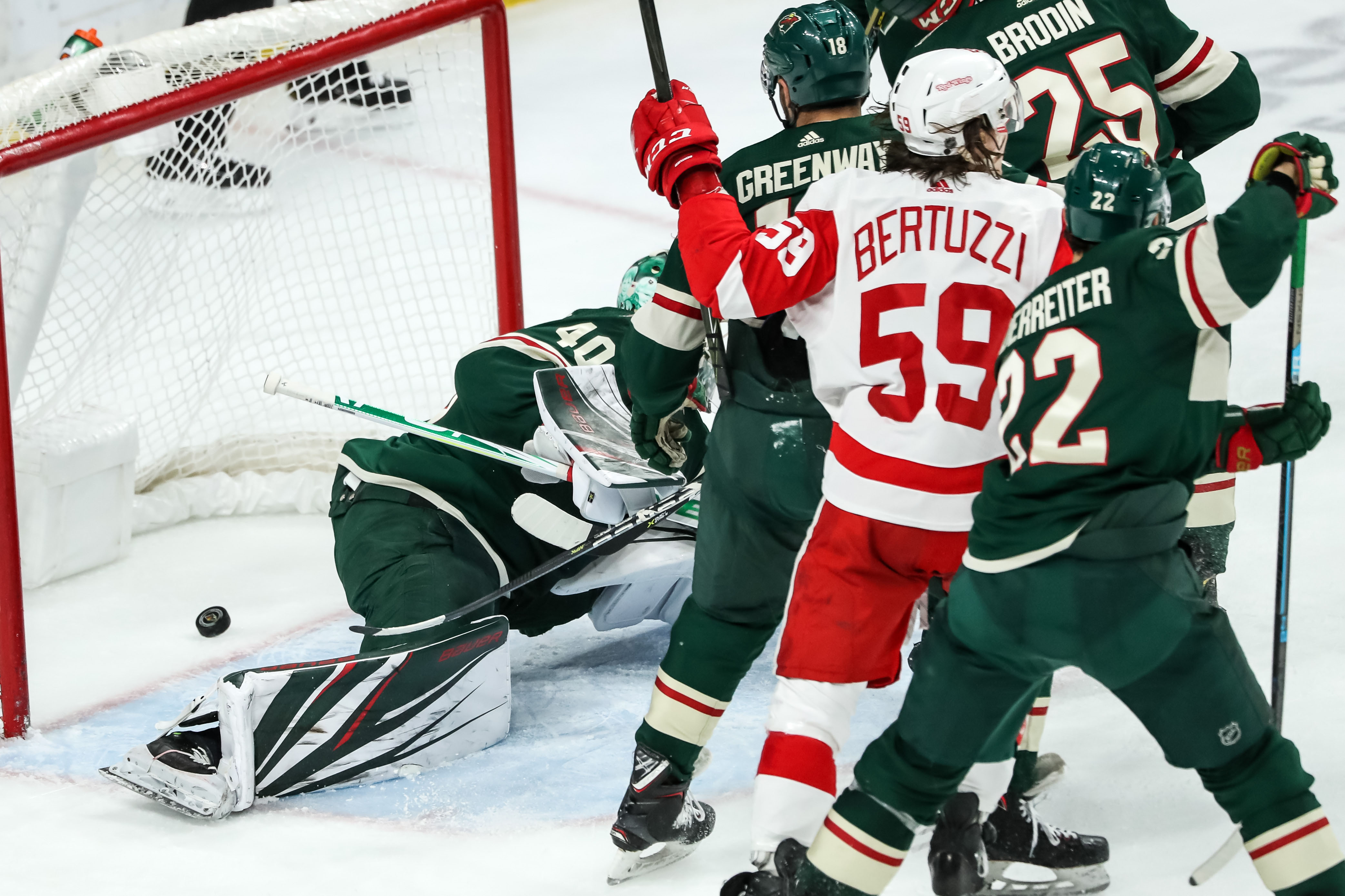 I can’t tell you how long I’ve been staring at my screen. One would think that after last night’s successful showing at Madison Square Garden, I would have a lot to say, but that’s not the case. I’m worried that is was but a mere flash in the pan. You all know, we’ve seen the occasional, brief bright spot, and then sink back into the abyss of from everything from mediocrity to all out disappointment. And let’s face it, the New York Rangers aren’t exactly a great team. They’re very much like the Minnesota Wild, in that they too are trying to figure out how to turn things around. I mean they’re not the Nashville Predators, or Winnipeg Jets, Tampa Bay Lightning, or Boston Bruins. So let’s all hold off on breathing a sigh of relief just yet.

You see, the Wild have some past history that should make you take a pause in planning your Stanley Cup parade route (I hope none of you are truly that delusional). Let’s hop aboard the wayback machine, and journey back three years. We were pretty much in the depths of despair. We were in the last days of the Mike Yeo reign. Things were looking bad, and many were probably wondering if we were going to embarrass ourselves on the national stage with the upcoming Stadium Series game against the Chicago Blackhawks. Thankfully we were spared by that indignity, when then General Manager Chuck Fletcher fired Yeo a week before that game (after losing 13 of the previous 14) and hired interim coach, John Torchetti. Initially after that change in coaching, we saw an impressive change of fortune. The Wild convincingly beat the Blackhawks in the outdoor game as well as the three games before that important one. Yet even with that change, things were a bit up and down, yet still a vast improvement over Yeo’s time at the helm. However, while it seemed like things were better, you need to remember that even with Torchetti coaching, this team lost the last five games of the regular season and got bumped from the first round by Dallas in six games. So we were left with the question, is it the team or the coach?

Last night, we saw a team that skated much, much better. With that alone, it was going to be a better game. Let’s face it, if you can skate you stand a much better chance of winning, or at least looking competitive. I was a bit worried in the first five or so minutes of the game last night. The Rangers appeared to be out-skating the Wild, and seemed to have a better sense of communication. Minnesota looked a little too loose for my liking. Yet, they found a way to get themselves under control and turn things around. With the exception of the soft goal that Devan Dubnyk get through his legs and some moments in the third period where it looked like the Wild might revert back to their old ways, I felt much better. There have been some rumblings out there that head coach Bruce Boudreau should be fired. I would like to remind those types that that is a knee-jerk reaction. We’ve been down this path before, with Todd Richards and Yeo. Considering that we get the same results with this team with different coaches, we could have had Scotty Bowman at the helm and probably still have these same issues.

Now, current General Manager Paul Fenton has some serious decisions to make. While we didn’t exactly get a boost when he traded Nino Niederreiter we did get more of a boost with the Charlie Coyle trade. The infusion of youthful enthusiasm and invincibility by Ryan Donato will hopefully spread to others. I love that Boudreau had the new guy on the ice in all situations. I love that he was on the ice for the opening face off. I love that he got significant power play time. All I hope is that that trend continues. Again, if we go back to the Wild’s past, this team has a habit of limiting younger, faster players to just even strength play, and even that play is limited. We have yet to see if Donato will see the ice during overtime or shoot out. You know, times when you definitely need players with a shoot-first mentality. And if this improved play continues and Donato is at the center of it, what happens when Wild captain, and all around wet blanket, Mikko Koivu returns from injury? Also, if the Wild slumps again, will Fenton make a quick deal before Monday’s trade deadline?

Tonight’s opponent, the Detroit Red Wings, is good practice to work on improving your skating, shooting, and scoring skills. Just like the New York Rangers, the Red Wings aren’t exactly a tough opponent. Well for most teams they’re not. Even when the Red Wings have been down in the dumps now, the Wild seem to have a mental block. They keep thinking that Detroit is a great team and play them like they can’t beat them. They certainly have a better record than the Wild in their past ten games. And that makes me nervous. We don’t know what team will show up. I know I certainly don’t trust this team. This team is so fragile, that all it takes is for some of the veteran players to sulk a bit, and we’ll have thrown away any progress that was made last night.

So I guess for now know what to say when I started this, I found some words. I just hope that we’ll have more to say after tonight and the nights going forward.