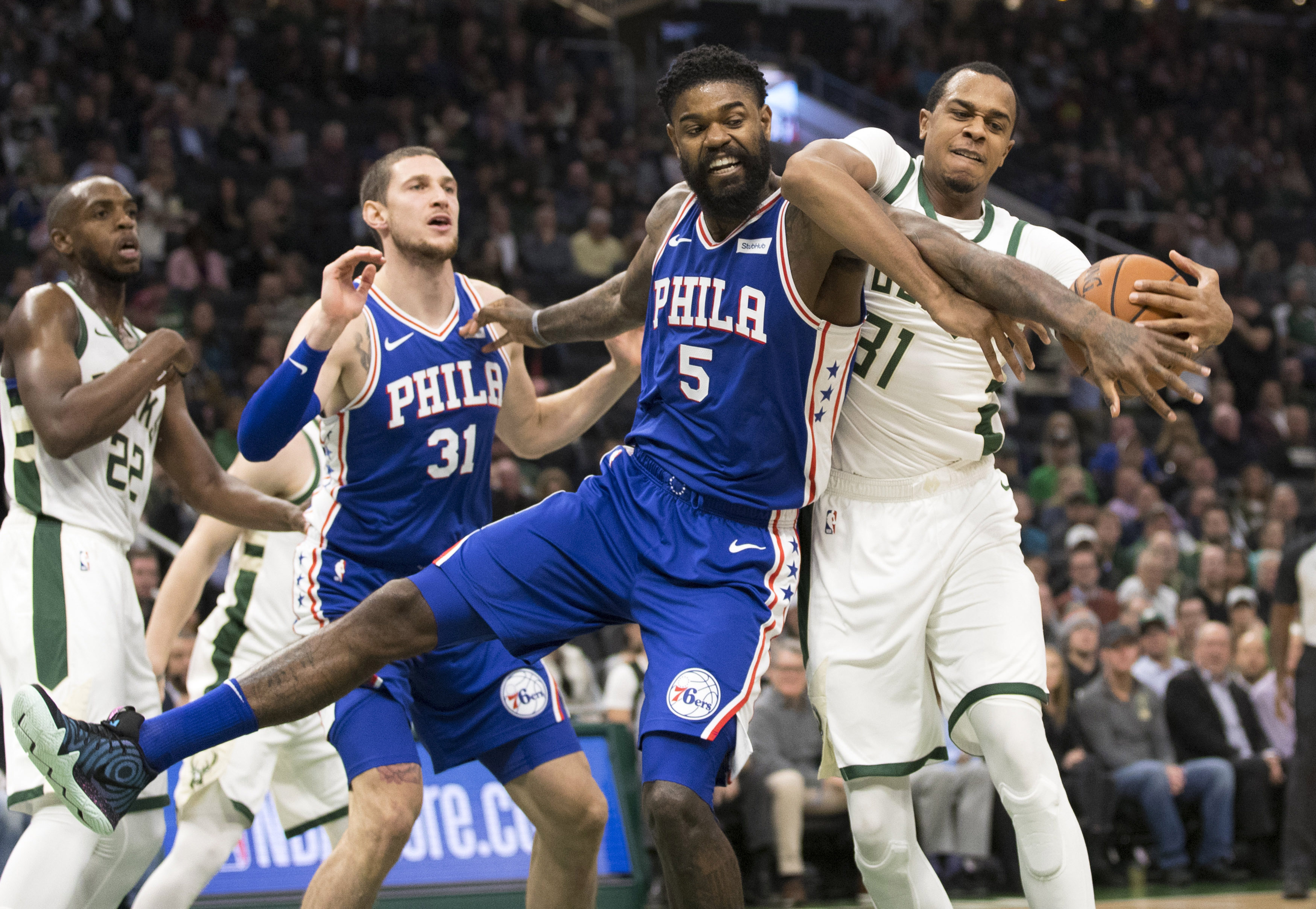 It’s not all about the money for Sixers’ veteran big man, Amir Johnson.

Last season, the Philadelphia 76ers got a fair amount of use out of one of their highly-respected veterans, Amir Johnson. Although Johnson wasn’t what you would consider a staple to the team’s success, he definitely had his fair share of high moments for the Sixers throughout their playoff run in 2018. Despite helping the team out though, Johnson’s production wasn’t enough for the Sixers the following season.

At the beginning of the 2018-2019 season, the Sixers were a completely different team in comparison to now. There was no Jimmy Butler, Tobias Harris, or Boban Marjanovic. And Jonah Bolden was injured. So with that, Johnson saw his fair share of minutes. Unfortunately for the veteran, when the Sixers went on to make some of their signature moves that upgraded their team, Johnson became chopped liver to Brett Brown.

As of right now, Johnson is averaging nine-minutes-per-game. He’s only appeared on the court once in the last ten matchups. And even with Joel Embiid out for a week, it doesn’t seem like Johnson is going to get any sort of minutes off the bench. So with that, he’s requested to get sent down to the G-League to play for the Delaware Blue Coats.

#Sixers veteran center @IamAmirJohnson will play for the @blue_coats tonight. The reserve approached the #Sixers about going down to their #GLeague affiliate tonight to get playing time. He will be re-assigned to the Sixers in time for tomorrow's game against the #Blazers.

According to the Philly Inquirer’s Keith Pompey, Johnson made a personal decision to join the Blue Coats. Although he will play for Delaware on Friday, Johnson will get called back up to the Sixers in time for Saturday’s game against the Portland Trail Blazers.

Will Johnson see playing time with the Sixers on Saturday? It’s doubtful. All in all, though, it was a respectable move by Johnson to request playing for the Blue Coats this week. Unlike many other veterans, Johnson swallowed his pride and made it known that he just wants to play basketball. It’s very rare to see a 14-year veteran request a move down to the developmental squad.