The Most Important Brave in 2019 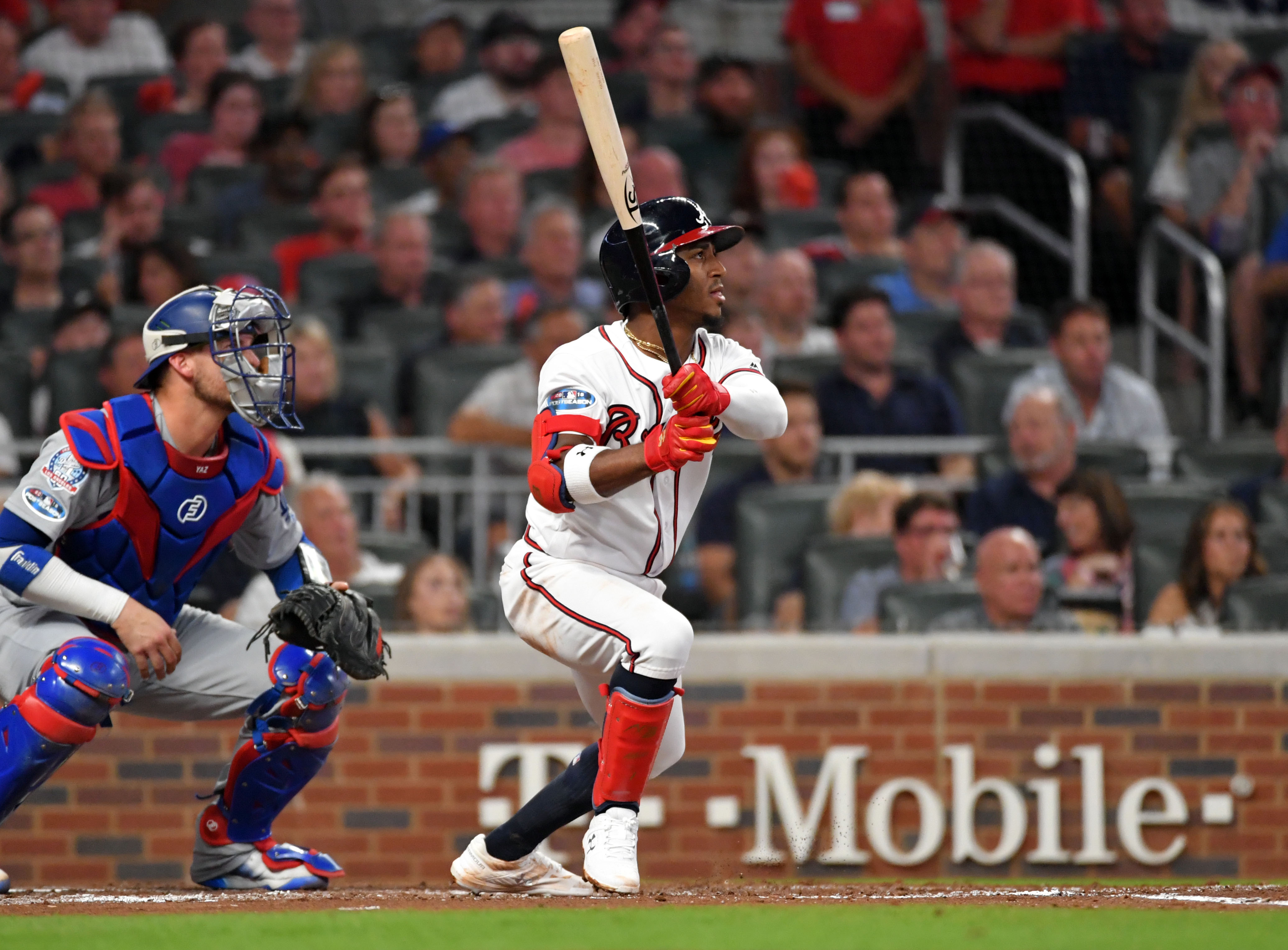 The Most Important Brave in 2019

Who is the most important player for the Atlanta Braves in 2019?

Some might argue Freddie Freeman. He is the accepted leader of the franchise and a potential favorite for MVP every year. But he’s not the most important Brave. Neither is Josh Donaldson, one of the best hitters of the last seven years. It’s not even Ronald Acuña Jr., the reigning Rookie of the Year and all-around badass with potential off the charts. You could suggest Mike Foltnewicz, who took a huge step forward last season. Or maybe you want to argue that the most important Brave is one of the cadre of top prospect arms like Mike Soroka or Touki Toussaint. Hey, A.J. Minter deserves a mention as well.

But, in my opinion, you still come up short. The most important Brave in 2019 is Ozhaino Jurdy Jiandro Albies. To borrow a phrase from Reggie Jackson, for the 2019 Braves, Albies is the straw that stirs the drink.

It wasn’t always supposed to be this way. Back in 2015, as Albies flashed unreal ability as a teenager for the Rome Braves, sure, we were excited. And then in 2016, as he climbed from Double-A to Triple-A, we were damn impressed. But Albies struck many as a guy who might hit for a good average, but probably not walk enough or flash enough power to be a real difference maker. He was a better Jose Peraza. That’s still good – a blue chip prospect – but maybe not a cornerstone of your team.

But some saw the power potential. One such person wasn’t a prospect expert or analyst, but Chipper Jones, who worked with Albies in 2017 to unlock some power that we hadn’t seen before then. He bashed nine homers for Gwinnett over 97 games that season – two more than he had hit before 2017. Albies added a half-dozen more in a 57-game run in the majors to close the year.

And then came 2018. There were a lot of good things to take away from the season. And some not-so-good. Let’s start with the positives. He blasted 24 dingers, which is good for anyone let alone a guy with a listed weight of 165 pounds. Using world-class speed, he swiped 14 bases and was caught just three times. He also added 40 doubles, had 8 defensive runs saved, and was a first-time All-Star.

But the negatives were there as well. Albies swung the bat a lot. And I mean, A LOT. In 2018, major league hitters swung the bat 46.6% of the time. Without Albies, that average wouldn’t even be that guy because he swung 56.2% of the time. Yep, that’s a total of 10% above the league average. And it’s not because Albies was getting an abnormal amount of strikes. In fact, the ball was in the zone for Albies a shade over 2% LESS than the major league average. Like a 70’s free spirit, Albies just loved swinging.

To his credit, Albies makes a good deal more contact than the average hitter. But the problem was that he was making bad contact quite often. Ever heard the adage that the best pitch to hit is the first one? Well, that can often apply for hitters, but if you show a tendency to swing at the first pitch (Albies rate was 15% above average), pitchers pitch away from that tendency and give you slop. As the book became more known about Albies, a profile was developed.

Now, against lefties, Albies continued to mash. They couldn’t find a dependable way of getting him out. But against right-handers – the majority of the league – the profile was simple. Throw him low offspeed and breaking balls and then tail a fastball high and over the outside corner and he’ll get himself out. Albies had already developed a reputation at handling anything over the inside of the plate with ease. Now, he had to adjust to the new scouting report.

And adjust, he did not.

That’s not to say Albies didn’t try to adjust. Surely, he did. But the results showed that the book was out on Albies and boy, that page-turner was a rough one. After coming out the gate, bashing the ball all over the ballpark, Albies’ exit velocity crashed after June.

And things continued to bottom out.

Now, the Braves had a guy hitting the ball with less authority, swinging at everything, and now missing the ball completely more often. It was a worse-case scenario for the Braves, who needed all the offense they could get with Nick Markakis coming back to Earth and Adam Duvall forgetting what a baseball bat was used for.

But…it’s worth mentioning a couple of things. First, Ozzie Albies was 21 for the entire season. Albies and the Yankees’ Gleyber Torres became #104 and #105 in history to have a .750 or better OPS in their Age-21 season. Recent examples include Cody Bellinger, Carlos Correa, Rougned Odor, Francisco Lindor, Mike Trout, Giancarlo Stanton, and Freddie Freeman. What I’m saying is that it’s not a bad list to be on.

And to go a little further with the age factor, as we recently tweeted out from our Walk-Off Walk account, Albies has stepped into a batter’s box as a professional 2,672 times from the Gulf Coast League in 2014 to the NLDS in 2018. He has faced a pitcher who was younger than Albies ZERO times. That’s my favorite Albies stat.

Making adjustments on the fly is difficult. Albies didn’t have a chance to just sit down, practice his swing and approach, and then get back into action. He needed to try to figure it out on the job along with, ya know, helping the Braves secure a division title and punch their ticket to the playoffs. That was sort of a big deal so re-working a swing or an approach during the season was like putting duck tape on a big leak. Sure, you might be able to deal with the problem, but it’s still there. You just don’t have the time to work on the issues completely.

Albies has now had a full offseason to prepare for how pitchers were dealing with him. He had a wealth of video analysis to spot his errors. Hitting coach Kevin Seitzer was just a phone call away. And these are just the basics that help hitters better their game. With the advancements in how to apply biomechanics, swing plane, and other such topics that groups like Driveline offer, there is more available than ever to help players reach their full potential. I don’t know what Albies did over the winter, but I have to imagine he didn’t just take the whole winter off, ate Doritos, and binge-watched You, Fyre Festival, and The Ted Bundy Tapes. But if he did, he should check out Umbrella Academy next.

In the end, Albies is still a pup and maybe it’s too much pressure to put on him to be the x-factor this offense needs in 2019. Just the same, it’s go time. The 2019 Braves can be great. But it can’t all be Freeman, Donaldson, and Acuña shouldering the load. No other player has a shot to be as dynamic as Albies. Can Albies take the step forward the Braves need him to? I sure hope so. Because without the Albies of April and May of 2018, it becomes increasingly difficult for this team to go toe-to-toe with the other big boys in the National League.