Your Lunchtime Dump... Where we tackle the controversies 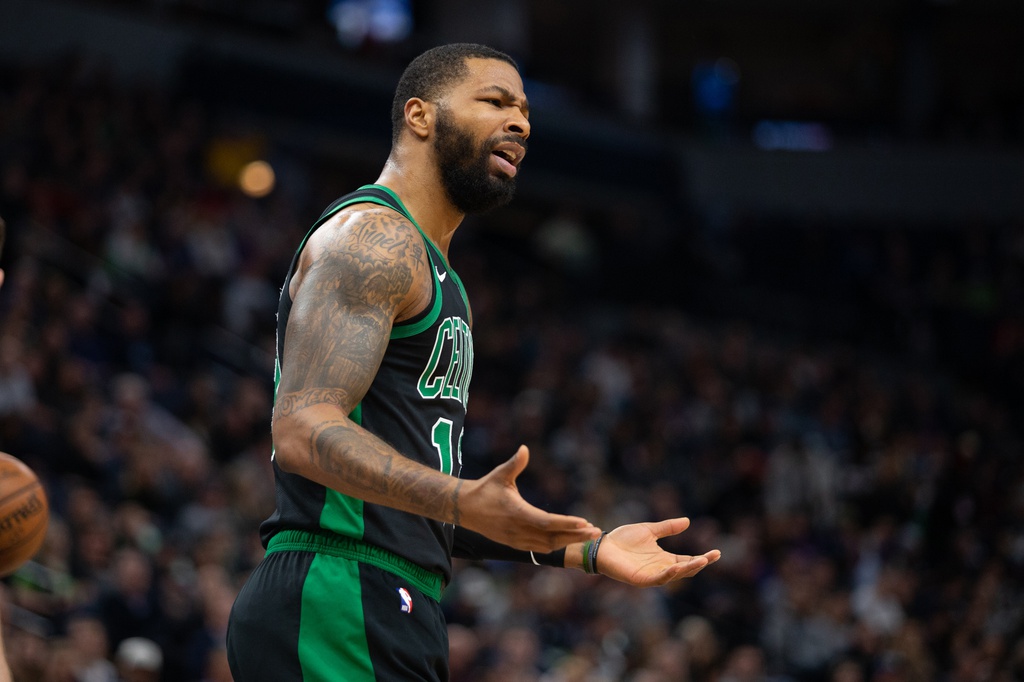 Your Lunchtime Dump... Where we tackle the controversies

“We were looking for Morris off of Kyrie’s down screen,” Smart told NBC Sports Boston. “Kyrie set a great back-screen and Morris . . . fell down. The dude was holding; he had been held. Once that play was done, the second option was for Kyrie. He (Irving) made a great play, got the ball up. We had a chance.”

It’s unclear on the replay whether Milwaukee’s Khris Middleton, who was defending Morris, had held him or made enough contact to throw Morris off stride with what the Celtics believed would have been a potential game-winning lay-up.

Following Irving’s miss at the buzzer, Morris was clearly upset at what he felt was a non-call, with Smart and assistant coach Jerome Allen trying to stand in between an upset Morris and the nearest official.

Was Morris fouled? The standard line is that if the official doesn’t blow the whistle there was no foul. At the same time, imagine that the players are swapped–it’s Kyrie getting knocked down after contact from Middleton while Morris sets a screen.

Odds are that’s going to be called a foul.

The league has had, still has, and probably always will have a bias in favor of its stars. Stars sell tickets. It’s not in the NBA’s interest for the game to be called ‘fairly’. And bear in mind that the Celtics have benefited from superstar officiating (Paul Pierce was exceptionally good at drawing fouls), as well as been the victims of it.

Bottom line: The officials never cost you the game. If the game comes down to the officiating, then you didn’t do enough to win. Period.

Page 2: Ainge on the Kyrie nonsense

“ESPN is our partner. I know that he doesn’t do all the things they (ESPN) even ask him to do,” Ainge said. “He has to do a lot of media stuff almost daily. So, I don’t know if Rachel Nichols was voluntary.

“… If he doesn’t do a certain amount of (interviews), then he gets in trouble. So, I wouldn’t say they’re interviews he’s just looking for.”

That’s important context: It’s not like Irving is calling Nichols to request a TV interview or asking reporters to gather around him to discuss his relationship with Kevin Durant.

These guys get paid a lot of money–and that money ultimately comes from you, the basketball fan–or you, the State Farm insurance policy holder, or you the new Toyota purchaser, etc. etc.

At the same time, they are a product that’s being sold. And that means they have to be part of advertisements.

At the same time, there’s a big difference between Kyrie’s logorrhea and LeBron’s carefully crafted bits of passive-aggressive sniping.

By now, everyone on the Celtics should know what Kyrie’s like when he’s got a microphone in his face:

When LeBron wants to get something done via the media, he makes sure that he delivers his message in the sort of short sound-bitable statement that the media loves.

In his mind, I’m sure he thinks he’s providing an honest answer to an honest question, but in reality, he’s just talking in circles, and if the rest of the team has any brains at all, they’ll just tune it out.

There are only four other Celtics (Larry Bird did it twice) to have tallied a stat line of 20-plus points, 17 or more rebounds, 5 or more assists, three or more steals and three or more blocked shots.

Here’s a list of the elite company Horford’s strong night put him in among all-time Celtics.

Ok. Setting a lower limit of *17* rebounds seems hopelessly arbitrary. Still, the basic point is there for the taking. Horford impacted a lot of the game.

But the real eye-popping stat is Bird’s ’82 line against the Hawks. And, for people inclined to doubt Bird’s brilliance, everyone else on that list is either a power forward or a center, but Bird logged the most rebounds of anyone in any of those games.