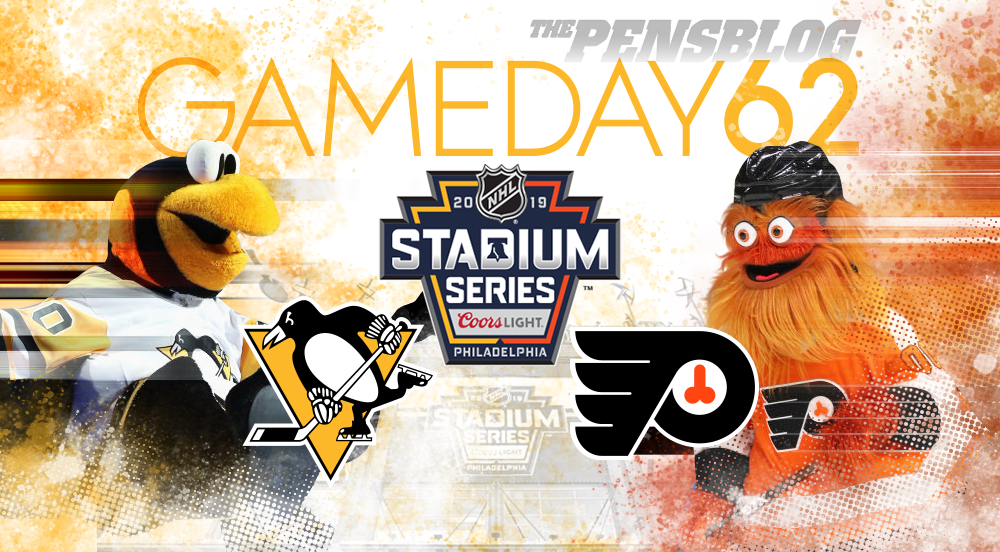 There’s a lot of shit throughout a hockey season. This year being a Pens fan can feel like Jon Snow watching over Castle Black waiting for the next assault that the Blog Boys TM must dispatch without prejudice.

The team is battling for a playoff spot and marred with inconsistent play on the back end. The Jack Johnson contract is the worst in hockey and the GM continues to publicly litigate it.

Portions of the online fanbase have tried to blame this on our franchise goalie, prompting 1,800 very good pieces from Jeff. The team got it’s ass kicked on Thursday. Things have been rough around here.

For one day, all that matters is kicking the shit out of the Flyers. I don’t need anything more than that to be fired up for tonight.

#Flyers goaltender Carter Hart has a lower-body injury and is expected to be out a minimum of 10 days. pic.twitter.com/b69WLB2CDv

Big Murr in the cage.

The weather report looks a little more encouraging at the moment. About a 40% chance of precipitation around gametime. Should be about 40 degrees.

Buckle the fuck up.