Is Jimmy Butler the real winner of the Sixers' big trade? 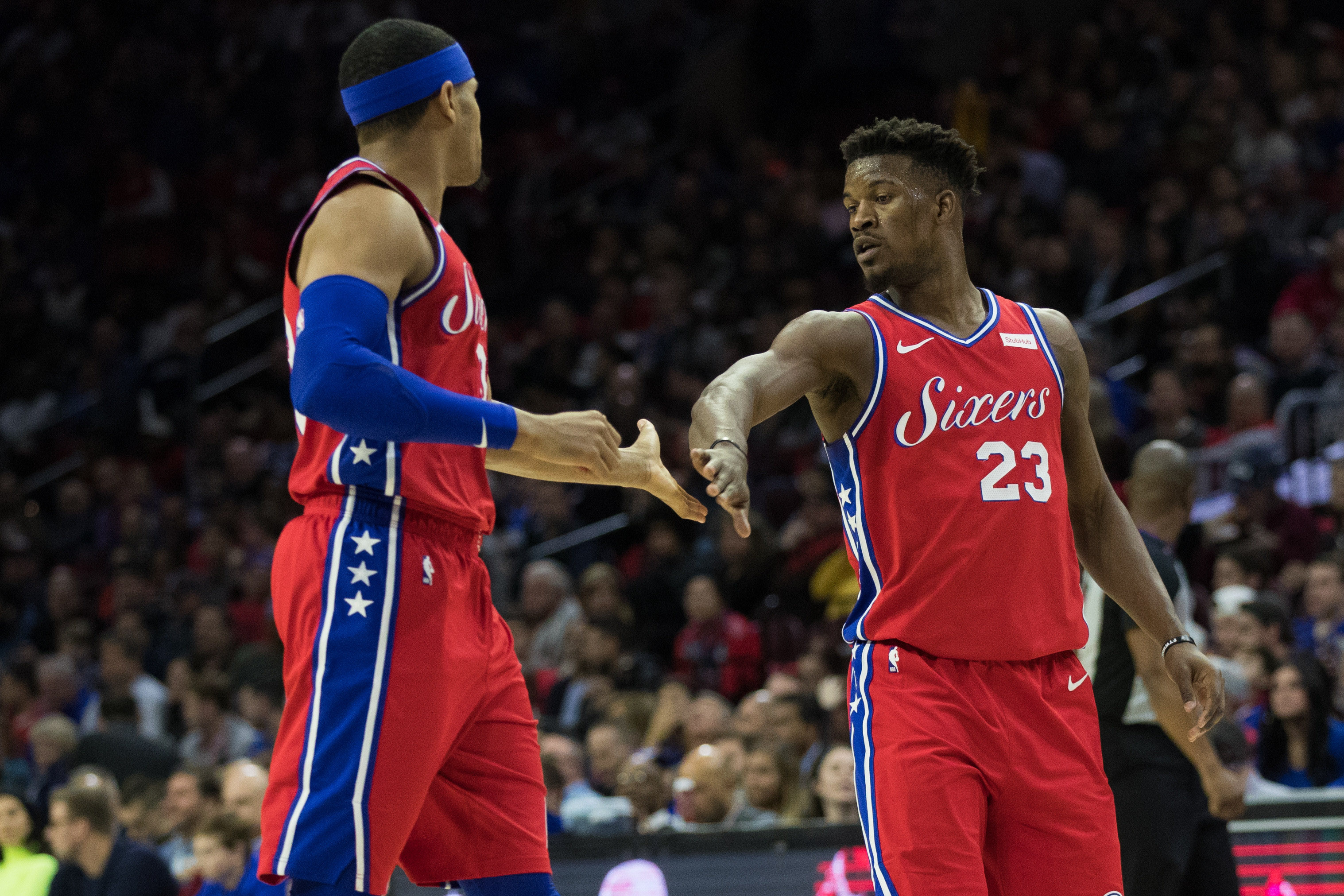 Is Jimmy Butler the real winner of the Sixers' big trade?

Ever since the big trade for Tobias Harris and company, Jimmy Butler has been much more productive for the Sixers.

The ongoing debate around Philly about whether Jimmy Butler was worth the trade for Dario Saric and Robert Covington needs to stop. Butler is a star. He may not be LeBron James, but Butler is a game-changer for Philly. If you take back that trade, who knows where the Sixers would be.

Could they be out of the playoff picture? Well, that’s debatable. However, I could almost guarantee you that the Sixers would not look as strong if it were Saric and Covington instead of Butler. That’s not up for debate. Elton Brand made the right move initially, but the Butler trade didn’t feel complete until the Sixers went out and got Tobias Harris from the L.A. Clippers.

The Sixers are 30.5 points better per 100 possessions with on the floor, the best mark on the team.

Are we still questioning the Jimmy Butler trade? surprisingly, I saw a ton of excitement for the Harris trade for strange reasons. Many believed that Butler may not be needed moving forward because Harris fills some sort of void. Why wouldn’t the Sixers want both guys on board? Especially after seeing how much better Butler is when there’s less pressure on him to be the star.

Will Butler be in the Sixers long-term plans? That’s unclear right now. Obviously, Elton Brand wants to keep him around, but it’s not time to start talking about new contracts just yet. We’ll see how the Sixers fare moving forward, as playoffs get closer. There’s plenty of time for things to change, but so far it looks like not only the Sixers were the big winners of the Harris trade, but Jimmy Butler was too.