Lehner and Greiss answering the bell for the Isles 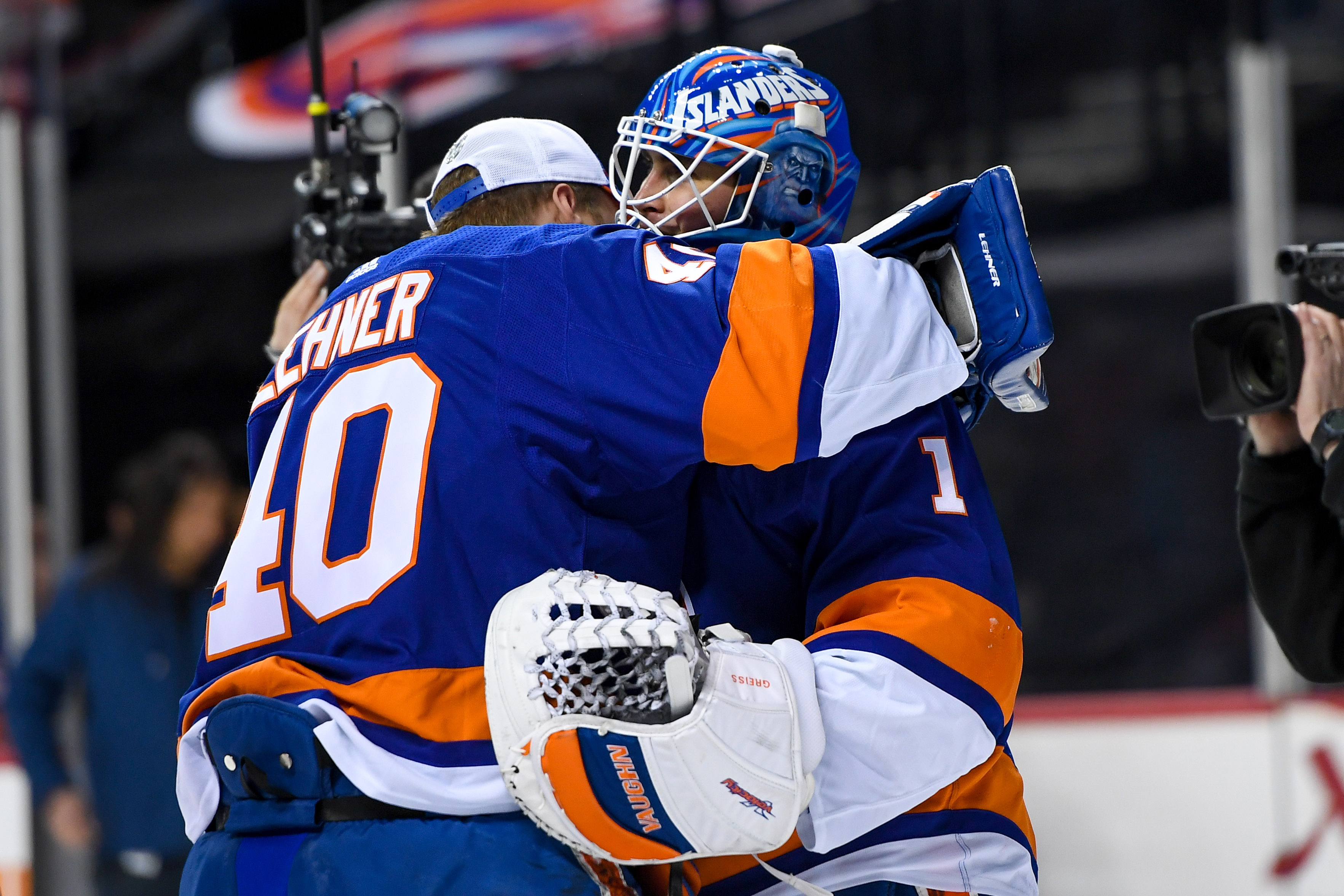 Lehner and Greiss answering the bell for the Isles

The New York Islanders are still sitting strong in the Metropolitan Division due to many bright spots this season, and goaltending has surprisingly been the brightest of them all.

Shining on the stat sheets have been Robin Lehner and Thomas Greiss, who sit among the top-five in the league, in regards to goals against and save percentage.

Lehner (18-9-5, 2.14, .928) was a major question mark heading into this season. Could he be reliable after shaky seasons in Buffalo and a nightmarish offseason?  The 27-year-old netminder has proven that not only does he belong in the National Hockey League, but deserves to be an NHL starter. He has been more focused and, even though it was not an easy start to the season,  he was able to find his game.

The play of Greiss (17-9-2, 2.26, .928) was also an unknown at the beginning of the year. Being part of the Islanders for the last four years, he was brought in to be a backup. When needed to play bigger minutes, it was a struggle. But this year he has really worked on his game and has taken the necessary strides to have success in whatever role the team has asked of him. He is calm and collected in net, focusing more on his positioning and rebound control.

Two unknowns in net for the Islanders.

The Islanders for a long time have truly struggled to get a goaltender who could be consistent between the pipes each night. It has been a problem that dates back to the days of Rick DiPietro.

After successful seasons he was signed to a massive fifteen-year deal. He was perceived to be the next Martin Brodeur, but we all know how that story ended.

Since then, veteran goalies have been brought in to bandage the wound that had been created. Bringing in goalies past their prime, such as Dwayne Roloson, Martin Biron, Evgeni Nabakov, and most recently Jaroslav Halak,  had been a short term fix, rather than a long-term solution.

It was not just the fact that there was no clear number one goalie, there were no strong goalies, period.

However, this season the Islanders have solved this problem. Their goaltending tandem is the best in the NHL right now, and may possibly be the best Islander tandem of all time.

What Lehner and Greiss are doing right now for the franchise is not something that can be overlooked. The reason it cannot be overlooked is the success of this team can only be discussed with both these goalies in the conversation.

Without Lehner, the Islanders are not in first and are not a playoff team. The same can be said about Greiss. Lehner may be considered the starting goalie, but he has played only two more games then Greiss.

And the Islanders have given them the recognition they deserve on a near nightly basis.

“Those two back there give us a lot of confidence,” Anders Lee said recently. “It’s just awesome to see. The more they keep playing like that the better we’re going to do. It’s just great to watch them be so successful.”

The duo has not been perfect. There have been some bad games, forgettable games, but at the end of the day, these two have answered the bell.

For now, the Lehner and Greiss have solved the Isles’ historic goaltending woes, but that doesn’t mean the two will be here forever.

Greiss has one more year left on his contract and it’s a very real possibility the Islanders re-sign Lehner, but the Islander goaltender of the future is sitting in the KHL.

Sorokin signed an extension with his KHL team during the summer of 2017, which will last until the 2020 season. Some of the KHL contracts have clauses for players to go to the NHL, but with the way Lehner and Greiss are playing there is no need for the Russian goaltender to get here just yet.

Going from weak goaltending to two strong goalies, and another developing, the Islanders can now focus on other aspects that need to be addressed.