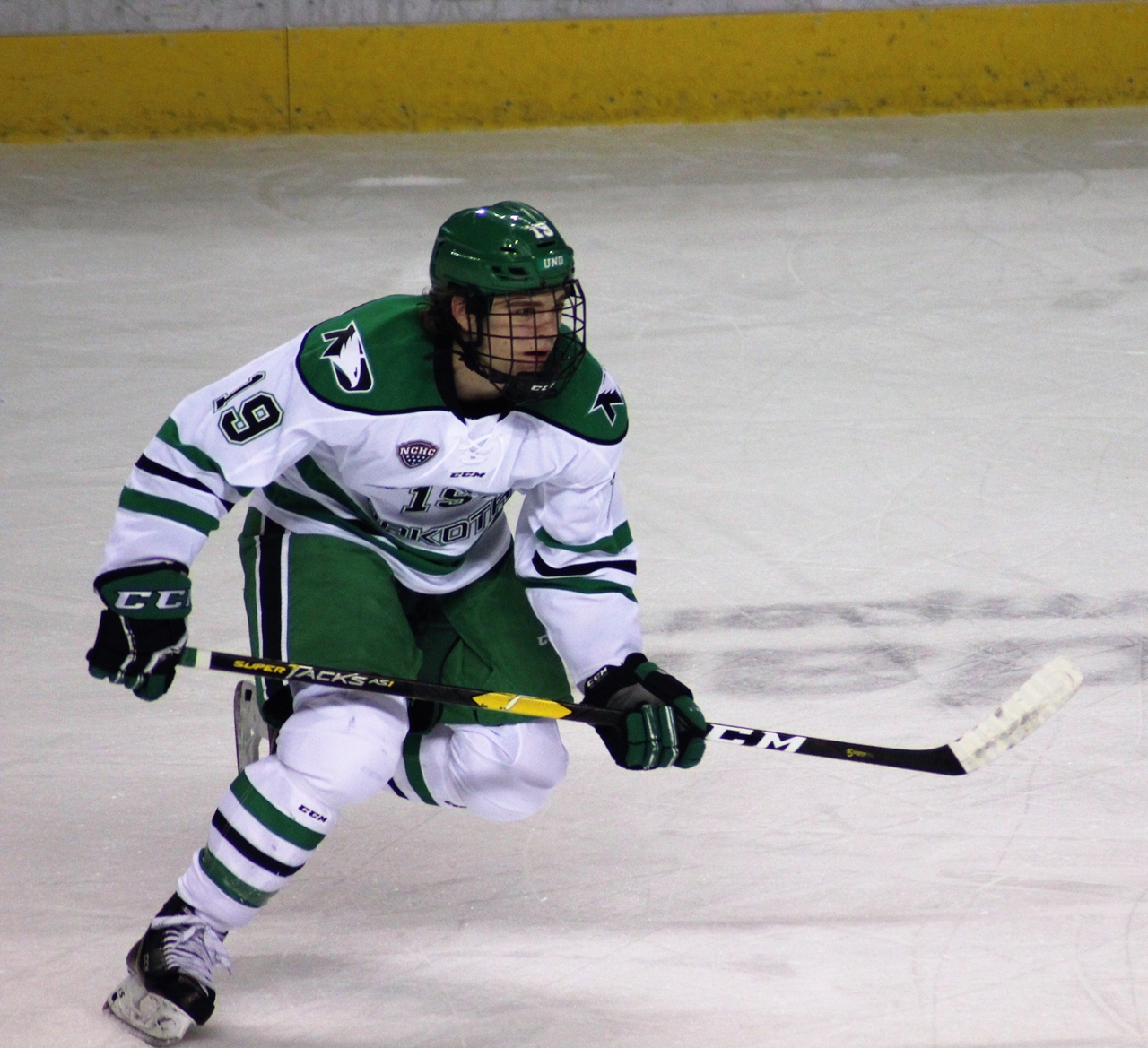 Grand Forks, ND – Originally, Mark Senden wasn’t supposed to be a member of the 2018-19 University of North Dakota hockey team. He was slated to play junior hockey and be the captain of the Fargo Force. Then, last summer, incoming freshman forward Carter Huber decommited and stayed home for personal reasons. Huber’s absence meant that Mark Senden was the next man up. Senden has made the most of his opportunity.

“I’m fortunate to be here, “Senden said. “I just give it my best every single day and don’t look back on it too much. I just keep looking to the future and keep progressing every single day.”

Since arriving at UND, Senden has progressed nicely.  Currently, he’s tied for seventh on the team in points (6g-6a—12pts), he’s also a plus-15. Senden has four multi-point games, two of them coming in the last three games. Friday, against the UMD, Senden had a goal and an assist, pacing UND past the third-ranked UMD.

Senden has also scored the first goal of the game in two of the last three games. UND has won both of those games. Four of Senden’s six goals have come during the first period.

On Friday night, Senden scored 44 seconds in to give UND an early lead. Forty-one second later, UMD would answer with a goal from Nick Swaney. At the 12:11 mark of the first period, UND would take the lead for good with a goal from Hayden Shaw. The Hawks would add two more goals to give UND a 4-1 win over the Bulldogs.

With the win, UND again is tied with the Denver Pioneers in the NCHC standings. Denver has a game in hand, due to a postponement back on January 18, 2019.