What should the Blues do with Robby Fabbri this time? 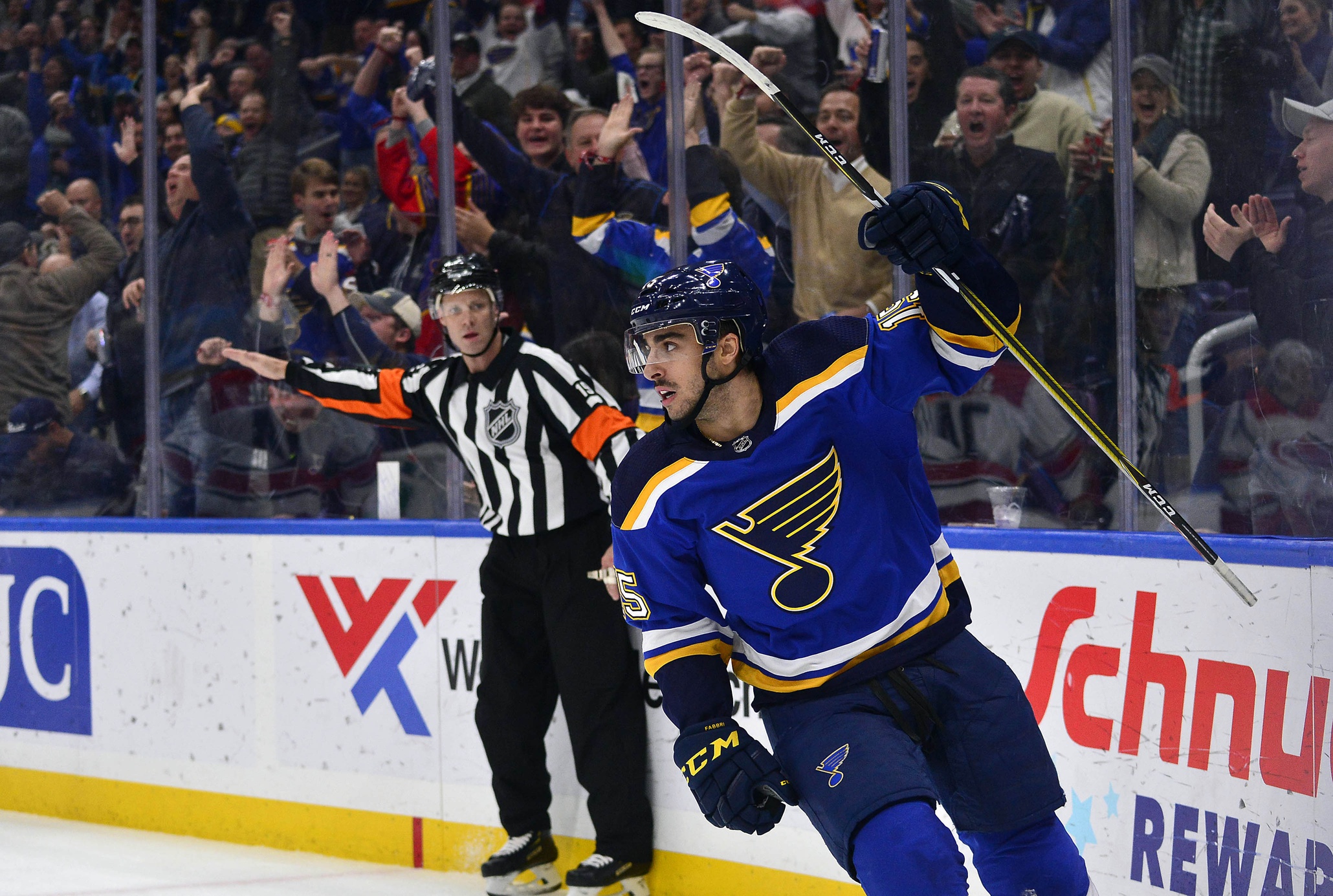 What should the Blues do with Robby Fabbri this time?

Robby Fabbri‘s play so far in 2018-19 has created a bit of a tricky situation for the St. Louis Blues. Given a one-year, $925,000 contract over the summer, Fabbri was asked to prove he’s healthy and productive enough for a larger contract. So far, things haven’t gone according to plan.

Through 26 games this year, Fabbri has two goals and three assists. His play on the ice is lacking any of the confidence and swagger that made him such an interesting player to watch when he was healthy in his first two seasons. The 23-year-old averaged 0.25 goals per game in 2016-17, 0.21 goals per game in 2017-18 and 0.07 goals per game this season. His Corsi For % at even strength, which measures whether the Blues had control the puck more or less often while he was on the ice, checks in at 47.2. That’s not too good and is the lowest mark of his career.

Unfortunately, injuries have played a massive role in his young career. While it was easy to hope that 2018-19 would see Fabbri look like a lethal offensive weapon the team saw glimpses of a couple years ago, the season has been more of a transitional period for the forward. He hasn’t seen a ton of playing time – a fact that probably hasn’t helped his ease back into the speed of the NHL following his injuries – and he isn’t looking very sharp in the time he has received.

So, what do you do if you’re the Blues? This isn’t the first time we’ve had to ask this question.

An ideal scenario would see the Blues inking Fabbri to another one-year contract that once again asks the forward to prove himself. While it may sound a bit redundant to repeat the same cycle from this season, Fabbri is still pretty young, has a decent amount of NHL experience and should be affordable. It’s difficult to imagine too many teams splashing out any kind of significant money on a player with such a colorful injury history and a fairly underwhelming 2018-19.

Ultimately, it may come down to whether the Blues truly believe Fabbri has another level following his injuries and whether they feel they have enough room on the roster for him to work on his game. With a player like Jordan Kyrou waiting in the wings, the Blues might not have enough space depending on what happens this summer.

It may not be time to give up on Fabbri quite yet, but the clock is ticking.