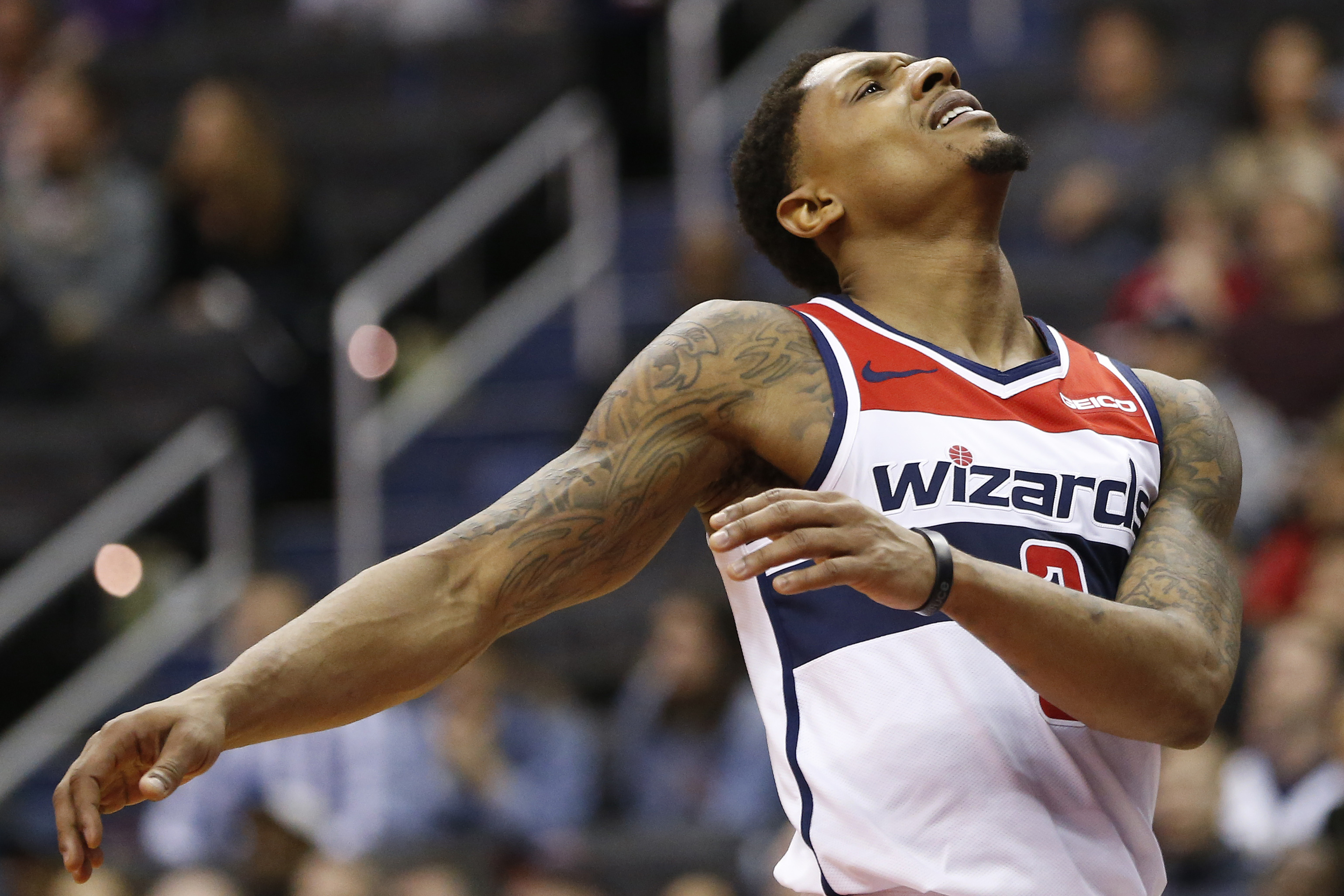 The Washington Wizards may not want to admit it, but their season is going to end on April 9 after they play the Boston Celtics in Game 82 of the regular season. At 24-36, the Wizards are 4.5 games back of the No. 8 Charlotte Hornets who they just lost to on Friday night in essentially a must-win game. Washington is on pace for a mere 33 wins this season, which is simply not going to be enough to get into the playoffs, even in the Eastern Conference, despite their publicly stated goals of reaching the postseason for the fifth time in six years. After losing to the Victor Oladipo-less Pacers, who they had just beat last month, the Wizards are close to hearing the fat lady sing.

At this point in the season, Scott Brooks is grasping at any possible tweak out there to get more out of this current roster. In the second game back from the All-Star break, he benched 21-year old center Thomas Bryant in favor of the recently acquired Bobby Portis. Who starts a game does not matter as much as people think relative to who finishes the game and who sees the bulk of the action. Brooks rode the hot hand on Saturday, which happened to be Bryant. The second-year player finished with 23 points on 9-of-11 shooting including 3-of-4 from deep and 12 rebounds in 31 minutes of play. Portis, on the other hand, only received 17 minutes in which he scored seven points and grabbed three rebounds.

After being down as many as 17 points, the home team was within two points with under six minutes to play in the game, but they just could not get over the hump to tie or take the lead. The Pacers pushed their lead out to 11 points with 92 seconds left in the game, but the Wizards did manage an 8-0 run with a chance to then tie the game. After a bad pass turnover from Darren Collison, Indiana’s 23rd miscue that was one more than Washington’s 22, Bryant had the ball with 18.9 seconds to play. Brooks opted not to call a timeout to set up a play and Bryant ended up launching a three-pointer from the left slot that barely grazed the iron to seal Washington’s doom.

Bradley Beal is pretty much doing all that he can at this point, but he simply does not have anywhere close to enough help around him. The most alarming thing is that he will not have enough help around him next season either if the organization is simply trying to run it back for the umpteenth time. The two-time All-Star had 35 points and six assists in 41 minutes of play including all of the second half. Beal’s minutes workload has been unsustainable for two seasons now even though Brooks will constantly say he wants to get them down for his shooting guard and others. The 25-year old may just sneak his way onto an All-NBA roster this season, which opens up all kinds of questions about whether he signs a supermax contract to stay in D.C., but for right now Beal is just trying to figure out how to get his team to play harder.

Bradley Beal on the #Wizards' poor defense early: "Our effort just wasn’t there on the defensive end. … They were bullying us in the paint. That’s pretty much what it came down to until we wanted to get down & guard for 24 seconds. Unfortunately, it didn’t come until the 4th." pic.twitter.com/Z15Jv3eRt7

Despite meaningless coach speak from Brooks about how “we fought, we played hard” or even Bryant saying that the Wizards are a good defensive team when they “play like it”, the bottom line is that they do not put it together for 48 minutes a game 82 times a season. Beal knows it and stressed it after the game without calling out any names since that isn’t his nature.

“Scoring is not the problem. That’s not our problem. It’s just a matter of defending and getting stops, controlling all the stuff we can control. You’re not always going to control the ball going in, but you can control how hard you run, how hard you play defense, your boxing out, all the stuff that ends up hurting us. We can control all those things and it’s just a matter of doing them and I got to be better, too.”

Bradley Beal still believes the #Wizards can get to the playoffs: "Scoring is not the problem. That's not our problem. It's just a matter of defending and getting stops, controlling all the stuff we can control. You're not always going to control the ball going in, but …" (1/2) pic.twitter.com/znvPOrPOQz

Washington made a win now move when trading for Trevor Ariza in December, but made a money now move that probably makes them worse at the top by trading away Otto Porter and Markieff Morris. They have one foot trying to make the playoffs and one foot trying to count their pennies. Ted Leonsis has already claimed, which is turning comical by the game, that the Wizards will never tank and that he wants to make the playoffs. That probably does not happen at this point. I asked Brooks, who will still have two-years and $14 million left on his contract, whether he priorities short-term goals over long-term. You and I know the answer to that is he is doing what he can to make the playoffs now to avoid the hot seat, but he would not admit to mortgaging the team’s future in such an attempt.

“It’s always focused on everything,” Brooks manufactured together. “It’s what I get paid [to do]. You got to think [about] a lot of different things. We’re still fighting, we’re still going to fight as you see the guys tonight. They’re not going to give up, I know the group of guys we have, they’re not going to give up. We have a lot of things we have to clean up, a lot of things that we will learn as we clean up things as we go along and a lot of guys are getting great experience that did not have much experience going into this year. With that being stand, yeah, I’m looking at everything.”