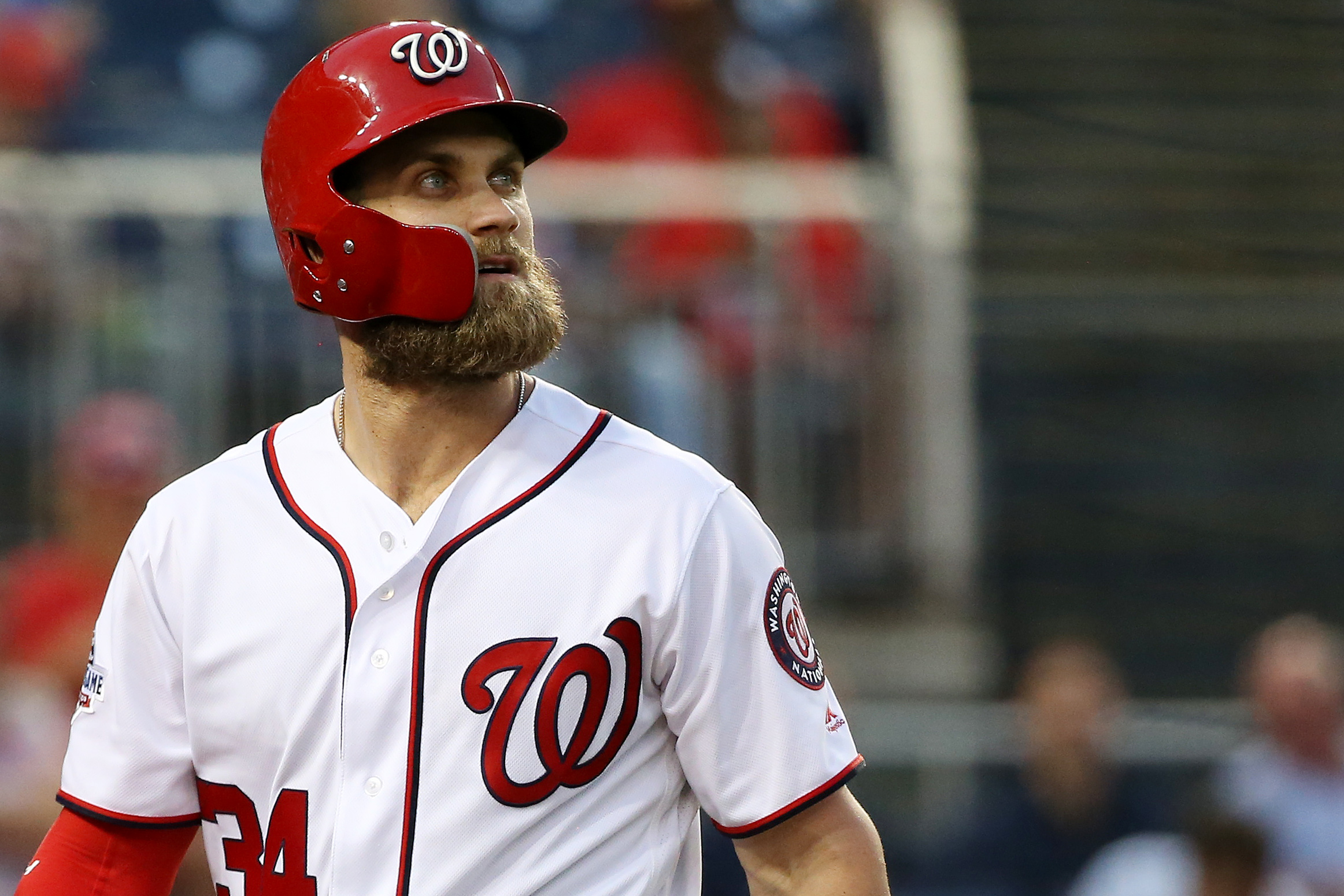 Superstar slugger Bryce Harper has likely played his final game as a member of the Nationals, but it appears he’ll be staying in the NL East, just not for Washington.

Rumors have been pointing toward Harper landing with the Phillies for at least the past week now, as the Nationals, Giants and White Sox have been in the mix as well, but Philadelphia figures to give him the best chance to win, and it also has the most money to spend. There’s plenty of cap room to make it work with Harper, as well as another big-name free agent or two, such as Dallas Keuchel or Craig Kimbrel, in addition to having traded for JT Realmuto a few weeks ago.

But the latest rumor is a major one, and it comes courtesy of Bleacher Report. Apparently, Harper’s deal with the Phillies is done, and he’ll be signing an 8-10 year deal worth roughly $330 million, with the official announcement coming on Wednesday.

Bryce Harper is signing with the Phillies.
Around 330 over 8-10 years.
Wednesday press conference.#LefkoeLock

No word from Harper or superagent Scott Boras as of yet, and B/R is the first outlet to report this major update. But it could be true, as Harper met with Phillies managing general partner John Middleton in Las Vegas on Friday night, so it’s possible the two signs closed on a deal, in principle, and are just ironing out the minor details/incentives. Stay tuned.