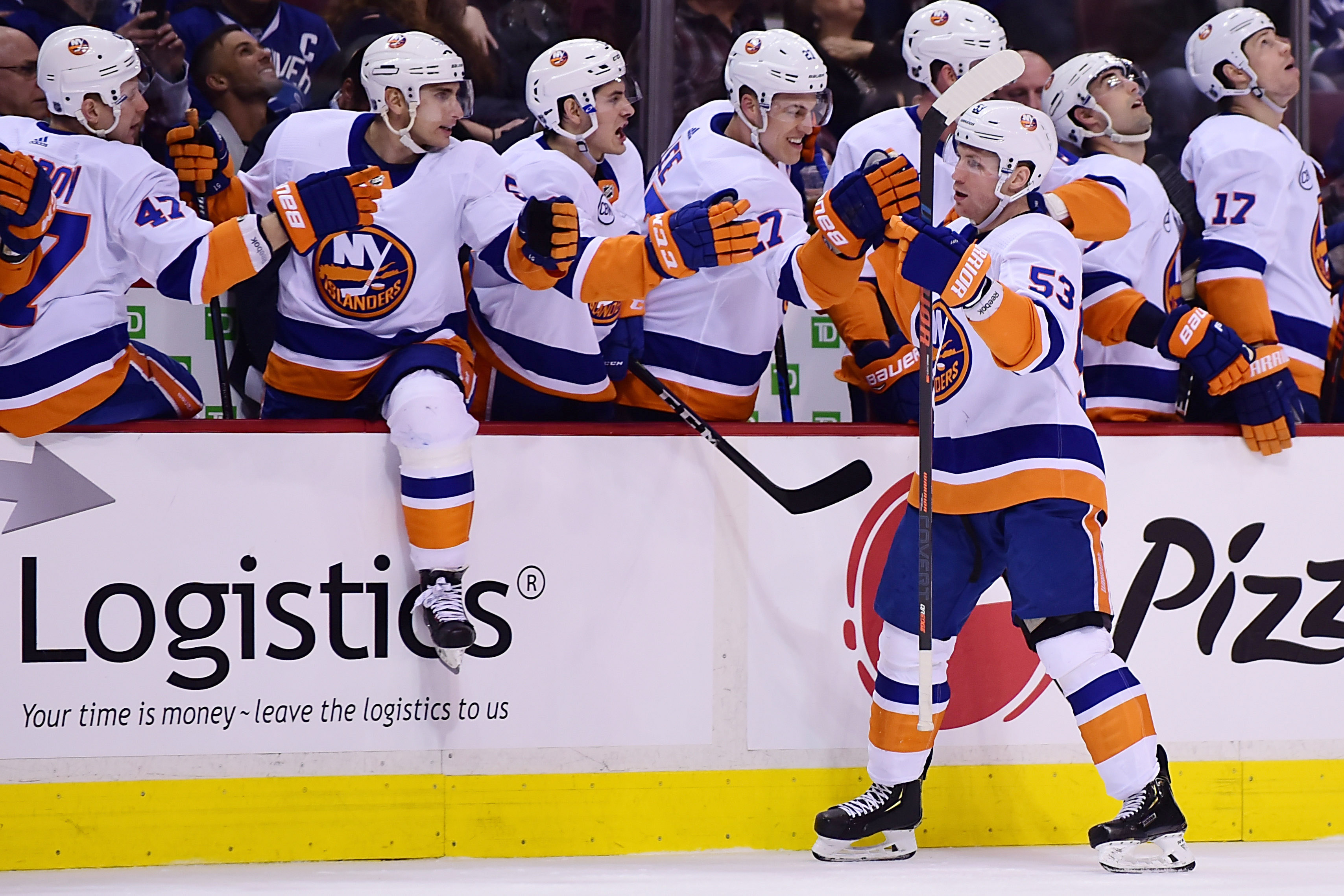 The Islanders — sitting with a two-point lead in the Metropolitan Division over the Washington Capitals — were expected to be big players this time around. Instead, general manager Lou Lamoriello kept the Islanders intact as the 3 p.m. deadline came and went on Monday.

The decision to stand pat has divided the fans, but the Islanders GM was in a peculiar position heading into this year’s deadline. The Islanders have been the surprise of the year in the NHL after being left for dead in the eyes of many experts following John Tavares’ July 1 departure.

The Islanders have done just the opposite. playing some of their best hockey in years and skyrocketing to the top of the league. Forcing Lamoriello into a spot where he had to weigh just how much short-term success was worth and if he was willing to risk longer term.

The answer became clear as Lamoriello addressed the media at the team’s East Meadow practice facility 20 minutes after the deadline passed.

“If there was something there that would not have affected all the tangibles and intangibles we spoke about it certainly would have taken place,” Lamoriello said. “You always have to think of the future and the present. We’re in a foundation situation as an organization and trying to get ourselves in a span of winning over a number of years. I’d like to think that’s the position we’re in right now and that’s what we’re trying to build.

“Right now we just have to continue doing what we have been doing and raising our game, which I believe we can.”

The Islanders have the chance to make some noise in the playoffs this year. Home ice advantage is also a very real possibility for the first time in several decades, but would a trade have made the Islanders any better than they already are?

The team’s power play has obviously struggled and the Islanders’ 2.78 goals per game are on the lower end of the league, so it’s easy to clamor for a player like Mark Stone. And it’s equally as easy to understand the disappointment about not being able to acquire him.

Still, the decision to fully finish off the evaluation of what the Islanders are was the right one by Lamoriello in the long run. Not even the general manager himself would have predicted that what was going to be an evaluation year has turned into a likely playoff year.

“I don’t think anybody standing here could have put on a piece of paper that we’d standing here at trade deadline in the position that we are in the league,” Lamoriello said.

This year has been fun for everyone, including the general manager, but it’s clear by Monday’s lack of movement that Lamoriello’s eye is as much on the future as it is on the present.