The Hammer Nails It 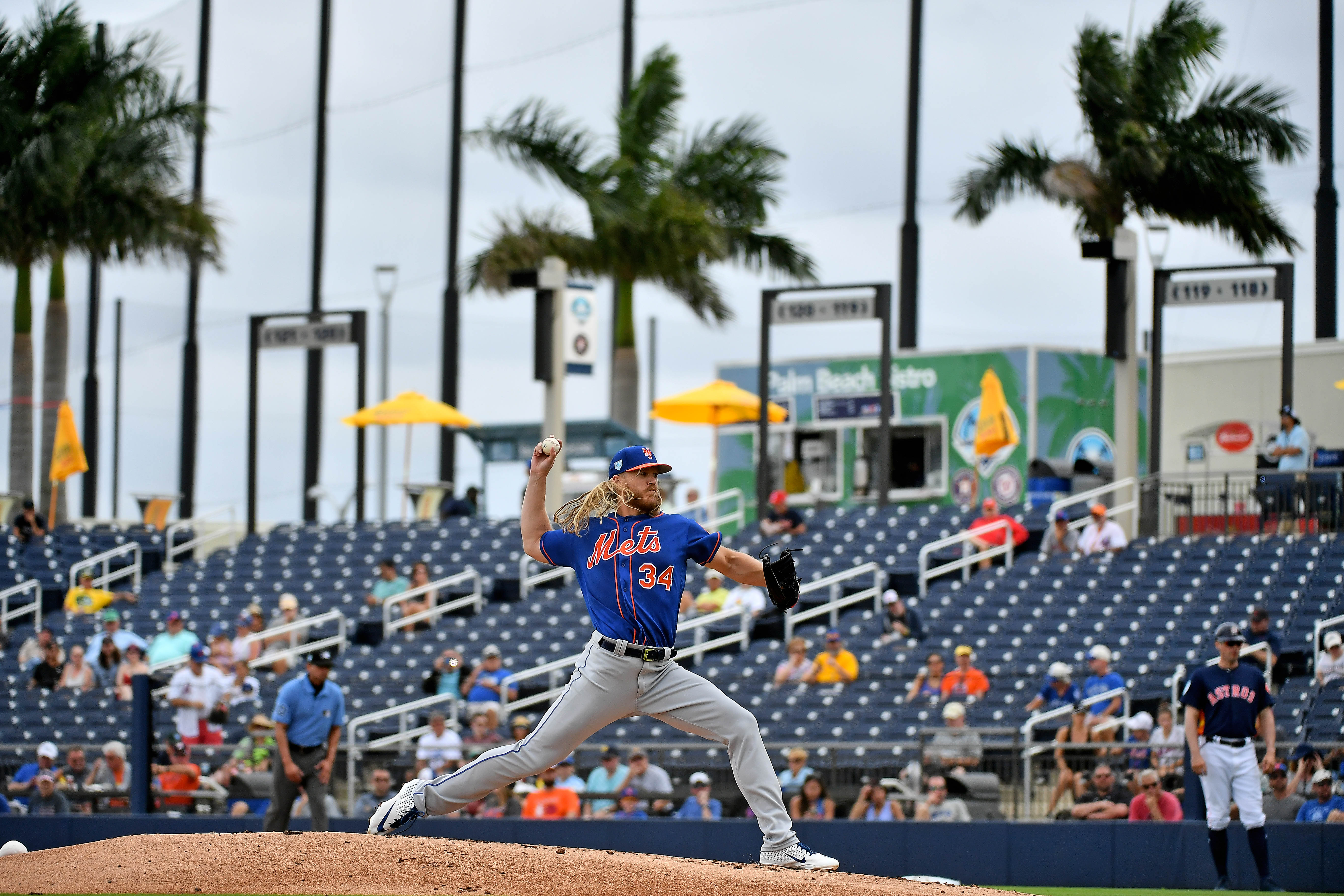 The Hammer Nails It

Syndergaard worked primarily with the fastballs for the first three batters of the game, who all made solid contact with it. Starting with Yuli Gurriel, Noah mixed in his off-speed stuff to excellent results as he seems to have command of it. Syndergaard struck out two batters in his two innings/28 pitches of work.

I’m not here to make any assumptions about Syndergaard’s two innings today outside of that. It’s his first spring game and he’s working on things. But he’s going to one of the small handful of players on this team who I think is really going to tell the story of the 2019 Mets. I’ve had high hopes for him all winter as I think being injury free will really go a long way towards Syndergaard having “that” season, just as deGrom had “that” season in 2018. If today was any indication at all … and it probably isn’t, then I think Syndergaard is on his way. But let’s see what happens this spring.

Syndergaard’s first inning was helped by Tomas Nido throwing out Josh Reddick stealing. What made it notable was that Nido threw Reddick out on a curve ball. It seems to be a taste of the plus defense we were told to expect from Nido. It’s too bad the backup catcher position is clogged ahead of him, as plus defense is something the Mets could use … especially for Syndergaard who always needs help with the running game. I would expect Nido to play an important part for this team at some point.

The Mets solidified their clubhouse in 2015 with the acquisitions of Juan Uribe and Kelly Johnson from Atlanta. You’d be surprised to learn that one of the young pitchers who went the other way in that trade has retired at the age of 25.

Good luck to Rob in whatever he decides to do going forward.