Top NXT Star Being Called Up To The WWE Main Roster?

Top NXT Star Being Called Up To The WWE Main Roster?

During his promo segment on Raw, Triple H introduced a group of NXT stars who would be showcased throughout the show. From the list of names he mentioned, one of those was former NXT Champion Aleister Black. From the recent set of NXT shows aired, it appears that the showcased stars returned back to the black and gold brand. However, the future of Black may be heading to a different path.

During an NXT Live Event in Daytona, Florida, Aleister Black defeated Dominik Dijakovic in the show’s main event. After the match, Black cut a farewell promo for his NXT fans, as it looks to be his final NXT match before officially being placed on the WWE’s main roster. Here were his words after the match:

“What a crazy week this has been in my life. What a crazy week. There’s always a few things that make me feel absolutely great, number one, obviously being a sports entertainer, a professional wrestler. Number two is coming home, right here in NXT.

“It doesn’t matter if you just came here today for the first time, this is a family right here. And believe me, I’m so, so proud I get to be a part of this family because this family—no matter where I go, after this—will always be my home. It truly is. If it weren’t for you guys, I wouldn’t be here. So, from this match to the first match I had in NXT, is all thanks to you.”

Last Week on Raw, Triple H introduced Tommaso Ciampa, Johnny Gargano, Ricochet and Aleister Black to the WWE Universe. Black had his first match on Monday Night when he interrupted Elias’ performance and defeated him with the vicious Black Mass kick. 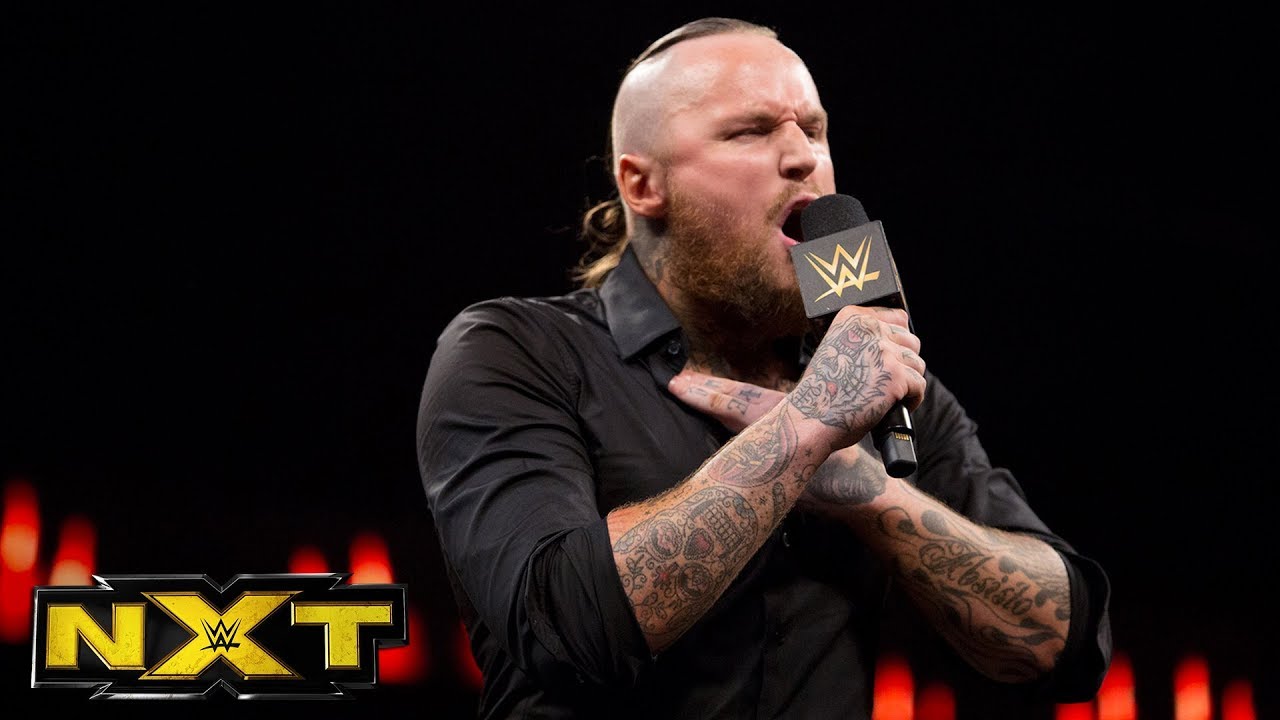 Black also competed the next night on Smackdown Live as he went one on one with his old NXT rival, Andrade. Black picked up a victory over Almas, pinning him after knocking him out with the Black Mass kick.

Based on his recent performances on Raw and SmackDown Live, it is pretty clear Aleister Black’s time in NXT is up. His time making a name for himself on the main roster has just begun and to be the star he’s destined to be.