Your Morning Dump... Where we learn about Jayson Tatum's secret scrimmage vs Anthony Davis 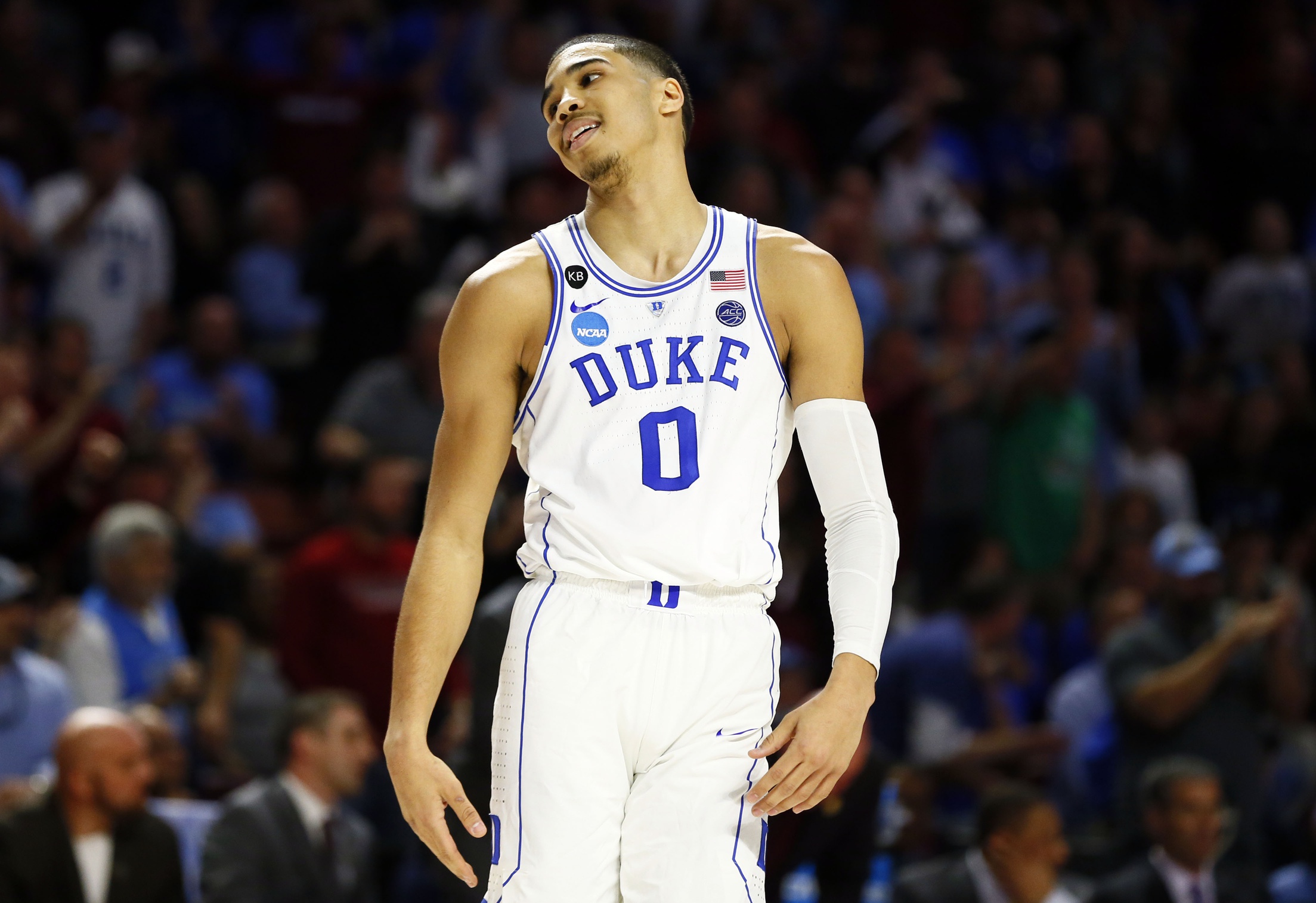 Your Morning Dump... Where we learn about Jayson Tatum's secret scrimmage vs Anthony Davis

The games were played on Duke’s practice court over the span of three days. Teams were not selected and there was no cross-mingling. The Blue Devils stayed together, and so did the Pelicans. No cameras were allowed inside, and not many people were, either.

Duke walk-on Nick Pagliuca, the son of Celtics co-owner Steve Pagliuca, could tell how much the Pelicans respected Tatum simply by how hard they were playing against him.

“Guys needed to be doing their best so they didn’t look foolish,” Pagliuca said. “You couldn’t really tell [Tatum] apart from the pros. His game was so smooth. We get a lot of good freshmen at Duke, and just to see his game so NBA ready when he came in was still something different than what you’d usually see.”

Tatum said he had to play harder than everyone else to make up for the experience gap, but he added that the games and the conversations that followed them reinforced his belief that he would be ready for the NBA before long.

“Anthony Davis came up to me and told me he thought I was really talented and that he’d be seeing me soon,” Tatum said. “So, that felt good.”

Adam Himmelsbach has a great story from 2016 when incoming Duke freshman Jayson Tatum squared off against Anthony Davis and some of his Pelicans teammates.

As you can tell by the excerpts above, Tatum more than held his own. The article makes it clear that no one from the Celtics front office was in attendance, but with Pags’ son on the Duke squad, I can’t help but think that some Spygate style footage made it’s way back to Boston.

On Page 2, Marcus Smart wants Vanna White to give him an E.

Seemingly numbed by the defeat — and what such inconsistency may say about his team — Smart played with a “Wheel of Fortune” app on his phone as he spoke.

“You know, we’ve got all the talent in the world, but, you know… I don’t even know what to say. Like, really, I have no words.”

Unlike Marcus, I have plenty of words to describe the effort vs Chicago but they’re all unfit for print.

Ainge could still add a point guard via the free agent market but it’s slim pickings after Jeremy Lin went to Toronto. The best plan now might just be to play Rozier off the ball for the foreseeable future to minimize the offensive damage he can do with his shot selection. That tweak helped the C’s earlier this year but Stevens has gone away from it lately while mixing up the rotation. Rozier is not going to get outright benched yet is my guess, but his role needs to be reduced in the offense until he gets himself back on track. Whether Stevens makes this shift could have a big impact on where this team lands in the East standings ahead of what will be a crucial postseason for the future of the franchise.

Boston sits in the 5th spot, one game behind Philadelphia and three behind Indiana.

And finally, we really need Baynes.

NBC Sports – Is there such a thing as too much Kyrie