Dak Prescott is expected to get an extension this offseason 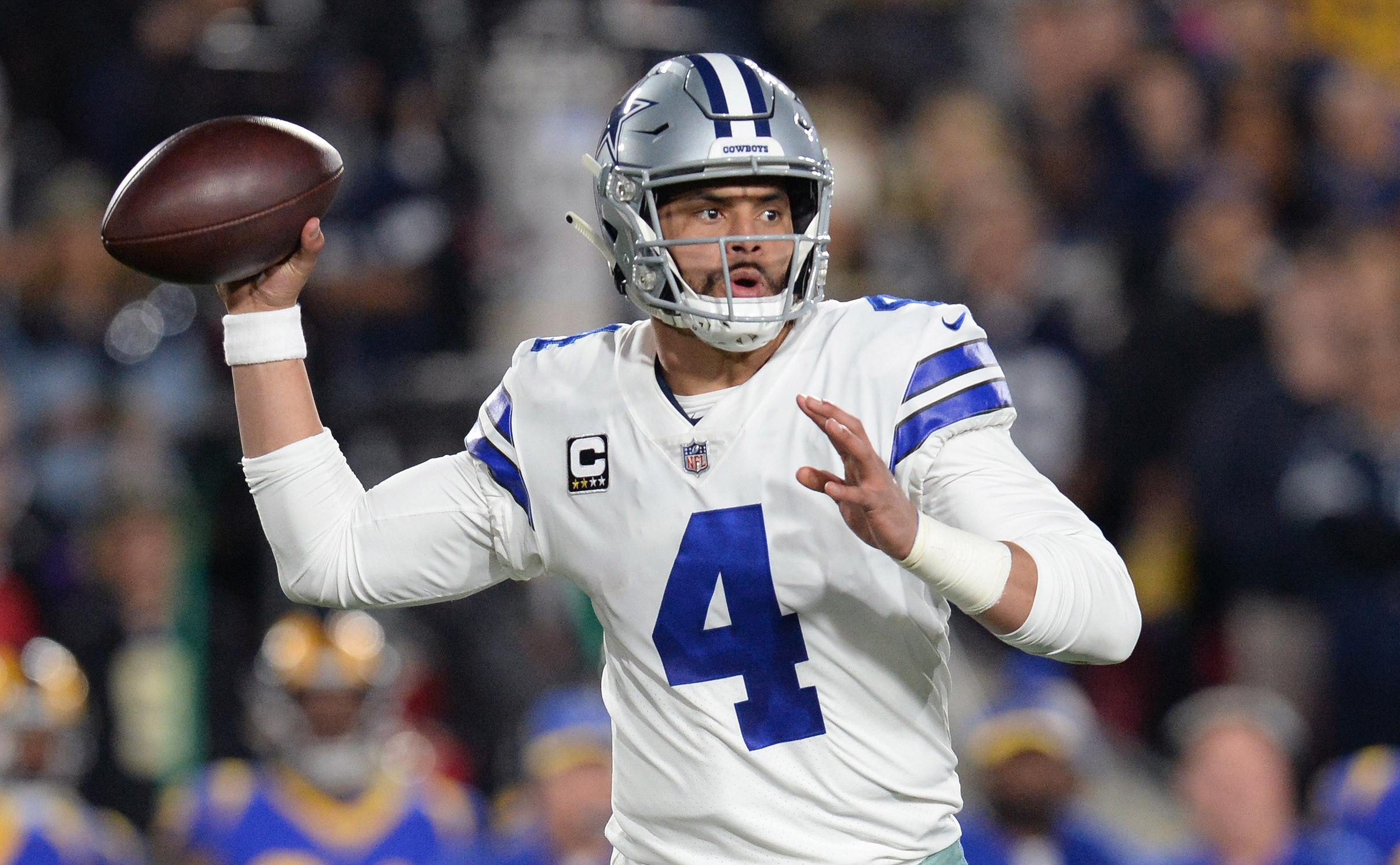 Dak Prescott is expected to get an extension this offseason

The time has come for the Dallas Cowboys to issue Dak Prescott his big break.

Just a few years ago, the Dallas Cowboys struck gold with their fourth-round draft selection in quarterback, Dak Prescott. That’s not to say that Prescott has made himself known as an elite quarterback just yet, but the Cowboys believe that he is almost there. And with his contract-year coming up, the Cowboys feel the need to start an early discussion with the 25-year-old veteran passer.

No matter how the NFL views Prescott, the Cowboys seem to value their franchise quarterback a lot. Although Prescott has visibly regressed since his outstanding rookie season, the Cowboys quarterback is still a solid field general for their offense.

While the Cowboys have had a number of issues in the past from Ezekiel Elliott’s suspension to the struggles of playcalling with Scott Linehan, the Cowboys are very optimistic about the future moving forward. Therefore, their front office is preparing to take the steps in giving Prescott the extension that he apparently deserves after year three.

Does Dak deserve a raise?

#Cowboys COO Stephen Jones also said the team wants to give QB Dak Prescott a contract extension this offseason because he deserves it.

During Prescott’s three seasons with the Cowboys, he’s managed to help them win the NFC East twice. Although the Cowboys lost their first playoff game in 2016, Prescott and the Cowboys defeated the Seattle Seahawks in the Wild Card round of the playoffs this past season. That win alone showed the Cowboys that he is able to get the job done in the postseason if everything is going right for the team.

Is Prescott a top-tier quarterback? That topic is debatable. He doesn’t seem to pass the eye test for a lot of analysts, and while his statistics aren’t terrible, they aren’t anything to rave over as well. At this point, the Cowboys feel that Prescott is worth bringing back for years to come. However, the price tag is what’s going to make this decision good or bad.

Is Prescott worth of a long-term deal? Absolutely. Is he actually worth a $200 million contract like many say? Probably not. Unfortunately though, the quarterback’s market just continues to get even more expensive by the year. So if the Cowboys do want to bring Prescott back, they will likely be overpaying. The worst part about it though is the timing.

With DeMarcus Lawrence looking to get a big contract, and now Prescott will as well, the Cowboys may wrap up their big offseason moves right there. Thankfully for Dallas, Amari Cooper and Zeke are already on board for 2019.