Donte Moncrief is on the New York Jets' radar 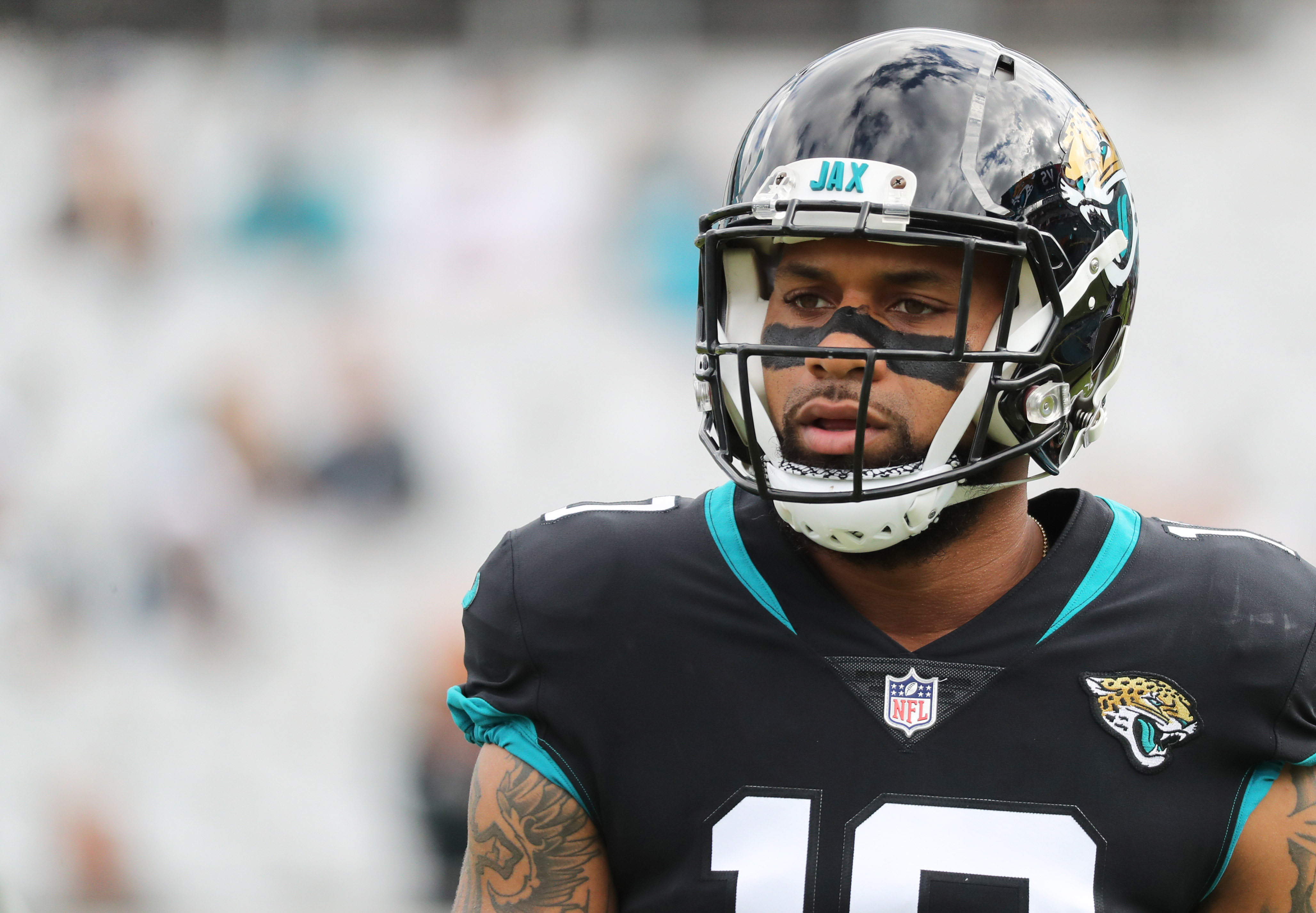 Donte Moncrief is on the New York Jets' radar

Jacksonville Jaguars wide receiver Donte Moncrief is expected to get some interest on the free agency market.

Where will soon-to-be former Jacksonville Jaguars wide receiver Donte Moncrief end up during the NFL’s 2019 Free Agency period? Will he return to the Jaguars? Or is Moncrief going to find his third team in year number six? It sounds like Moncrief will potentially draw some substantial interest from a team that has plenty of money to throw around.

The New York Jets are headed into the free agency market with tons of cap space to play with. Considering that the Jets have a new head coach in Adam Gase, their goal is to not only help out Gase but look to improve significantly the offense to help out their young franchise quarterback in Sam Darnold. Therefore, the Jets will have to spend big to acquire weapons for their passer.

Apparently, the Jets have Donte Moncrief on their radar. He may not be the most significant name to hit the wide receiver market, but being that he’s 25-years-old with five seasons under his belt really makes him an intriguing free agency prospect. Could the Jets eye Moncrief up for a multi-year deal?

Moncrief is a target

According to the New York Daily News, sources say that “Gang Green has interest in free-agent wide receiver Donte Moncrief, according to people in the know.” With the Jets eyeing for help in the passing game, Moncrief offers some reliable production, on a potentially team-friendly deal.

Last season, Moncrief finished up with 48 catches for 668 yards and three touchdowns. Based off of last year, Moncrief probably won’t demand too much money, which gives the Jets plenty of wiggle room if they do decide to sign him. Mix in the addition of Moncrief, and potentially a game-changing running back and the Jets will put their young quarterback in excellent position to make a solid second-year jump in his career.