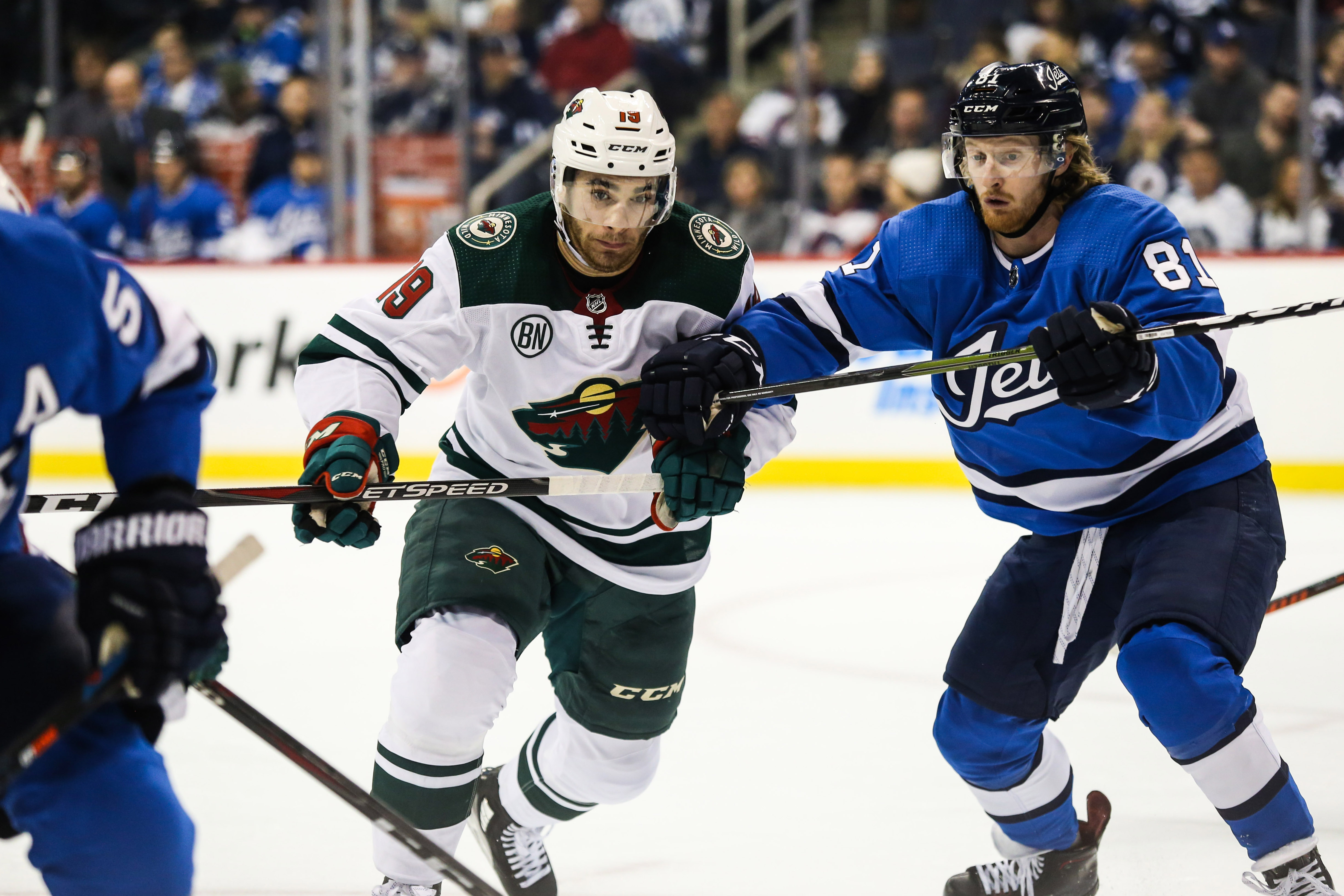 (sigh)  The NHL trade deadline is behind us.  If you were like me and were checking TSN’s Trade Centre and Twitter you waited until the afternoon before the big deal finally came through as the Minnesota Wild shipped out Mikael Granlund to Nashville for Kevin Fiala.  Granlund had another season left on his current contract at $5.5 million whereas Fiala is on the last year of his entry level deal at $863,333 and will be an restricted free agent next summer.

Fiala is 22 years old and Wild General Manager Paul Fenton was beaming about the young winger he helped draft when he was an assistant GM with the Predators about his on-ice vision, speed and claimed he had potential as a ‘game breaker.’  Those are pretty potent adjectives, but probably necessary when you consider the team just traded away its 2nd leading scorer.  Some Wild fans were not too pleased at the return, especially when Fenton told reporters he didn’t ask for any other picks, prospects or players as part of the deal.

Blowing the team up, making tweaks, or overhauling a roster does not absolve bad moves. I'm sorry. It just doesn't. It's not that I don't think Granlund should or shouldn't have been traded, it's that he was a big chip to trade and the Wild got one "maybe, hopefully" out of it.

Agree. If Nashville feels the difference in a Cup or not is Granlund, the price should reflect it. Fiala plus *at least* a pick or prospect is fair IMO.

Anyone who’s interacted with you knows you’ve been vocal about shaking things up with the #mnwild. But don’t give it away!!

Right? Not every trade is going to be a win. You have to get as much as possible, in case one of the other assets doesn't pan out. You can say at least it wasn't a total loss.

As you can see, many of the fans were not really upset over the fact Granlund was moved but more upset the Wild didn’t get a better return on the trade.  That wasn’t the Wild’s only deal on deadline day as they also traded Matt Hendricks to Winnipeg for a 7th round pick in 2020.  So two trades to teams in the division.  Hmm…curious moves for a 1st year general manager in my opinion.  Yet the most curious thing of all for the Wild was a trade that didn’t happen.

Both myself and @RussoHockey learning that what looked like a done deal between Calgary and Minnesota involving Jason Zucker fell through today. Why exactly it came undone isn’t clear at this point...

The Wild apparently came very close to dealing Jason Zucker for an unnamed player on the Calgary Flames.  Zucker has certainly a rough season and his name had been bantered about in trade rumors.  But considering Fenton’s Predators-tinted glasses, some thought currently injured winger James Neal was the target.  With just 5 goals and 15 points in 55 games, and at a cap hit that goes the same length as Zucker’s deal (2022-23) but is slightly higher at $5.75 million versus the Las Vegas-native’s $5.5 million per season.  If that speculation is accurate then its fortunate that deal didn’t happen as the Wild would’ve dealt a younger player for an older more expensive player with the same amount of term remaining on his current deal.  It will be interesting to see if we find out more on this ‘almost trade’ in the next few weeks.

So how will this leave the Minnesota Wild who have dealt away two of their top 6 forwards in the last week or so?  Its tough to say.  The trade of Charlie Coyle seemed to kick the team in the ass a bit and they started to skate with more purpose, more speed and play with a little more determination in the high danger areas of the ice.

But will that continue now that Granlund is gone?  In the near future it will probably mean the team will need its younger players like Jordan Greenway, Joel Eriksson Ek, Luke Kunin and Ryan Donato to find ways to chip in offensively.  The team also extended Eric Staal for two more seasons at $3.25 million and gave him a limited no-trade clause so maybe he’ll play like a player with the stress of being dealt no longer clouding his thoughts on the ice.  But any lapses of of production could spell doom for any playoff hopes this team has.

On the blueline, Minnesota avoided trading away anyone.  Jared Spurgeon and Jonas Brodin have been playing very well as of late and this has been good as they’ve tried to help clean up the mistakes of Ryan Suter.  Anthony Bitetto and Brad Hunt have been reasonable on the 3rd pairing.  Nick Seeler‘s demotion to a regular healthy scratch hasn’t hurt the team at all.

Meanwhile the Jets took steps to augment its team for a hopeful run to the Stanley Cup as they added Hendricks, defenseman Nathan Beaulieu, and big center Kevin Hayes to bolster the depth of a team which was already enviable in this area.  Former Breck star and Minnesota Golden Gophers’ alum Blake Wheeler is one of the league’s best set up men, while Mark Scheifele, Kyle Connor and Patrik Laine can light the lamp aplenty.  Their bottom six has a good mix of size, speed and grit.  Yet the Jets are in a bit of a rough patch right now having gone 3-5-2 in their last 10 games and were leapfrogged for 1st place in the Central last night by the Predators.

Defensively they still are without Dustin Byfuglien, but Beaulieu’s arrival gives the Jets another capable puck mover to go along with workhorses Jacob Trouba, Josh Morrissey (UPDATE:  Morrissey was just announced as out of the line up until April according to Jets’ head coach Paul Maurice) and Tyler Myers.  Connor Hellebuyck is still their starter but he’s having just an ‘ok’ year.  Laurent Brossoit has been terrific in a back up role.  I think we’ll see Hellebuyck get the start tonight and no doubt the Wild will soldier on with Devan Dubnyk.

1. Stay out of the penalty box ~ If the Minnesota Wild have a glaring weakness it has been in the play of its penalty kill unit which has been the league’s worst since January, killing penalties at less than a 70% rate.  So if the penalty kill isn’t going to fix itself, the best thing the Wild can do is to try to stay out of the box and keep the Jets’ lethal power play off the ice.

2. Kill the Crowd ~ The Jets feed off their home crowd, but like Minnesota fans they are looking for goals, big hits and excitement to feed off of.  An early Wild goal will help keep the crowd muted and allow them to control the emotional tone of the game.

3. Keep it simple & pay the price ~ the Wild have had success by simplifying their game and playing with more determination around the goal area and not being afraid to pull the trigger.  With younger players playing bigger roles the Wild should be able to push the Jets more with their speed than they have in a long time.  The Jets have often tried to intimidate the Wild by playing a strong physical game, and now the Wild are a bit smaller and using their speed will be more important than ever.

What do you think are keys to a Wild victory?