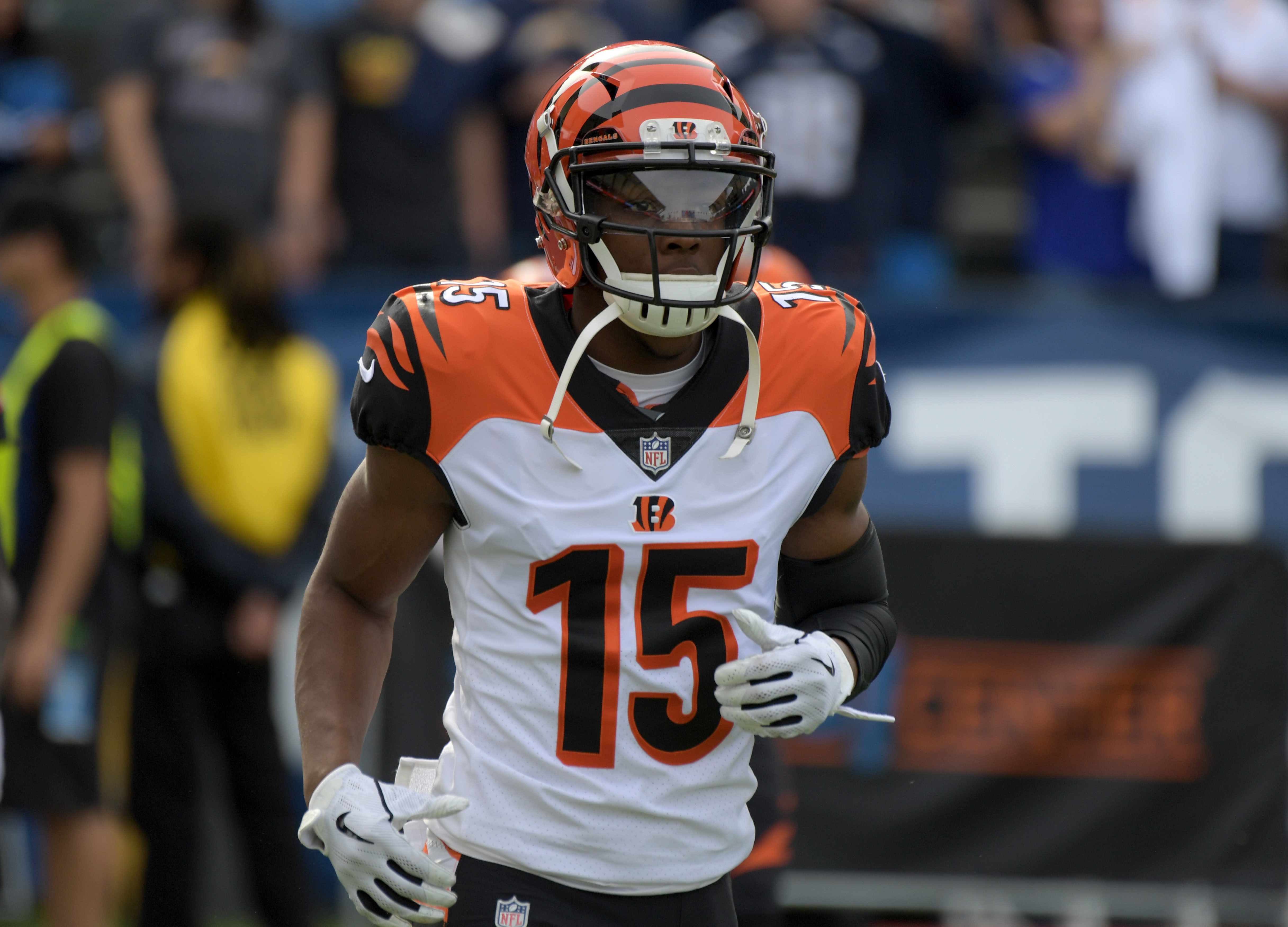 As it turns out, NFL Combine speed can only get you so far in the league.

Back in 2017, former Washington Huskies wide receiver John Ross shocked the world when he ran a ridiculous 4.22 40-yard dash time. He broke the record and immediately got on the radar of many teams who were eyeing up a receiver for the first and second rounds. Although Ross already had some buzz around his name before the combine, he probably wasn’t considered to be a first-round pick until his impressive showing at the event.

Ross ended up lucking out with his combine performance as he was selected with the ninth-overall pick. Now just two years later, the Cincinnati Bengals are ready to swallow their pride, admit that they might’ve reached on Ross. Who am I kidding? They REALLY reached on John Ross.

John Ross is on the trade block

Sources tell me the Cincinnati Bengals are hoping to trade receiver John Ross and will field offers during the combine. We'll have more tonight during our podcast.

Two seasons in and the Bengals are ready to cut their losses. In 2017, the Bengals spent a first-round pick for Ross. In 2019, they would be lucky to get somewhere around a mid-round pick for him. This isn’t the end-all, be-all for Ross, but it’s become quite clear that his speed can only get him so far in the NFL.

After two seasons, Ross has started in 11 games. He caught 21 passes for 210 yards and seven touchdowns. Granted, Ross has dealt with his fair share of injuries during his rookie season, but it doesn’t really excuse the fact that his home-run speed hasn’t really done much for the Bengals.

They have gotten some excellent value out of their fourth-year wideout Tyler Boyd, along with their long-time veteran, A.J. Green. And at this point, they rather dish out Ross for whatever value he has left. Quite the perfect timing for the Bengals to throw Ross on the trade block with the combine coming up. This should be a valuable lesson for all teams looking for a speedy wideout. Beware of the hype.