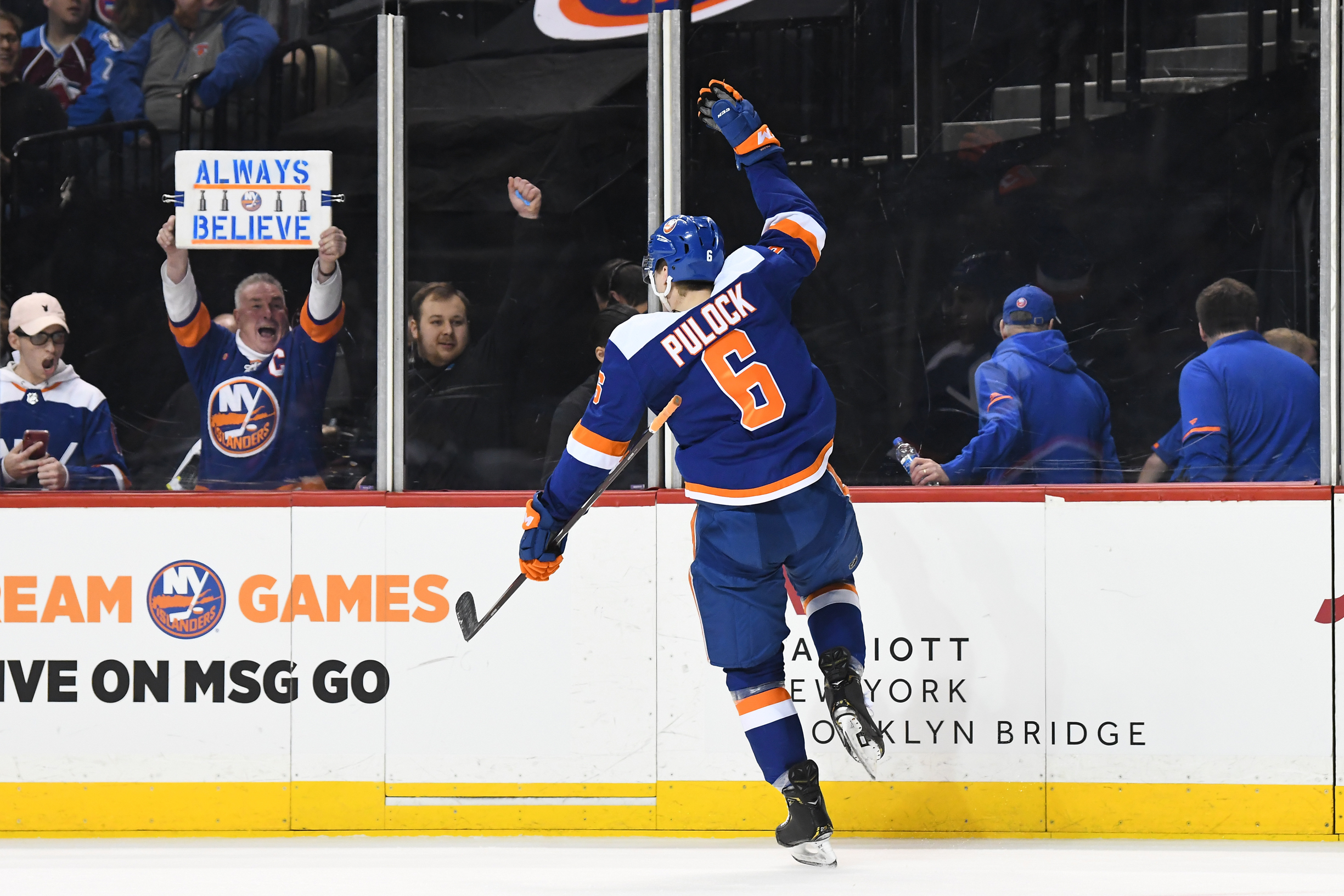 EAST MEADOW, N.Y. — While locker rooms around the league were feeling every bit of anxious on Deadline Day 2019, the one located in the core of the Northwell Health Ice Center in East Meadow could not have been more relaxed.

Actually, upbeat is a better adjective.

Since the first puck dropped in October, this group has grown into a cohesive unit that no rental should have messed with. Each player knew they truly had nothing to worry about.

Young Ryan Pulock was no different. He remained, cool, calm and collected, like he was on the ice for New York’s latest road trip to Calgary, Edmonton and Vancouver, a road trip Pulock finished with three points on.

“I don’t think we played the right way the first couple of games,” he admitted. “But, we were able to find a point in Edmonton and get two in Vancouver and finish the best we could. We learned that when we’re not sharp, we won’t be successful.

“We ended the trip the right way.”

After a strong Flames team extinguished the Islanders on Wednesday, they showed relentlessness and earned one point in a 4-3-overtime thriller the following evening against the Oilers. The team put a bow around the trip by dismantling the Canucks, 4-0, on Saturday.

“When we win, it’s a full team effort,” Pulock said. “I think that is what’s important in this league and that’s what has contributed to the success we’ve had here so far.”

He’s not wrong. By now, you know the deal. You’re well aware the Islanders have eight players with 12 or more goals and 14 players with 10 or more assists.

“The coaches came here and put in a structure that is helping us be successful,” Pulock said. “At the same time, we’ve kind of jelled, but it’s not one guy. It’s every guy on a different night. It’s lines stepping up when we need them.”

Of the 25 players who have recorded at least one point this season for New York, eight of them are members of the blueline. Leading the defensive group is the Dauphin, MB, native with seven goals and 23 assists.

At last June’s draft party at the Nassau Coliseum, Pulock explained how he wanted to become a better-rounded defenseman who can contribute offensively.

Now, he’s fifth on the team in scoring.

“The start of the year was a little slow,” Pulock said. “The last month or two, I’m pretty happy where my game is. Just playing the right way, chipping in the offense a bit, it’s important for our team if the backend contributes in that way.

“It’s nice to score a few goals and help out,” he added.

The 24-year-old is approaching last year’s career-best totals in goals (10) and points (32). With four points in his last four contests and 11 in his last 11, he may be breaking that record very soon.

“[We need to] keep building. Keep going forward,” Pulock said when asked what he would be looking for from his team in the final 21 games. “The biggest thing is being consistent every night. That gives you a chance to win. Just continue to grow.”

The Islanders are continuing to grow. They were better off without a rental disturbing the feng shui the current group has constructed.

As for the next five at the ol’barn on Hempstead Turnpike, Pulock can’t wait to get going.

“That building gets rocking when we’re there,” he said. “I’m sure the atmosphere is going to be electric, something we can feed off of. When we play our way and get on the forecheck and they start making some noise, it’s pretty effective.”

Hey Isles fans, bring your ‘A’ game this week. Pulock will.