Recap: Celtics Get Embarrassed in Toronto 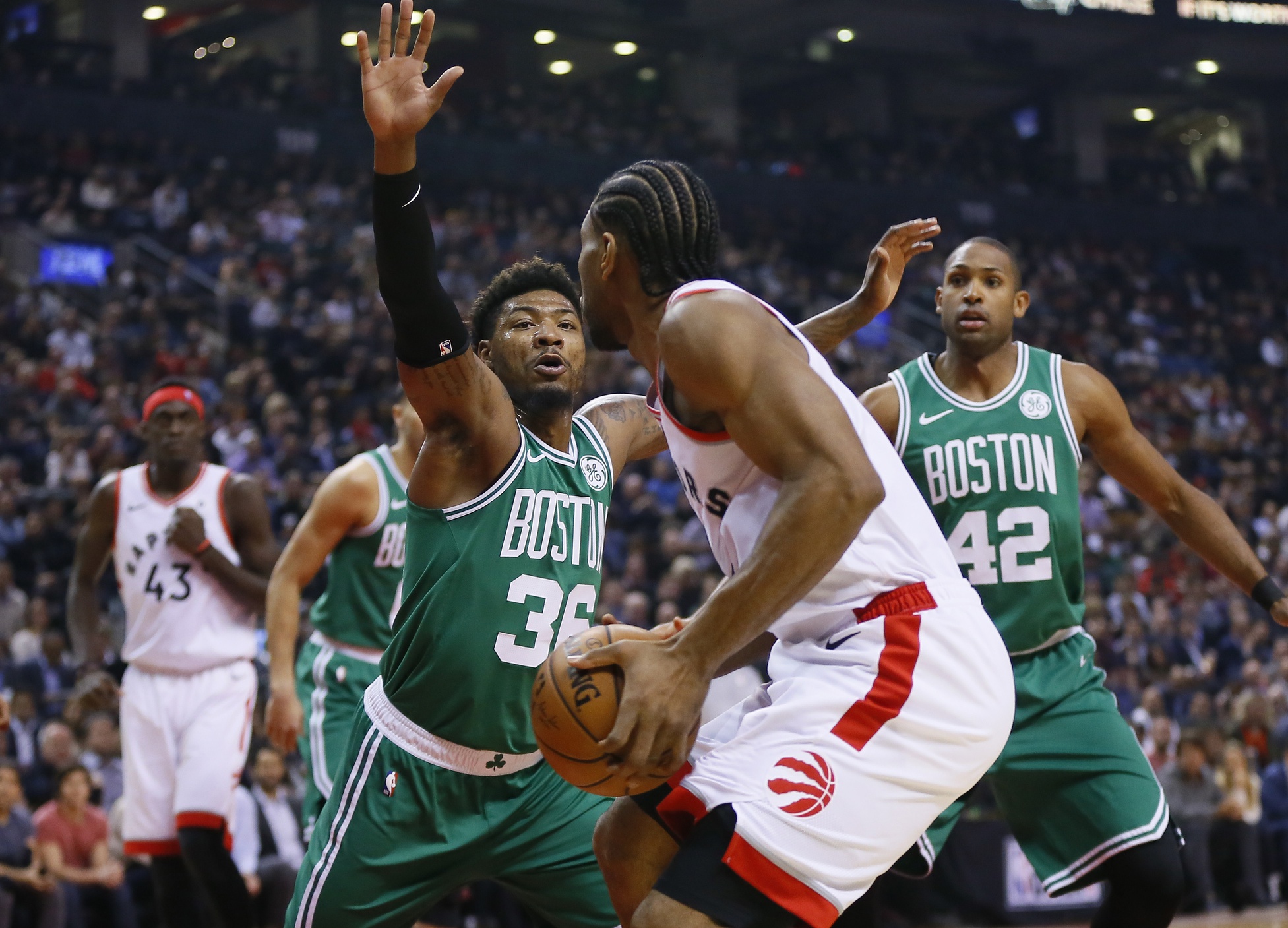 Recap: Celtics Get Embarrassed in Toronto

In a sentence? The Celtics followed Saturday’s clunker against the Bulls with an even uglier game against the Raptors, at one point trailing by as much as 31 – their largest deficit since March of 2015.

There are clearly some cases where the law of averages will come around and the pendulum will swing the other way soon, hopefully; but for now, this Celtics team just hit a new low by dropping their third straight in particularly alarming fashion.

They’ve now lost 9 straight on the road in Toronto, an especially important fact when you consider current playoff seeding.

The Raptors embarrassed the Celtics, 118-95.

There’s not much substance to gain from this one – but let’s try to break this down.

-Q1 actually went well! The Celtics won their only frame and went into the second with the lead, 32-30. Kyrie looked like he wanted to pass, as he picked up a couple assists in the first few minutes, and then played a fun two-man game with Horford (Shouts Scal, who loves a good “two-man game”) to some success. Jaylen Brown was taking it to the rim and even finished one plus the foul. It almost looked like they turned the corner from Saturday night! It’d be the last time the Celtics looked like a competent team.

That's how it's done🔥 pic.twitter.com/ufTvcpj0BB

-The Celtics had allowed 18 straight unanswered points to the Raptors when Coach Stevens decided to call time out and make some changes. Robert Williams III came into the game and immediately made his presence felt by rocking the rim and ending the drought on his first offensive possession of the game.

-The Timelord remained aggressive and found his spot in limited minutes during the first half, and he accounted for 4 of the Celtics 5 points scored when he was on the floor. He finished with 8 points and 4 rebounds in just under 20 minutes of game-time.

-JT continues to impress on the boards and grabbed 7 rebounds in limited minutes despite playing against some of the longest, most athletic freaks in the league.

-After a solid Q1 in which the Celtics came away with the lead, 32-30, Boston came out cold as hell to start Q2. Rozier was fouled and hit a couple of FTs, but then the Raptors hit three straight 3’s and the Celtics quickly unraveled; surrendering 18 unanswered points to the Raptors in the process. The score was now 48-34, and the Raptors never looked back.

-Boston turned it over 5 times during the first seven minutes of the second quarter. Your coach’s face at that moment:

-After a brief 11-5 run by the Celtics in Q3, the Raptors quickly responded with a 17-2 run of their own; fueled mainly by Kawhi and Pascal, who found and made any shot they wanted during the quarter. I wish I were exaggerating.

-Kyrie played under 28 minutes, had a total of 7 points, and shot 3 of 10 from the field. This comes after he registered over 40 minutes of game-time in each of the past two games (the first time he’s done so in a Celtics uniform).

-The Raptors beat the Celtics in just about every category, but this one stood out to me: fast-break points. The Celtics frequently clanked off the rim, and the Raptors shot lights out from deep, so Toronto absolutely demolished Boston in the break, 29-9.

-The Celtics hit just 20% from deep, making just 6 of 30… six of thirty. The old saying goes that “you’ll live by the three, you’ll die by the three”, but even when the Celtics got the ball to the rim or found an open jumper (looking at you, Hayward and Morris) – they still missed it. Overall, the team shot an abysmal 38% from the field.

Early front-runner for the “WHAT THE HELL?” section of my recap pic.twitter.com/grg6uXKgGH

I’ll spare you from having to see the terrible tweet I followed this up with, but feel free to follow me @oK_Kourafas for more Celtics/iLOVEMAKONNEN content.

But my real WHAT THE HELL?! moment came later in the game, when the good folks on the NBCSports Boston broadcast dropped this fact on me and caused my head to explode.

Did you know the Celtics have NEVER played against the Raptors in the playoffs? I had to think back through my years because at first I didn’t believe it. I’ll include their graphic below in case you don’t, either; I promise I’m not making this up. We may make history this year.