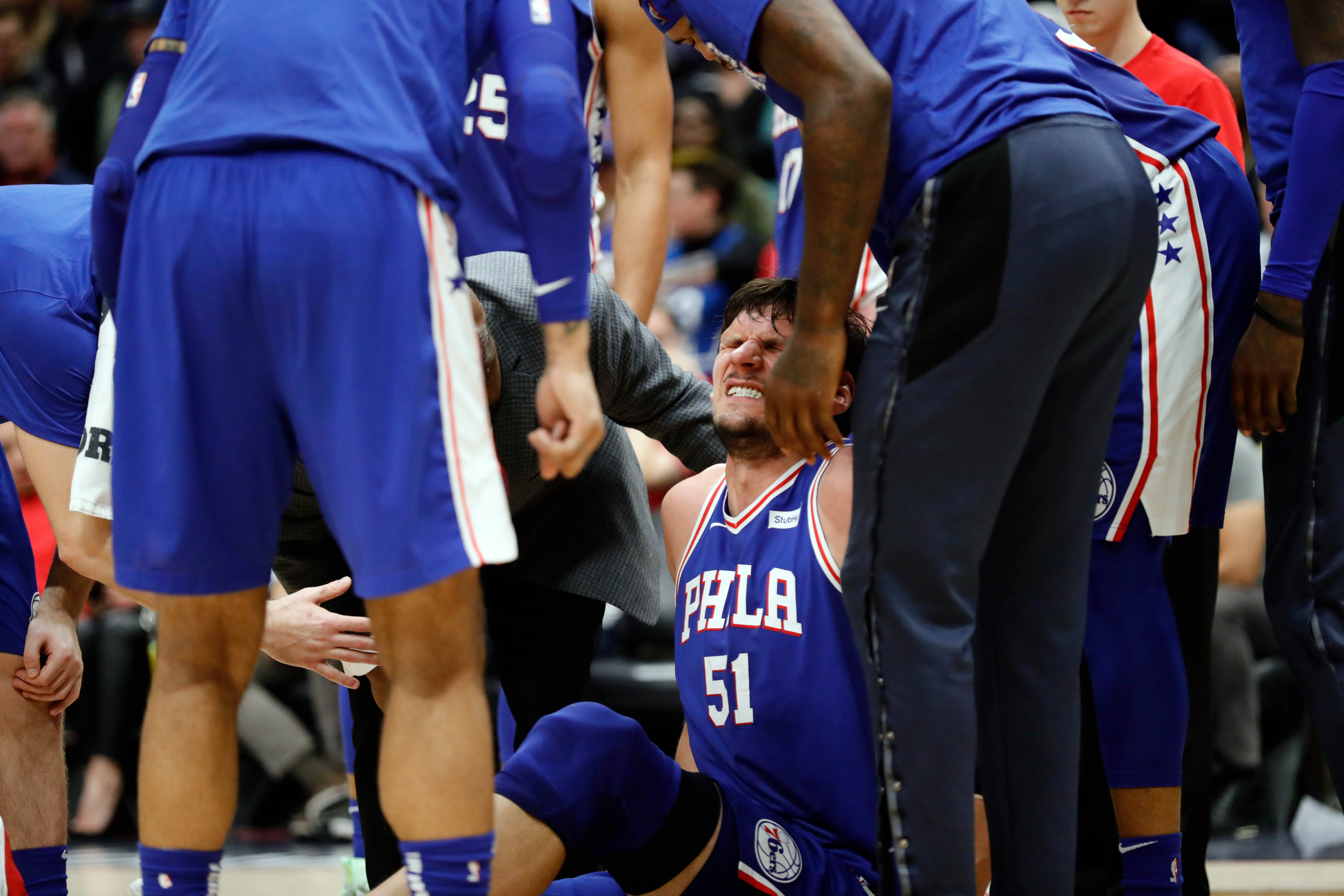 The Sixers have found out that Boban Marjanovic is going to be OK after an injury scare.

For a moment there, it seemed like the Philadelphia 76ers were going to continue the second half of the season without both of their big men. With Joel Embiid already sitting out due to ‘knee soreness’ the Sixers have been utilizing Boban Marjanovic as the starter. While Boban has been decent in Embiid’s absence, he gave the team a scare on Monday night against the New Orleans Pelicans.

Boban ended up going down with what looked like a knee injury on Monday. As the seven-footer struggled in pain while laying on the court, it was evident that he hurt his knee. Basically, anytime a player goes down holding their knee, everybody seems to assume the worst. And of course, it doesn’t help when the player never returns back to the court either.

That’s precisely what happened on Monday. So, on Tuesday the Sixers medical staff was busy trying to figure out what’s going on with Marjanovic. As they remained optimistic, the media was happy to report that Boban is going to be alright. What was initially a potential ‘season-ending’ scare, turns out to be a little bump in the road.

Can confirm Boban Marjanovic will be ok

Im told “he will be fine”

According to Boban’s agent, the MRI came back negative, and he shouldn’t expect to miss a ton of time. Granted, the Sixers need Marjanovic now while Embiid is out, but unfortunately, his knee injury will force him to miss some time. The Philadelphia Inquirer’s Keith Pompey has not reported a timeframe on the injury, as the Sixers have yet to address the situation. But the early reports of no structural damage is excellent news.

The Sixers will roll with Jonah Bolden, and Amir Johnson moving forward until Embiid gets re-evaluated. The Sixers’ All-Star center will get looked at again towards the end of the week and will determine whether he is able to come back on schedule or not.