Sixers' Joel Embiid won't return on time, has yet to be re-evaluated 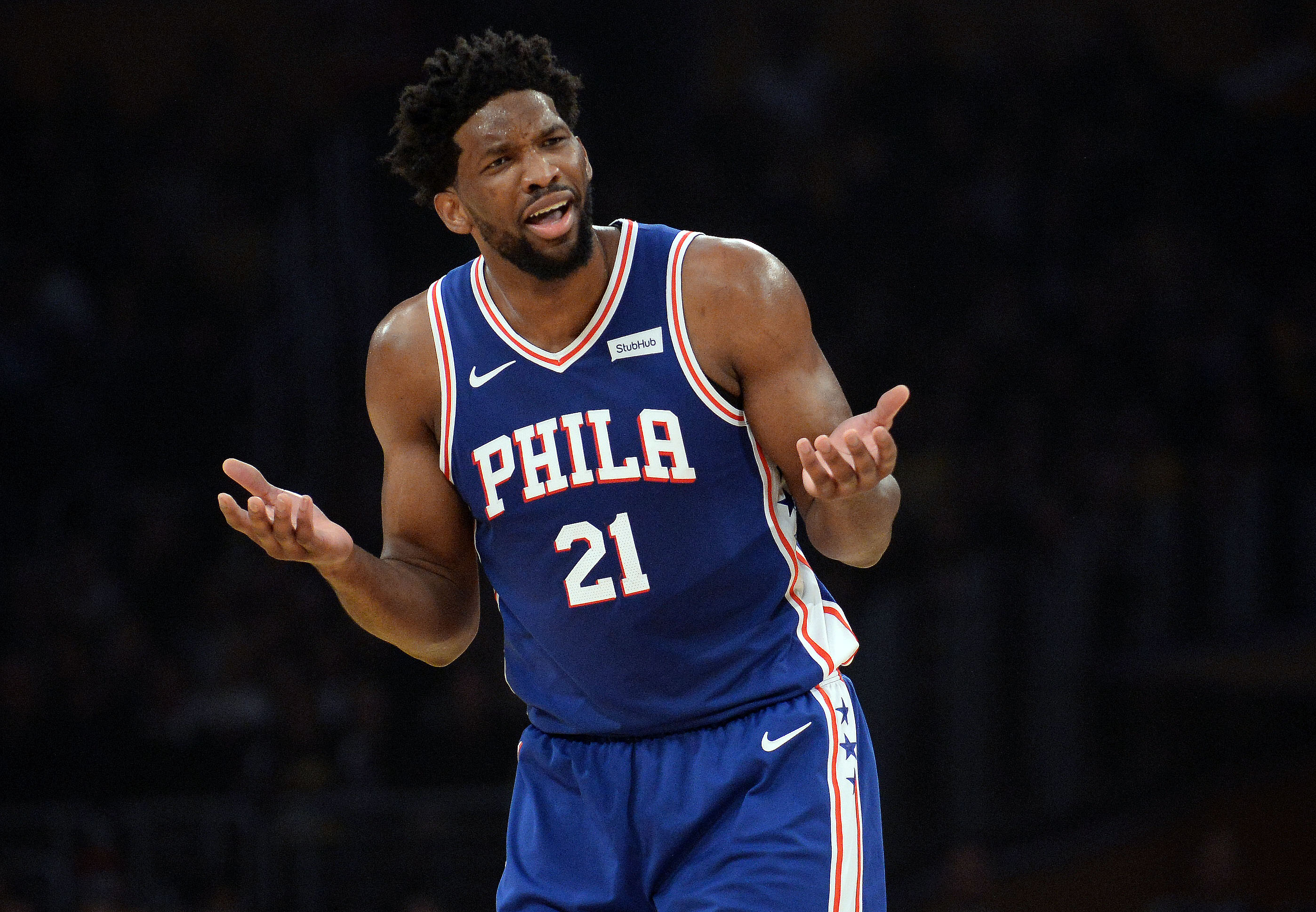 Sixers' Joel Embiid won't return on time, has yet to be re-evaluated

Since returning from the All-Star break, the Philadelphia 76ers have advanced to 2-1 with their record. Not bad considering they were without their All-Star center in Joel Embiid. Although Embiid doesn’t have a significant injury that he’s currently dealing with, it sounded like the Sixers were trying to give him a nice little break.

Before the All-Star festivities even went down, Embiid was dealing with some soreness in his knee. Apparently, the oh-so-cautious Sixers felt the need to double-check Embiid to make sure he was alright on numerous occasions. First, before the All-Star game, which turned out to be alright. Then, the Sixers had a precautionary MRI for Embiid upon his return to Philly.

Luckily, the MRI came back negative. The Sixers still gave Embiid the week off though, starting last Thursday. Sixers’ head coach Brett Brown announced that Embiid will be out a week, then re-evaluated. But it looks like Embiid’s time off will be extended a bit, as he’s not ready to get back on the court.

What’s going on with Joel?

Team rep confirms, Joel Embiid has yet to be re-evaluated, & is out Thursday @ OKC. An update not expected till Saturday.@PompeyOnSixers first to report.

According to WIP’s Jon Johnson, the Sixers have already ruled Embiid out for Thursday’s matchup against the Oklahoma City Thunder. And that re-evaluation that the Sixers were anticipating this week, just got pushed back to Saturday at the earliest. The timing for Embiid’s setback couldn’t be any worse.

Not only are the Sixers visibly struggling without Embiid, but they are going to be moving forward without Boban Marjanovic as well. As Boban suffered a knee injury on Monday, he’s expected to miss some time.

While there’s no timeframe just yet, having both big guys out for Thursday’s game against a team the Sixers historically struggle against is not great news. We’ll see what happens with the update on Saturday.