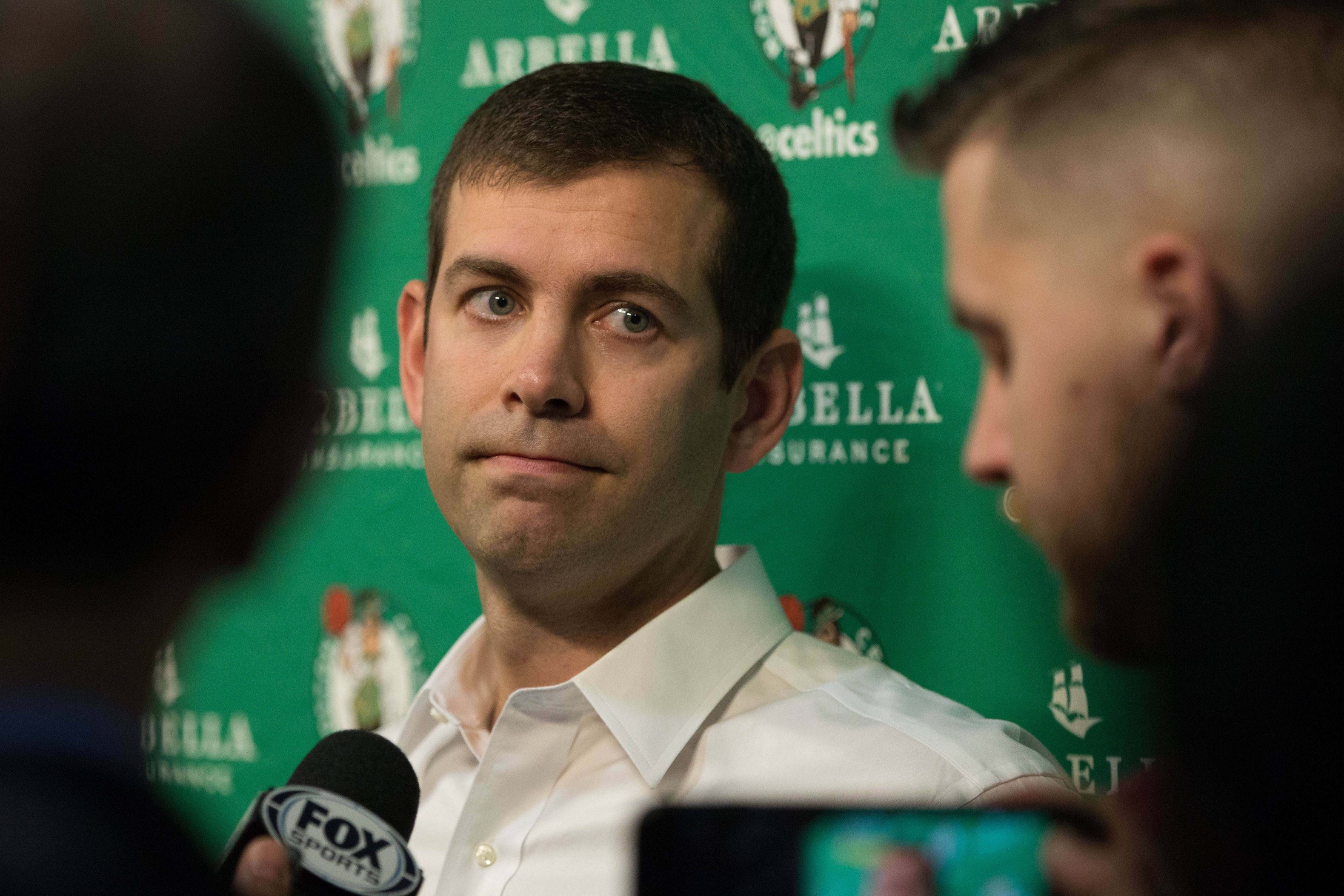 After Saturday’s embarrassing loss to the Chicago Bulls, Boston Celtics coach Brad Stevens shouldered the bulk of the blame, telling reporters he needed to be better.

On Monday, two days removed from the sting of falling to a team entrenched in the tanking race for Zion Williamson, his players weren’t completely buying it.

“He puts a lot into what he does, so if he feels that way, that has to be something that he feels like he didn’t do right,” Marcus Morris said. “But obviously, we’re out there playing, so it’s unacceptable to lose to a team like Chicago. No disrespect to them, but as talented as we are, as good as we are, that’s the players’ fault.”

The significance of Brad Stevens pointing a finger at himself for the Celtics’ continued inconsistency is not lost on the player who takes these ups and downs as hard as anyone – maybe more.

“Just like us players on the court, coaches look at themselves and things like that. If he feels like that it speaks volumes, because we have to help him out and do our part,” Marcus Smart said after Monday’s practice at Humber College. “If a coach tells people that’s how it is, that means a lot.”

I’m going to grab a snippet from Marcus Morris’ comments in the MassLive piece:

it’s unacceptable to lose to a team like Chicago

When people talk about tanking teams they sometimes act like the players are tanking as well as the front office. That’s seldom the case. These guys are all competitive, and if you give them opportunities, they’re going to take them and run with them. In the case of the Chicago game, that was literally as well as figuratively true.

What it boils down to is that this team still struggles to win ‘easy’ games.

And, as Stevens points out, their struggles against mediocre and bad teams has taken many different forms:

I think there’s a number of reasons in each game of why and I don’t know that it’s always consistent.

There are games like the ones against Chicago and Miami where the team was outclassed wire to wire. Then there are the games against the Los Angeles twins, where the Celtics dominated and then fell apart. Some games the team looks unprepared, some games they look prepared but can’t buy a bucket. It’s mystifying.

Basketball players play basketball, and writers write. And as writers we want narrative–or, at the very least, we want to be able to explain something. But in this case, your guess is as good as mine. I’d like to be able to explain why the team has been so many different kinds of bad against bad teams, but I can’t do much more than agree with Stevens, Smart and Morris: There’s plenty of blame to go around.

Page 2: Where we check in on Baynes and his foot

Boston Celtics big man Aron Baynes will miss the rest of this week with the right foot contusion that has cost him the last eight games.

The Celtics have been careful with Baynes, hoping to avoid a longer-term injury such as a stress fracture that could eat into the postseason. But according to Brad Stevens, Baynes could be day-to-day as soon as next week.

“I have not gotten an exact progress report on him,” Stevens said, following practice on Monday in Toronto. “What I was told coming out of break was that we would progress through this week and then hopefully be day-to-day after this week. Does that mean he’ll play Friday, Sunday, next week on the West Coast trip? I don’t know that we have a time.”

The Celtics have gone 4-4 in Baynes’ absence. According to Cleaning the Glass, Baynes has the third-highest on/off numbers on the team — the Celtics have been 6.3 points per 100 possessions better with him on the floor, which is 82nd percentile league-wide.

On the other hand, maybe the explanation for the team’s struggles is simple: They really miss Aron Baynes. Chuck posted a tweet yesterday that deserves a second look, in light of the latest news on his foot:

Nagging foot injuries are terrifying on big men. These guys–because of how math works*–put far more stress on their foot bones and connective tissue than average people do, and that’s without factoring in the impact of playing basketball.

Hopefully, as with Al Horford’s extended absence earlier this year, it’s followed by a fairly healthy return to action.

*Put simply: As you get taller your mass increases faster than the surface area of your foot, thus increasing the load on your foot and the assorted parts therein.

NBC Sports: How the C’s can salvage their season | C’s player grades at the three-quarter mark