Does Vince McMahon's Constant Overruling Signal A Feud Between The McMahon Family In WWE? 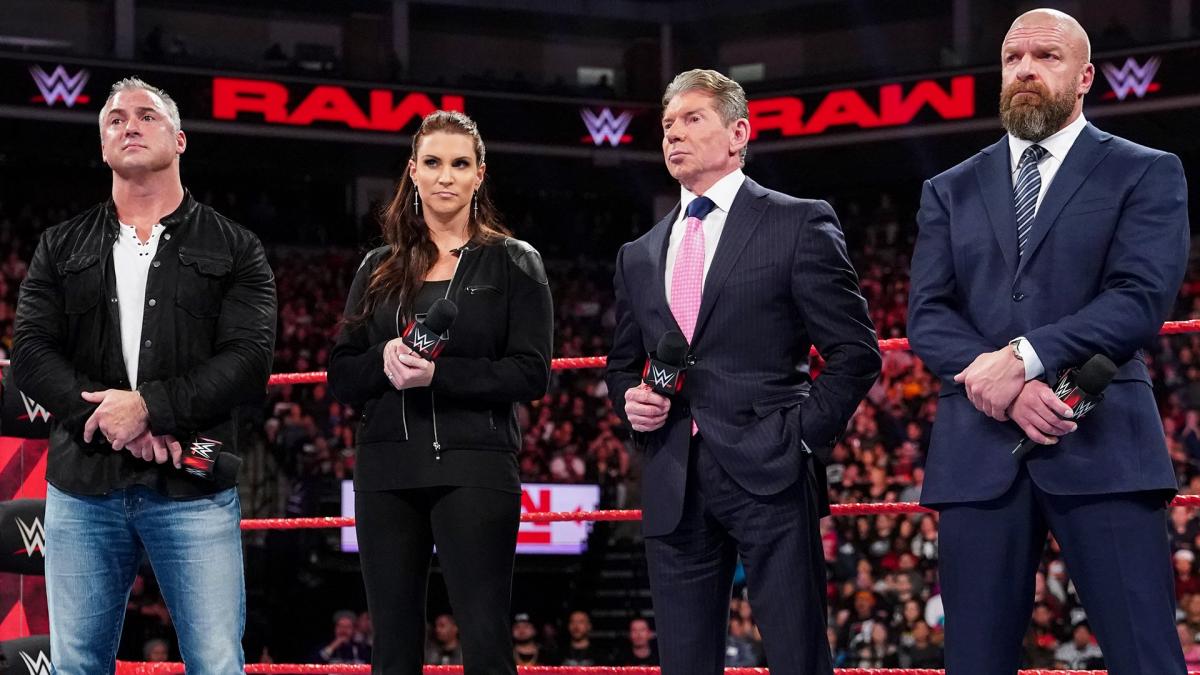 Does Vince McMahon's Constant Overruling Signal A Feud Between The McMahon Family In WWE?

When The McMahon Family took full control of WWE programming in December of 2018, they promised a new day for the company. Triple H said that the fans were now the new authority. The McMahon Family and WWE as a company, were going to answer to the paying customer. This was what fans all over the world had been waiting to hear.

But much like everything else that comes out of WWE, that storyline was just a storyline and nothing more. Many fans have seen virtually no change at all on Monday Night Raw, SmackDown Live any of the monthly events. It seems like business as usual in WWE. The only difference now is that the man in charge has taken to wearing the black hat like never before.

Vince McMahon continues to sabotage his own angles on live TV. It’s all preplanned of course and it’s highly doubtful that the Superstars involved have no prior knowledge beforehand. It’s all show business after all. The only way WWE really knows how to conduct that business is to hold down the babyfaces in nearly every segment on the program. But now it’s happening even more than usual, which means something big may be on the horizon.

What are the chances that a feud is brewing between Vince McMahon and the rest of the family? Vince’s power-mad persona has an insatiable appetite for destruction and that’s never been more evident than it is now. Indeed, his ego is out of control. At what point does his actions finally bring about the war that seems to be inevitable? The truth is that the groundwork for that war has already been laid.

Triple H and Stephanie McMahon reinstated Becky Lynch on Monday Night Raw and added her back to the main event of WrestleMania 35. “The Man” had finally been given what she deserved and the fans were happy to see their favorite back in the title mix once again. Lynch worked hard to get it and she definitely earned it. But Vince McMahon took it away.

Kofi Kingston got a shot at the top and he took full advantage of it. He reminded everyone of just how good he is and once again teased a world title run in WWE. The fans rallied behind him 10 years ago and they were doing so again. Kingston paid his dues and more than deserved his WWE Championship match with Daniel Bryan at Fastlane. But Vince McMahon took that away as well.

Fans are irate over both situations and with good reason. They want Becky and now they want Kofi. While it’s obvious that WWE is likely planning on delivering both at WrestleMania, it’s also obvious that the rest of the McMahon Family is being ignored. How long will this continue until the situation explodes?

Shane, Stephanie and Triple H have no power here. Their decisions have been undermined by the very man that should have their best interests at heart. While Hunter and Stephanie turn heel or babyface as the wind blows, this is not true of Shane, who should have a real problem with what’s going on.

Indeed, Hunter and Stephanie really can’t be trusted. Triple H has the respect of fans thanks to his work with NXT but his popularity extends only so far as his reach with the brand’s hottest babyfaces. The moment he begins to deny them is the moment that he incurs the wrath of the WWE faithful.

But Triple H now has his hands full with the returning Batista, who recently attacked Ric Flair backstage on Raw. The Game and The Animal will wage war at WrestleMania 35, which means that Hunter will now be distracted. Does he even have time to deal with Vince’s out of control behavior?

Stephanie McMahon is a heel down to the core. Fans have no reason to trust her at all and that’s surely the case now. She can smile and shine and compliment every babyface that crosses her path but in the end, she has no problem putting all of them in their place and siding with the heels. The likelihood of her actually confronting Vince is probably very slim indeed.

But there is no denying that Shane is the most likable of the four because he’s given fans no reason to doubt him. Even when he makes the tough call, it seems that he’s still working for the betterment of the program. But his father just seems to want to upset the process by making his audience unhappy. At what point does Shane finally speak up and question Vince’s judgment?

Vince was “fired” from his duties as the man running Raw and SmackDown in 2011. Triple H tearfully delivered the news to him in the middle of the ring. McMahon was out of control then and the company dealt with it. Whether or not he will be dealt with now is unknown.

But if he isn’t, does that mean that this will never end? How many more times will Vince McMahon come out on live TV and screw a babyface out of a title opportunity? Just how long does WWE plan on repeating this angle until something finally changes at the top? WWE believes that this is the best way to do business and at the end of the day, there’s really nothing fans can do but sit back and watch.

However from a storyline perspective, it’s only logical that eventually, all of this will hit a point of critical mass. The McMahon Family is the most dysfunctional clan in the history of professional wrestling and maybe even in TV history as well. Despite what happens, it’s clear that this storyline is far from over. In fact, it may never be over.