Golden Tate has his eyes set on the New England Patriots 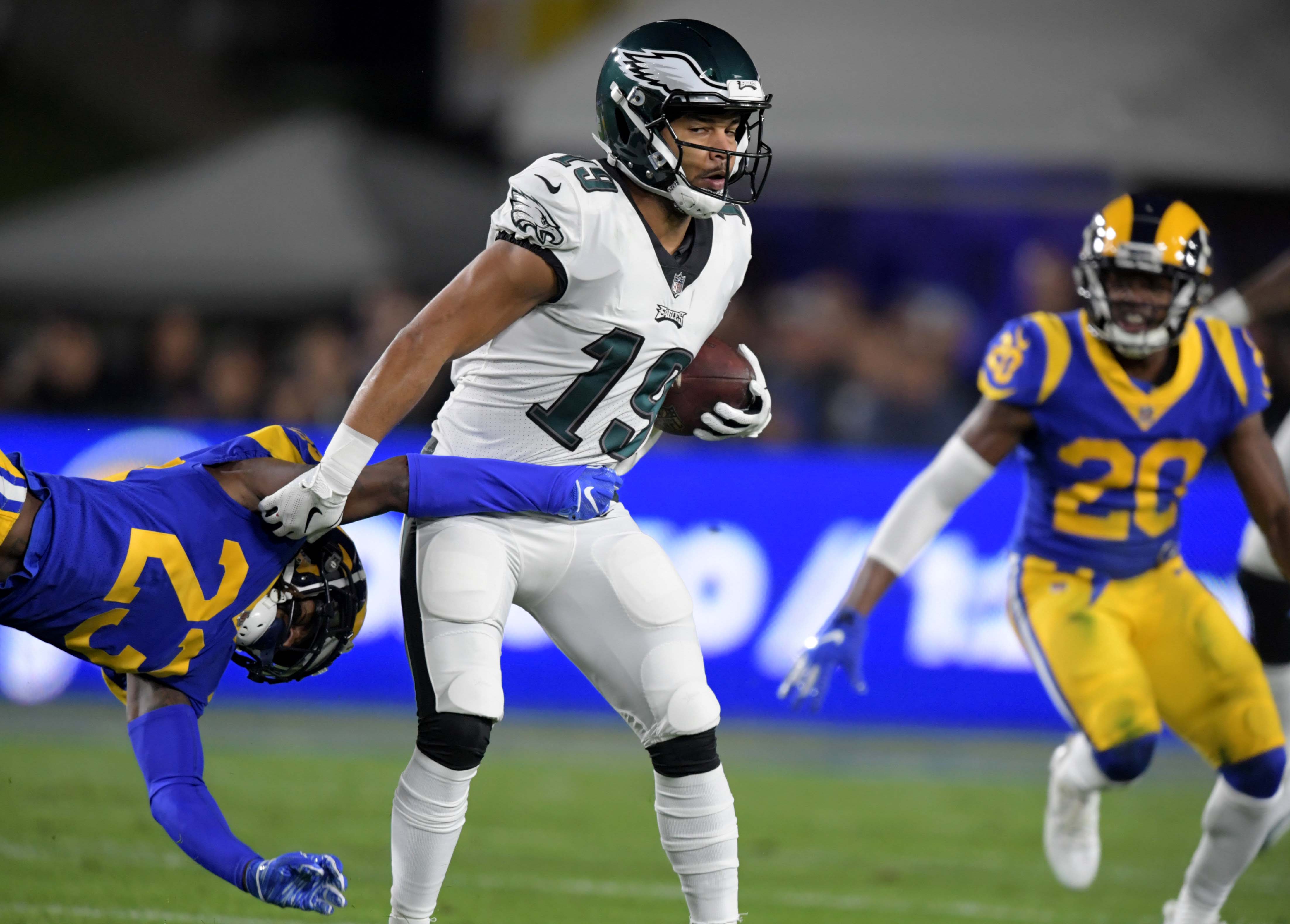 Golden Tate has his eyes set on the New England Patriots

Golden Tate is ready to move on from Philly. Could he be eyeing up the New England Patriots?

Every year the New England Patriots seem to clean house and bring in a new set of ‘skill’ players. When it comes to the wide receiver position, they always seem to be on the lookout for somebody new for Tom Brady to throw to. Even though Rob Gronkowski and Julian Edelman seem to be Brady’s guys in crunch time, the Patriots still never stop trying to find weapons in the passing game.

In 2017, the Patriots went out and got Brandin Cooks from the New Orleans Saints. After having him for a season, they wasted no time shipping him off to the Los Angeles Rams. Then, the Patriots came up with a steal of a trade when they acquired Josh Gordon from the Cleveland Browns. Gordon did well for Patriots when he was playing, but his off-field issues caused him to put a stop to his career once again.

Now, the Patriots are left looking for their next potential wideout through free agency. This time, it could be Golden Tate. The 30-year-old wideout just finished up a disappointing season with both, the Detroit Lions and the Philadelphia Eagles. Although the Eagles traded a third-round pick for Tate, it doesn’t seem like they were very thrilled with what he brought to the table. Now, he’s eyeing up another Super Bowl caliber team in New England.

Tate sounds like he wants to play for the Patriots

According to Pro Football Talk, Tate was not shy on the Prostyle Podcast about his desired destination for next season. Although Tate has had yet to test the market entirely, it seems like he assumes the Patriots will be on the hunt for another big-named wideout. Seeing as though Tate is 30, he may be chasing another ring, and on the quest for a win-now team, rather than settling on a large contract. So how about the Patriots, Golden?

As Tate made it known that he believes his days with the Eagles may be over, he’s now flirting with the idea that he will be elsewhere. He couldn’t be more obvious about wanting to play in New England. And considering that they just wrapped up their sixth Super Bowl win, who wouldn’t want to be there?