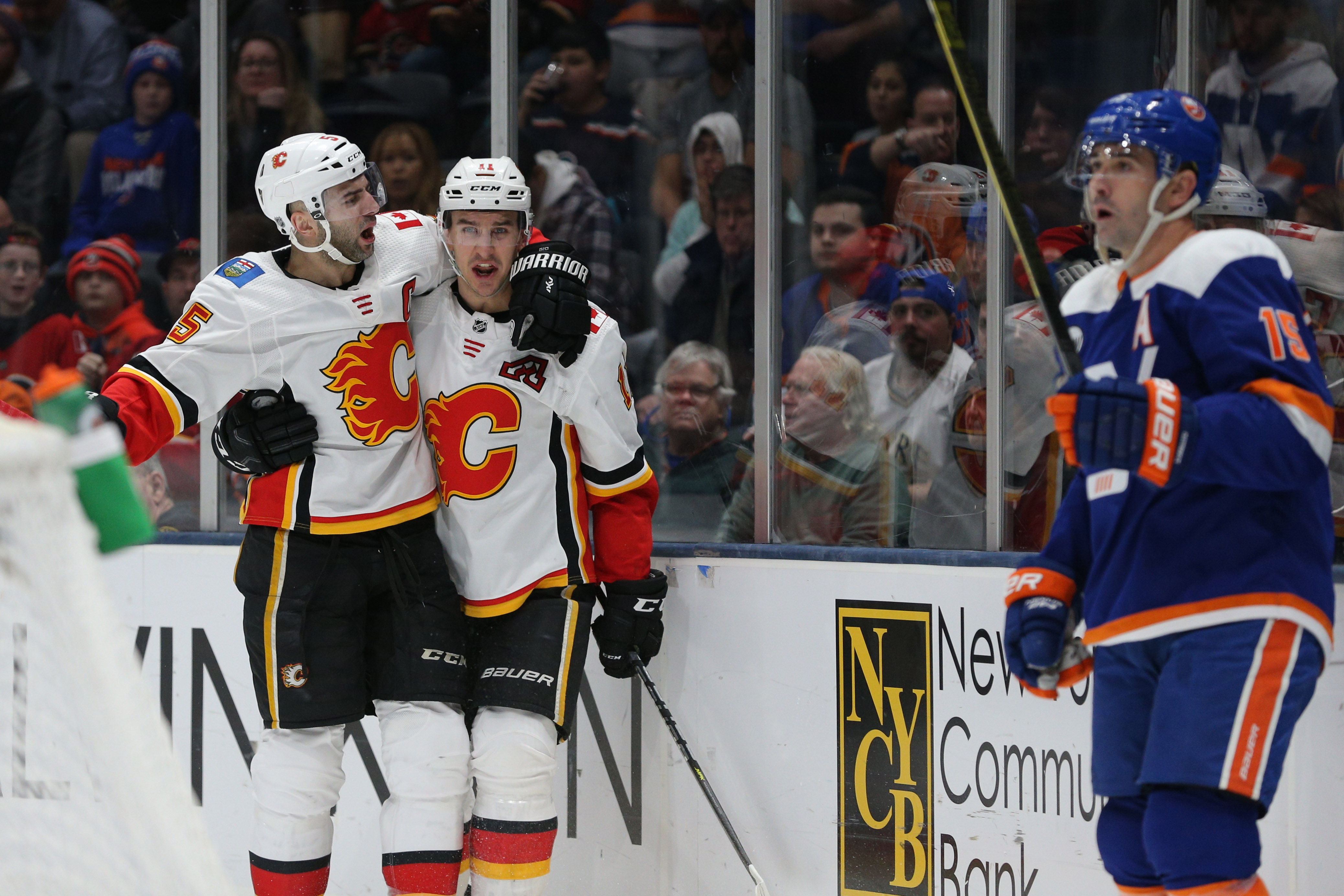 UNIONDALE, N.Y. — A day after the Islanders stood pat at the NHL trade deadline, the team struggled to back up the vote of confidence that general manager Lou Lamoriello gave to them.

For the second time in under a week, the Islanders fell to the Calgary Flames, this time suffering a 3-1 loss at the Nassau Coliseum. A pair of goals early in the third period is what did the Islanders in and their power play failed to convert on any of the four chances it had on Tuesday night.

To make a rough night even rougher, the loss coupled with the Washington Capitals win over the Ottawa Senators pulled the Caps even with the Isles at 79 points in the standings.

“It’s tough because I think it was a good game. I think it could have easily been 2-1, 3-1 us in the second period,” said goaltender Robin Lehner, who made 24 saves in the loss. “We had a couple open nets, but (the puck) didn’t go in and we played hard together. I think it was a tight game. It could have gone either way, but it usually — especially at home — it usually goes our way.

“Of course it sucks.”

The puck just wouldn’t bounce the Islanders way on Tuesday, however, and the team didn’t do itself any favors allowing Calgary to control the play early on. The Islanders were held to just six shots on net for nearly a period and a half.

And with the game tied at one, the Islanders failed to capitalize off the momentum of killing a 5-on-3 advantage to start the third period.

“We killed it off. They did a phenomenal job and gave us momentum. They just scored,” Anders Lee said of the kill that started at the end of the second period.

Tuesday’s performance against the Flames did little to calm the nerves of the team’s fanbase that had been disappointed by the Islanders lack of movement on Monday. The Islanders power play — often a sore point among the fans and part of the team’s game that has struggled — went 0-for-4 against Calgary and only one their man advantages looked threatening.

The Islanders had been linked to several of the big ticket rentals that had been on the market, including Matt Duchene and Mark Stone. However, it didn’t seem like Lamoriello had any interest in a smaller ticket rental at the trade deadline.

Despite the buzz surrounding the Islanders at the deadline, the players in the locker room said it didn’t have any impact on the focus of the team entering Tuesday’s matchup with Calgary.

“We’ve had this group together all season long,” Josh Bailey said. “Some of us for a long time. There’s definitely no different feeling, it’s just getting ready to play Calgary and just came up short.”

It was the Flames who scored first on Tuesday. Mathew Tkachuk scored a highlight reel goal at 2:57 of the second period to put Calgary up 1-0.

Bailey evened the score at one at the 7:39 mark of the second period off an odd-man rush. The goal was Bailey’s 14th of the season.

Mikael Backlund’s goal 3:15 into the third period gave the Flames back the lead and Rasmus Andersson gave the visitors from Calgary a two-goal advantage with his tally at the 5:12.