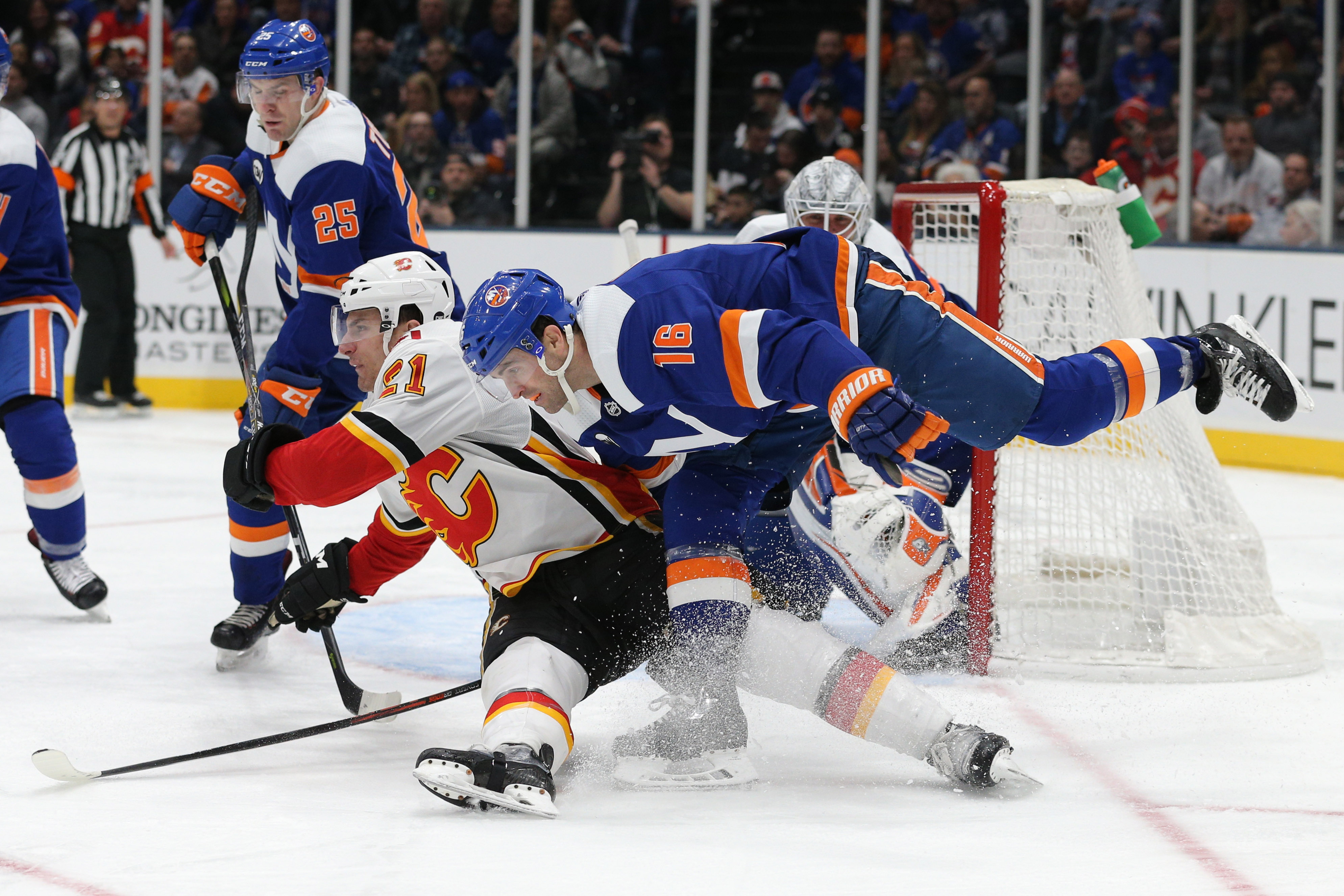 The Islanders just weren’t good enough on Tuesday night against the Calgary Flames. The first of a five-game homestand that will see the Islanders play three straight games against playoff-bound opponents.

Yes, the Islanders were tied with the Flames at one at the beginning of the third period, but they just didn’t have an answer for two goals Calgary scored in the first 5:12 of the third. The loss compounded by the tough upcoming schedule and general manager Lou Lamoriello’s decision to stand pat at Monday’s 3 p.m. trade deadline.

“We’re going to have to (raise our level),” Islanders coach Barry Trotz said on Tuesday. “It doesn’t matter if we have or we haven’t. We’re just going to have to. There’s teams that are in the mix…that are winning. We have to take care of our own business. We’re in good shape, we just have to win our games.”

The level that wasn’t there on Tuesday will need to be there on Thursday and Friday. The Islanders have back-to-back games with contending teams in the Eastern Conference.

Thursday game against the Toronto Maple Leafs will be an emotionally charged one with John Tavares making his Long Island return, but it will be more important than just that storyline. The Islanders need to points to put some space back between themselves and the Washington Capitals, who pulled even with them on Tuesday in the Metro Division.

The Caps are also the Islanders opponent the following night on Friday.

New York has handed both teams losses in their previous matchups, but the Islanders will need a better effort than the one they put up against the Flames. The Islanders were held to just six shots for more than 20 minutes on Tuesday and the power play went 0-for-4 in the loss.

“We have to really have a great mindset coming into Thursday,” Anders Lee said after Tuesday’s loss. “It’s a huge game for us to bounce back and start getting two points. It’s an important homestand here against some top teams. A few in the division as well, so right now our mindset is on Thursday and looking to get back on track.”

To try and help his players keep their focus on the game on Thursday, Trotz canceled practice on Wednesday to allow the players to have a mental day in preparation for Thursday.