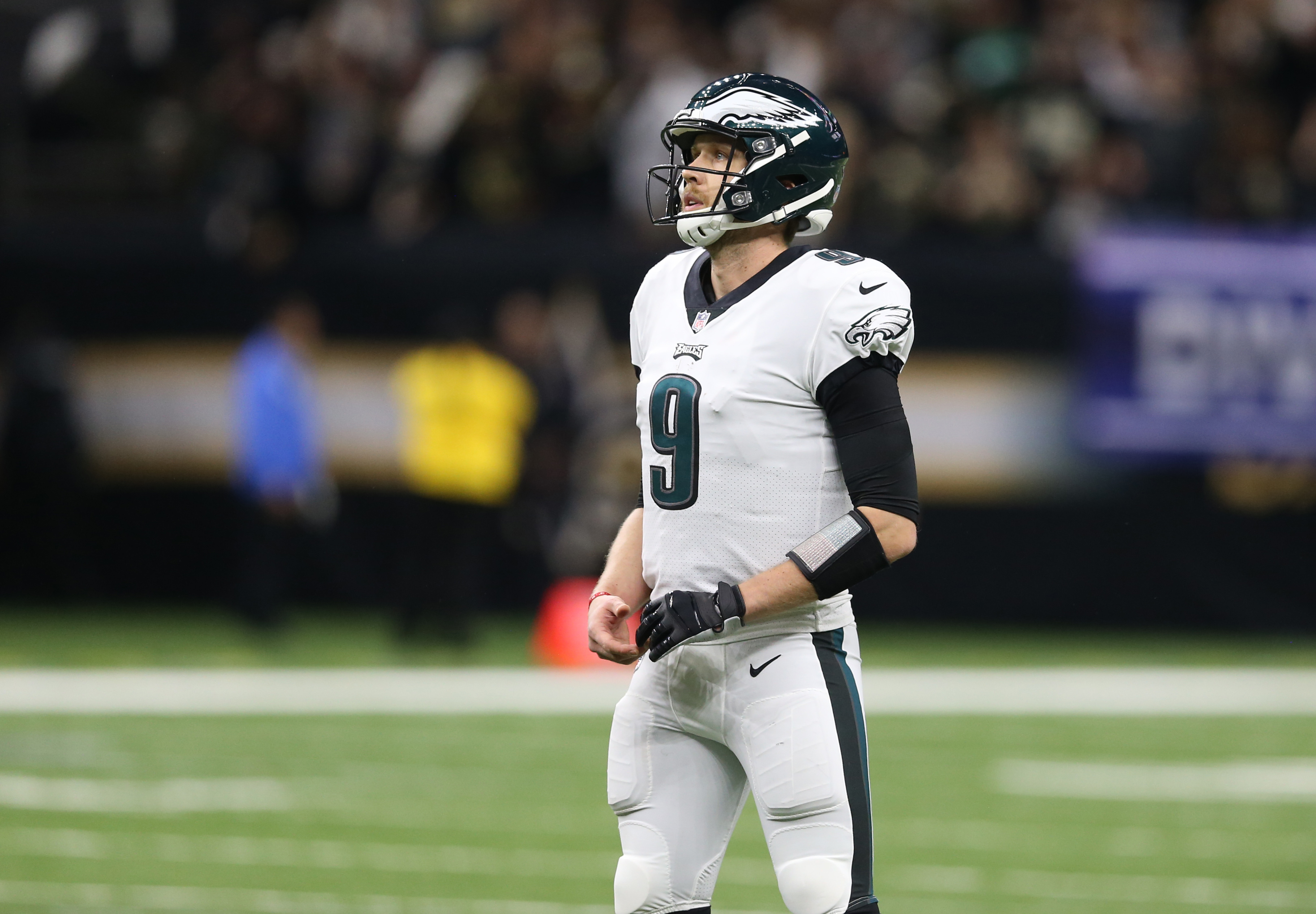 The Jacksonville Jaguars are rumored the be the favorites to land Nick Foles in Free Agency.

The Philadelphia Eagles have made it official; Nick Foles will NOT be franchise tagged and will be free to sign with any team he desires when the 2019 NFL Free Agency pool opens up. As expected, the Jacksonville Jaguars are going to be high on Foles’ list as there’s some familiarity within the organization for him.

Just a couple of months ago, the Jaguars brought in a new offensive coordinator in John DeFilippo. As “Flip’s” last stop was in Minnesota, he was with the Philadelphia Eagles just a season ago in 2017, when the Eagles took home the Lombardi trophy. There, he was the quarterback’s coach for both, Carson Wentz and Nick Foles. Now, he runs the entire offense in Jacksonville where they need a quarterback. Could Foles be the guy?

The Jags are favored… So far

A lot can change once free agency opens March 13, but for now, the Jacksonville Jaguars will head into free agency as the favorite to land Nick Foles.

Before the 2018 season concluded, there was a rumor that Nick Foles was going to get “Reggie White-like” demand in the Free Agency market. Over time though, we’ve begun to realize that a lot of that was just noise. As the Denver Broncos were interested, they ultimately made a move for Joe Flacco instead. The New York Giants were also linked to Foles before, but at the NFL Combine, the Giants doubled-down on keeping Eli Manning.

The Washington Redskins could use a quarterback for 2019 alone, but paying for Foles may be out of the budget for just one season. That leaves the Miami Dolphins and the Jaguars as the two teams that don’t have any immediate plans at quarterback aside from taking a potential rookie this year.

While the Jaguars will most likely make Foles an offer or two, it’s necessary to point out that they don’t have a ton of cap space right now. As a matter of fact, they currently have one of the worst cap situations in the NFL. Not to mention, they have a top-ten pick, where they could also draft a quarterback. Seeing as though Foles wants to start and be viewed as a franchise quarterback, it may be problematic that he will have to compete for that spot with a player on a rookie contract once again.