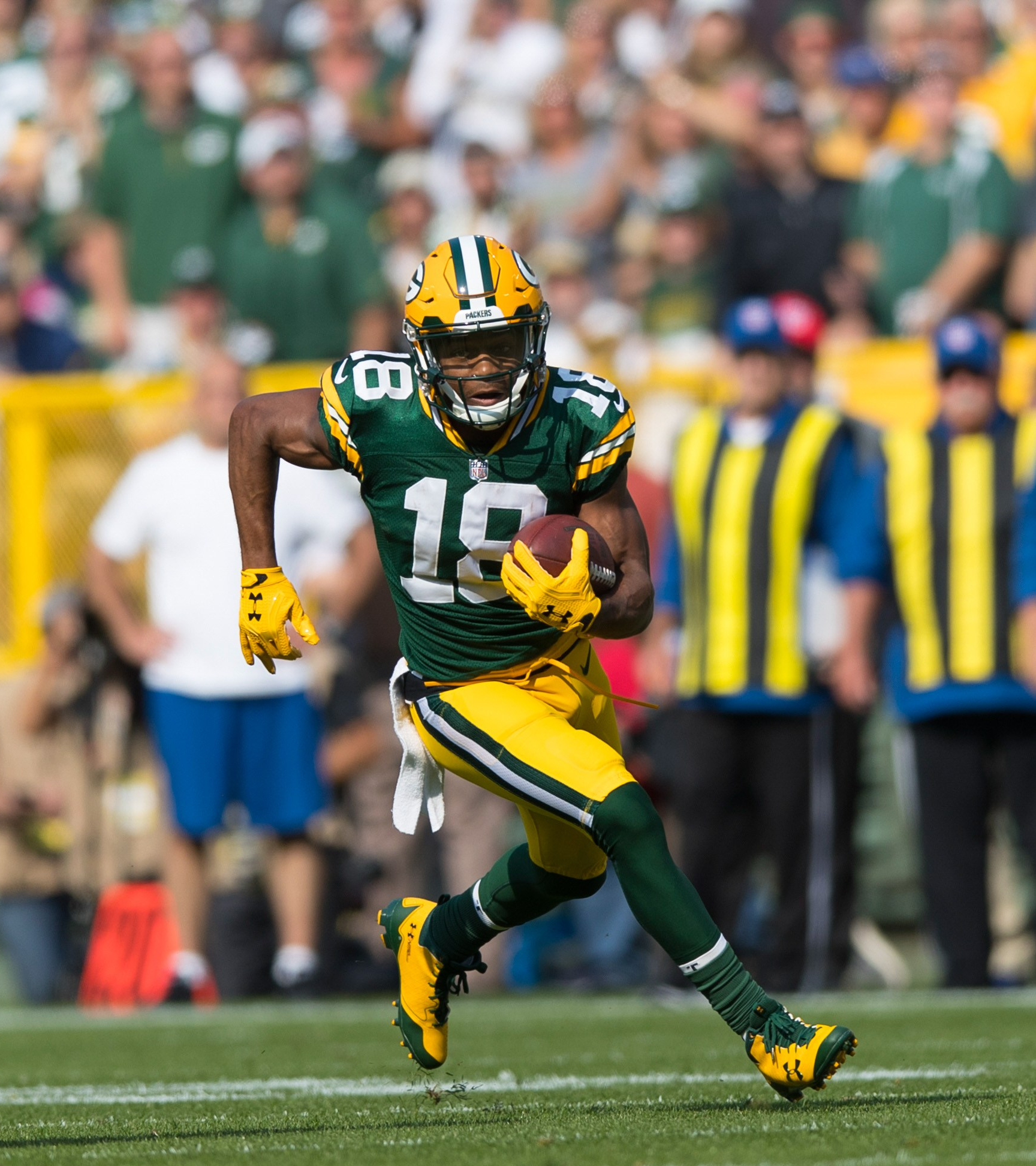 According to published reports, the Green Bay Packers will not be bringing back unrestricted free agent wide receiver Randall Cobb next season. While this hardly comes as a surprise, Packers fans should take a moment to pause and reflect on what Cobb has meant to the team over the past eight seasons. Cobb was a standout on the field, involved in the community and a good influence in the locker room. He will be missed.

In his second season, Cobb became a consistent contributor to the Packers receiving corps and finished the year with 80 catches for 954 yards and eight touchdowns.

Cobb was always versatile. In addition to returning kicks and punts and catching passes, he frequently lined up in the backfield and carried the ball from scrimmage as a change of pace. He finished his career in Green Bay with 59 rushes for 352 yards, an impressive 6.0-yard average.

“What makes him special as a wide receiver – he’s got a knack,” former Packers special teams coordinator Ron Zook said. “He’s got great vision, great quickness, great acceleration. Just like as a wide receiver, he’s got all the tools. It’s why we use him more in the backfield, coming out of the backfield and get the ball in his hands. He can do things special when the ball is in his hands.”

Cobb’s best season came in 2014 when he made 91 receptions for 1,287 yards and 12 touchdowns and he was selected to the Pro Bowl. It was after this career-best campaign that he signed a lucrative four-year, $40 million contract extension that expired at the end of this season.

Perhaps Cobb’s most dramatic moment came in the season finale in 2013. Both Cobb and Rodgers were back in the lineup for the first time in weeks due to injuries. With less than a minute remaining, Cobb grabbed a long 48-yard touchdown pass from Rodgers on fourth down that clinched the NFC North title for the Packers and sent the team to the playoffs.

Cobb saved some of his best performances for the postseason. During the Packers run to the 2014 NFC Championship Game, the Maryville, Tennessee, native made 15 catches for 178 yards and a touchdown including a standout eight catches for 116 yards in the Packers dramatic win over the Cowboys.

In 2016, he dominated the New York Giants in the opening round of the postseason, making five catches for 116 yards and three touchdowns including a dramatic Hail Mary and the end of the first half that took the life out of the Giants and put the Packers ahead to stay.

Unfortunately for Cobb and the Packers, he was slowed by a spate of injuries. In 2013, he suffered a broken fibula, which caused him to miss 10 games. Cobb also missed time in 2016 due to hamstring and ankle injuries. This season, he missed time due to a sore hamstring and a concussion. The injuries slowed Cobb down and his elusiveness and yards after catch went down as he lost that quick burst he had earlier in his career.

Cobb’s final dramatic moment in a Packers uniform came in this year’s season opener against the Bears. The Packers overcame a 20-0 third-quarter deficit to beat the Bears 24-23 with Cobb catching a 75-yard touchdown pass from Rodgers in the final two minutes to provide the game-winning score.

He also served as a mentor to the Packers young receiving corps in 2018, helping rookies Marquez Valdes-Scantling, J’Mon Moore and Equanimeous St. Brown to learn what it takes to succeed in the NFL.

Cobb earned the respect of his teammates including Rodgers who publicly encouraged the Packers to re-sign Cobb in December. “When Randall is healthy, I think our offense has been different because we have a true slot guy that can make plays in the slot consistently,” Rodgers told reporters.

In addition to his work on the field, Cobb was also involved in the community. He has worked with Big Brothers, Big Sisters in Green Bay as well as helping to give food on the weekends to needy children who get free lunches at school during the week. Cobb also ran the Football ProCamp at Notre Dame Academy where he provided football instruction for local kids.

Cobb will become an unrestricted free agent in a few weeks and will likely continue his NFL career elsewhere. But as the Packers and Cobb prepare to go their separate ways, fans should thank Cobb for his effort, his involvement in the community and the great memories he gave them along the way.