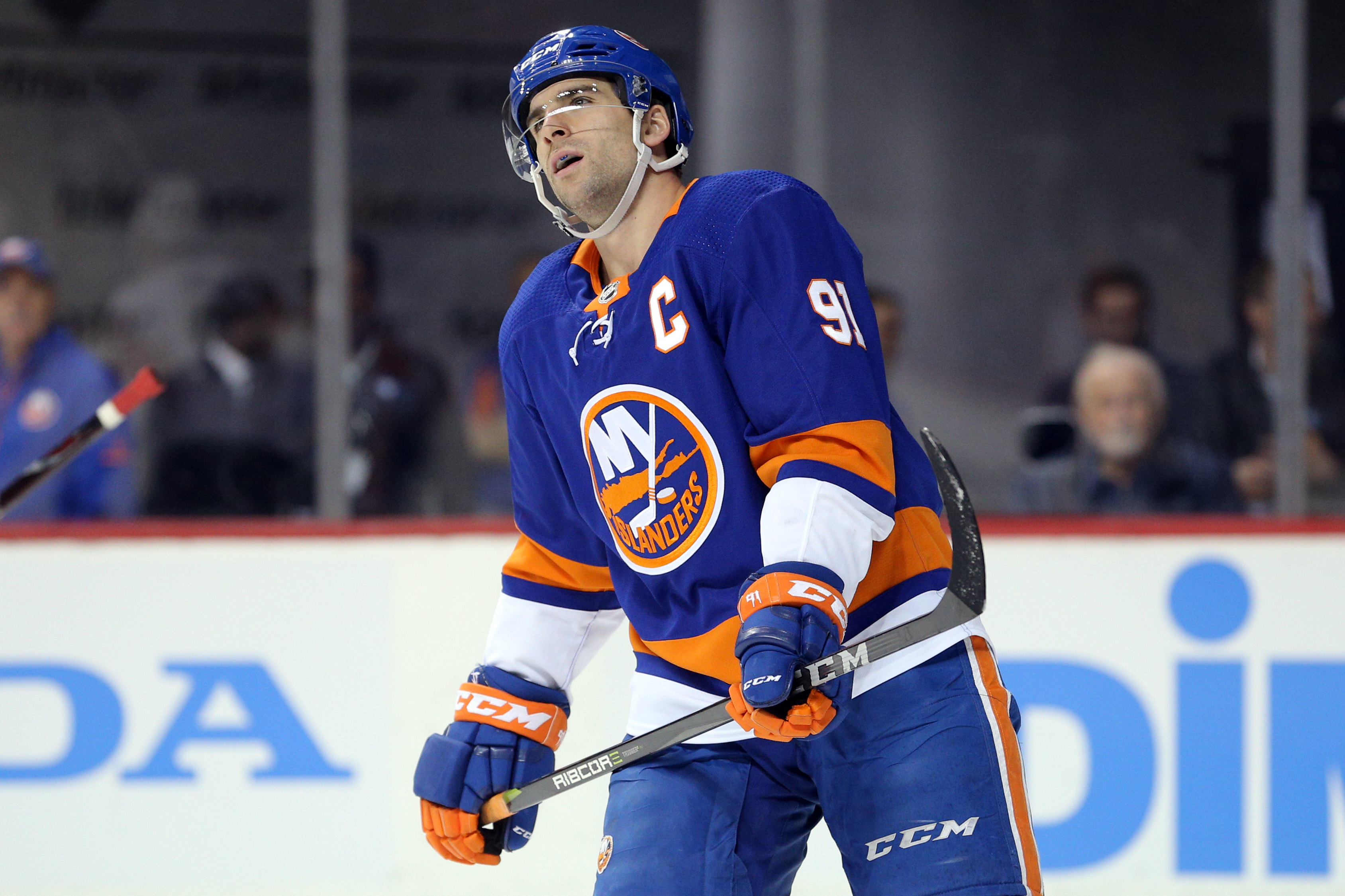 July 1st, 2018; A day that left the Islander organization and fan base in complete shock. Longtime captain John Tavares signed a seven-year deal for $77 million to play for his hometown Toronto Maple Leafs.

The move came after verbally committing to being a critical part of the Islander’s future. But actions speak louder than words.

Flash forward, the Islanders have played surprisingly well without their former superstar and still sit atop the Metropolitan Division.

Tavares is having an incredible year with the Leafs, putting up 34 goals and 31 assists in 61 games. And Toronto is third in the Atlantic Divison at the moment as they prepare for their upcoming game on Long Island on Thursday.

It marks Tavares’ first trip back to his former home.

Everyone was so quick to jump on Tavares for leaving, but what if I told you that him leaving might have been the best thing for this Islander group. Crazy, right?

Year after year, former General Manager Garth Snow tried to find someone with the right skill set to play alongside Tavares, and year after year he would have new linemates. From Matt Moulson to Thomas Vanek, nothing worked out long-term.

All the attention was on number 91. Management offseason after offseason looked for players to acquire in order to help him and further his career instead of finding who could help the team.

Tavares was just so much better than anyone else on the roster. The gameplan was for him to be the offense, to be the most involved. Which makes sense given his offensive talent.

The problem was hockey is a team game and Tavares could not handle it on his own. Something he desperately tried to do night after night.

And by way of the draft, the Islanders did that.

The emergence last season of Matthew Barzal gave the team another offensive weapon. However, playing on a line with Tavares was not ideal because both players were centermen.

Could one of them have made the move to the wing? Most likely, but again, not ideal.

Tavares leaving gave the Islanders an opportunity to take a hard look in the mirror. There was no longer an NHL superstar on this team. There was just a group of guys.

Some better than others, but not one player whose skill was far superior than anyone else’s. And that may have not looked like a good thing at the time, but boy it has proven valuable now.

With the cap room, the Islanders added free agents Leo Komarov and Valtteri Filppula, as well as Matt Martin via trade, At the time it was questionable how these moves could fill the void Tavares left behind, but the Islanders managed to create 4 solid lines.

The credit for acquiring those players goes to Lou Lamoriello. Finding a way for these players to be successful is credited to Barry Trotz, who has been able to get the Islanders to buy into his team-first system, a powerful mentality. The Islanders have become a team where any line can go out there and play against any opponent.

Each line has its role now, but each line can still put the puck in the back of the net and that pressure of one guy needing to be “the guy” is no more.

As bold as it is to say, having one amazing line with Tavares would never have created a winning team. They would have been a borderline playoff team at best.

By Tavares leaving Barzal was given pressure, no question, but this pressure can only help him grow into the best player he can be.

To make my case, Barzal has not been the best player on this Islander team. And this team is in first place in the Metropolitan Division.