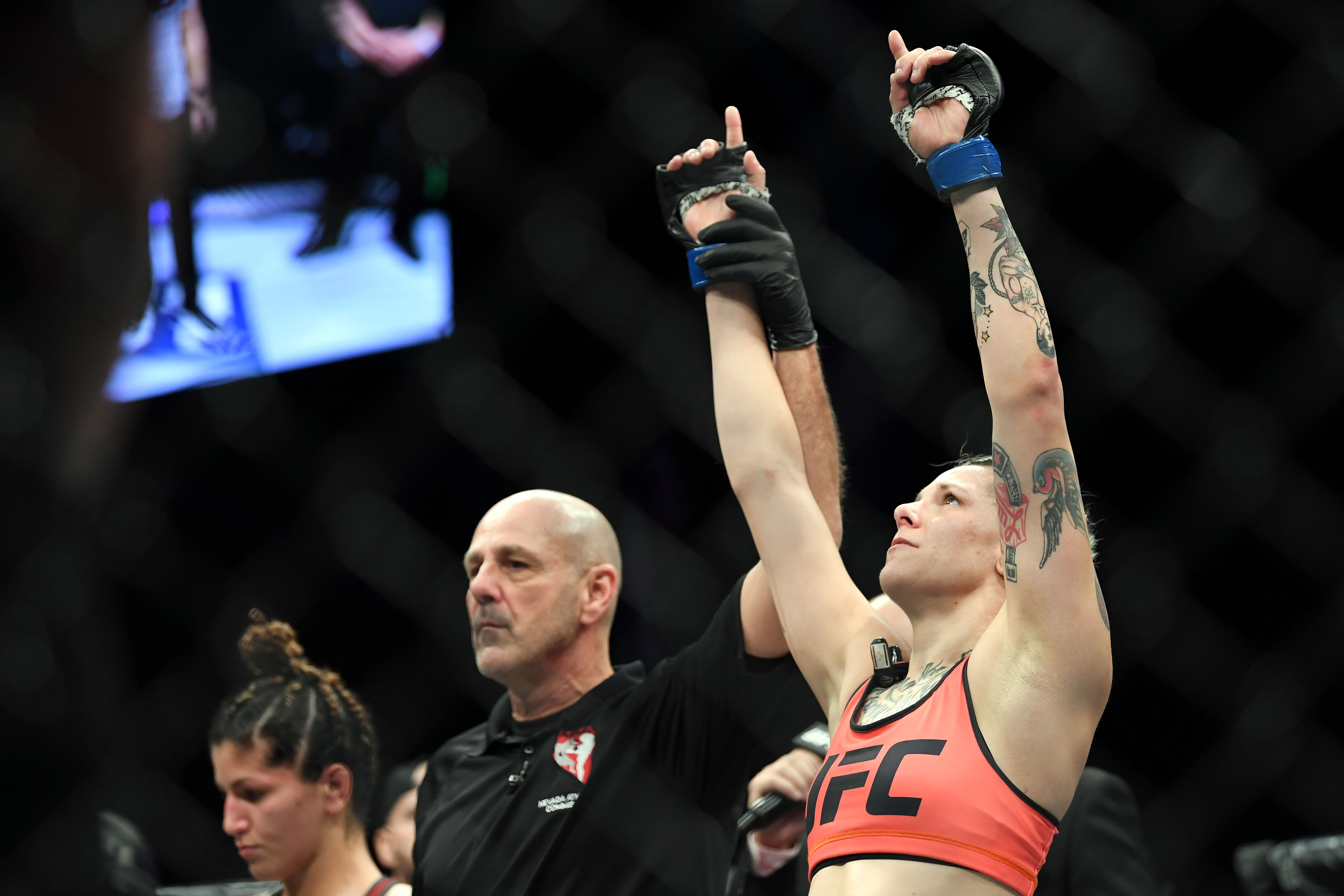 When a team is giving you all the wins you can handle in a column like this, you ride that team non-stop. So, fresh off her teammate’s (Carlos Diego Ferreira) win last week, we look back to a product of Fortis MMA.

While she is long limbed and uses that strength well on the feet, her real area of expertise is on the ground. It was on full display during The Ultimate Fighter Finale, where she dragged Pannie Kianzad into deep water and choked her out. Perhaps the most impressive part of her ground game is her ability to let her opponent move and to transition with that movement. She is not a force grappler who tries to muscle her opponents into position, but rather she lets them put themselves there and then happily takes it.

With only three career professional fights, Chiasson doesn’t appear to be flush with experience. However, what that record doesn’t show is two fights on The Ultimate Fighter against high level opponents. It also doesn’t show her seven fight amateur career that includes fights against veterans like Felicia Spencer. Combine that with work with a team that is constantly pushing her with UFC talent, Chiasson’s experience shouldn’t be held against her.

In her last two bouts, Gina Mazany has been all about the wrestling. She’s gone for nine takedown attempts in those fights and was successful on six of them. While that is a solid percentage, I’m not sure she wants to be on the ground with such a solid submission game. And if she doesn’t want to take it to the ground herself, she might not have a choice in it going there anyways. Her takedown defense is an abysmal 20%. This means regardless of her intentions, this probably winds up on the ground.