Video: Jordan Binnington has a great response when asked if he's nervous 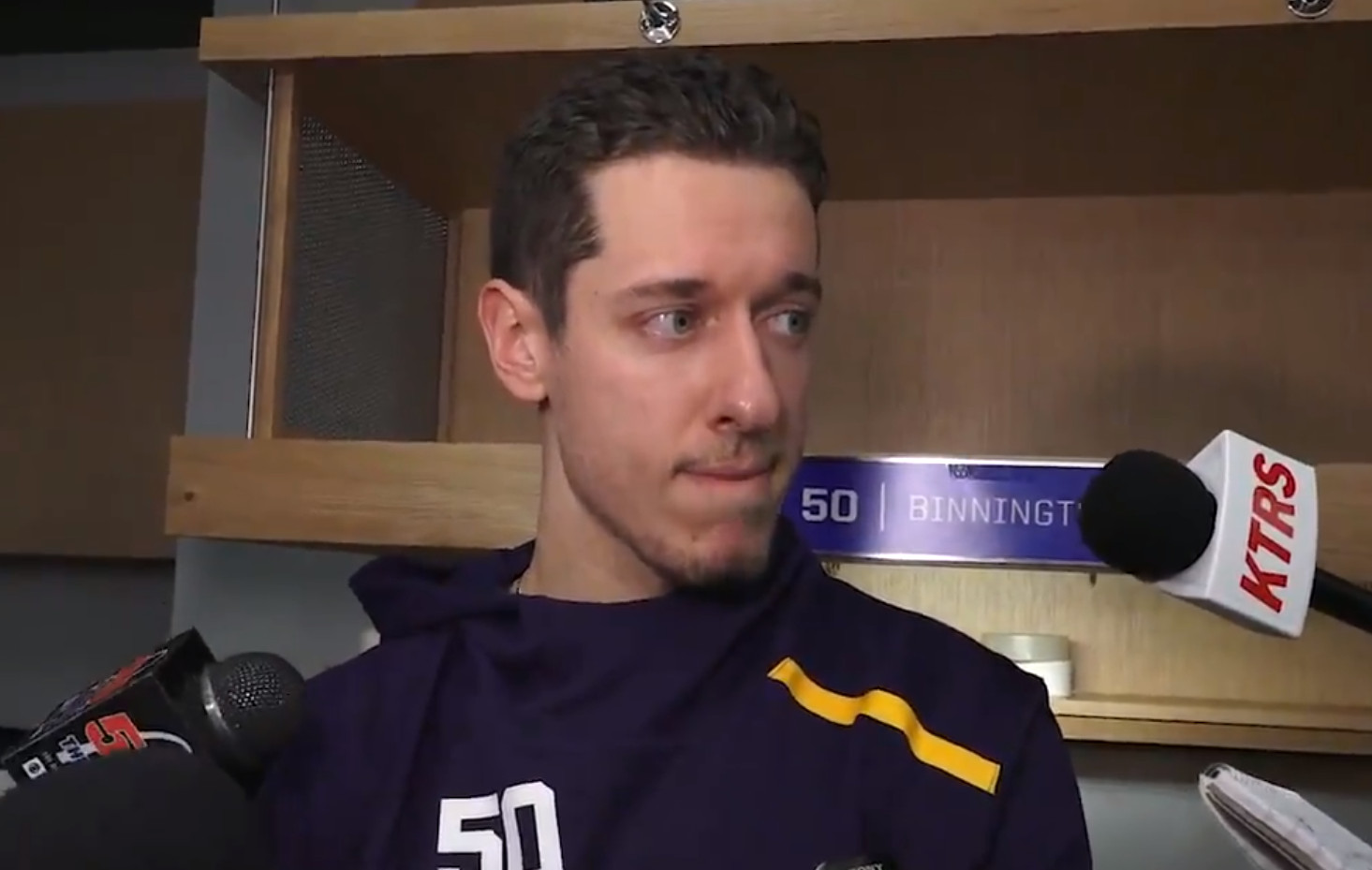 Video: Jordan Binnington has a great response when asked if he's nervous

The 25-year-old Jordan Binnington has been one of the best stories in the NHL this season. Called up to assist a struggling goaltending picture with the St. Louis Blues, Binnington has locked down the position and has rattled off five shutouts, a 1.61 GAA and a .936 save percentage in 20 appearances.

Binnington has been calm and collective between the pipes, looking like a player with many years of NHL experience. Has he been nervous at all during his team’s recent run of success?

Tied 0-0 in the third period against a division rival at home in a huge game.

That’s an outstanding answer. Binnington has been such a calm presence in the St. Louis goal that other reporters have even reached out to other players on the roster to find out if Binnington has any kind of emotion.

Tarasenko on whether Binnington has any emotions: "Yeah. He's a really good guy and not quiet like you think. You can see how he throws the towels (when he's a star of the game). Really excited for him." #stlblues

At this stage, the St. Louis net is Binnington’s to lose. The rookie has been a huge reason behind the team’s surge up the standings and into the playoff conversation. His ability to make the big save when it matters has seemingly given the team as a whole more confidence and resolve.

Will he be nervous if the Blues make the playoffs? Does he look nervous?