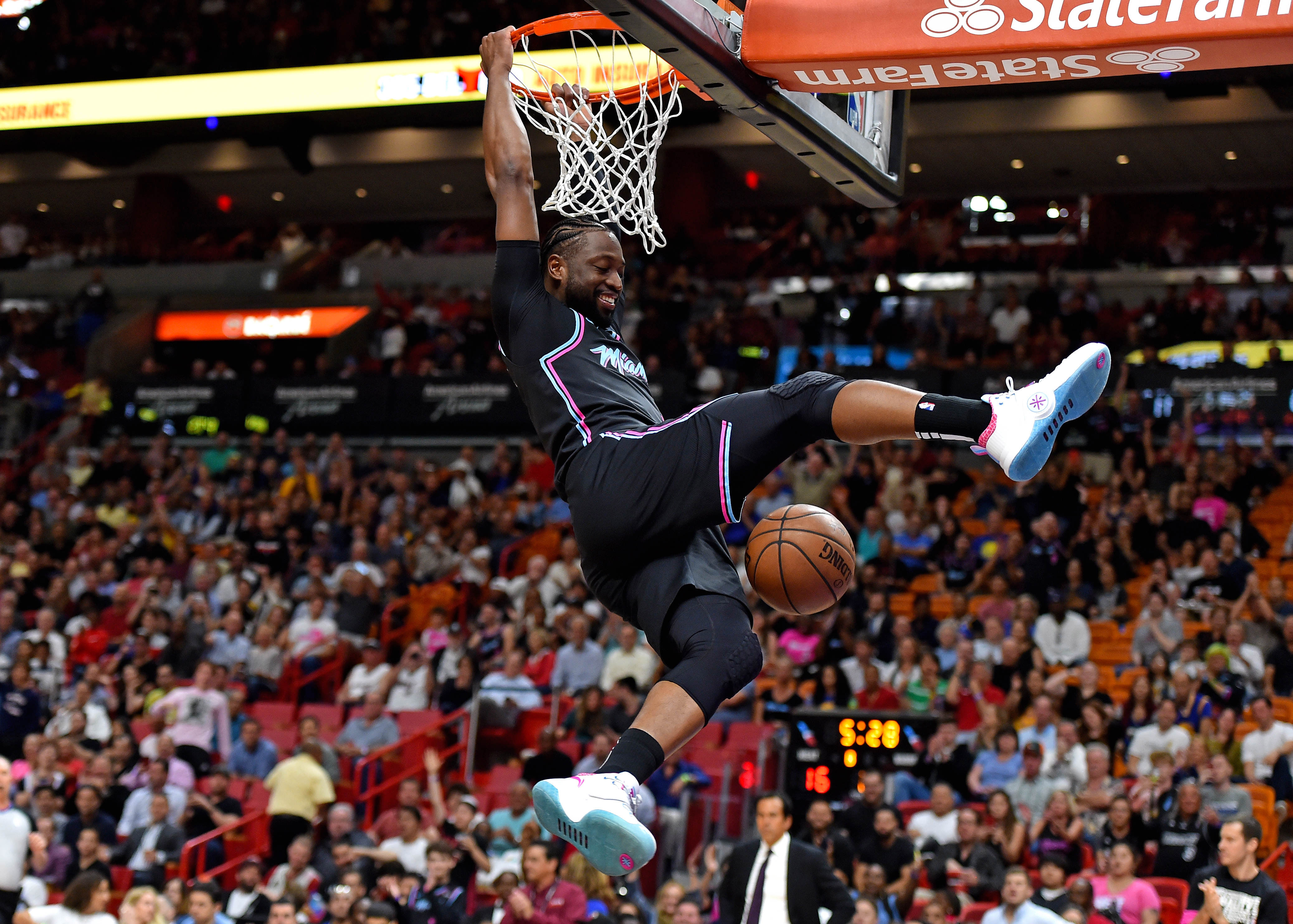 The Dwyane Wade retirement tour has been filled with exciting plays and entertaining moments this season, and it’s clear that he still has more in the tank than many initially believed.

Still, Wade has made it clear that he plans to retire at the end of this season, so fans are making sure to watch him ball out on the court as much as possible.

His best moment of this season so far came during Wednesday’s game against the Warriors, when he drained an absolutely ridiculous shot to beat the world champions.

It happened in the game’s final seconds, when he had his initial shot attempt blocked, but got the ball back. He then just threw up a ridiculous circus shot off his back foot from behind the arc, and it banked in off the backboard. Wade — along with his teammates — went nuts celebrating the game-winner.

Wade turned back the clock on that game-winning shot.