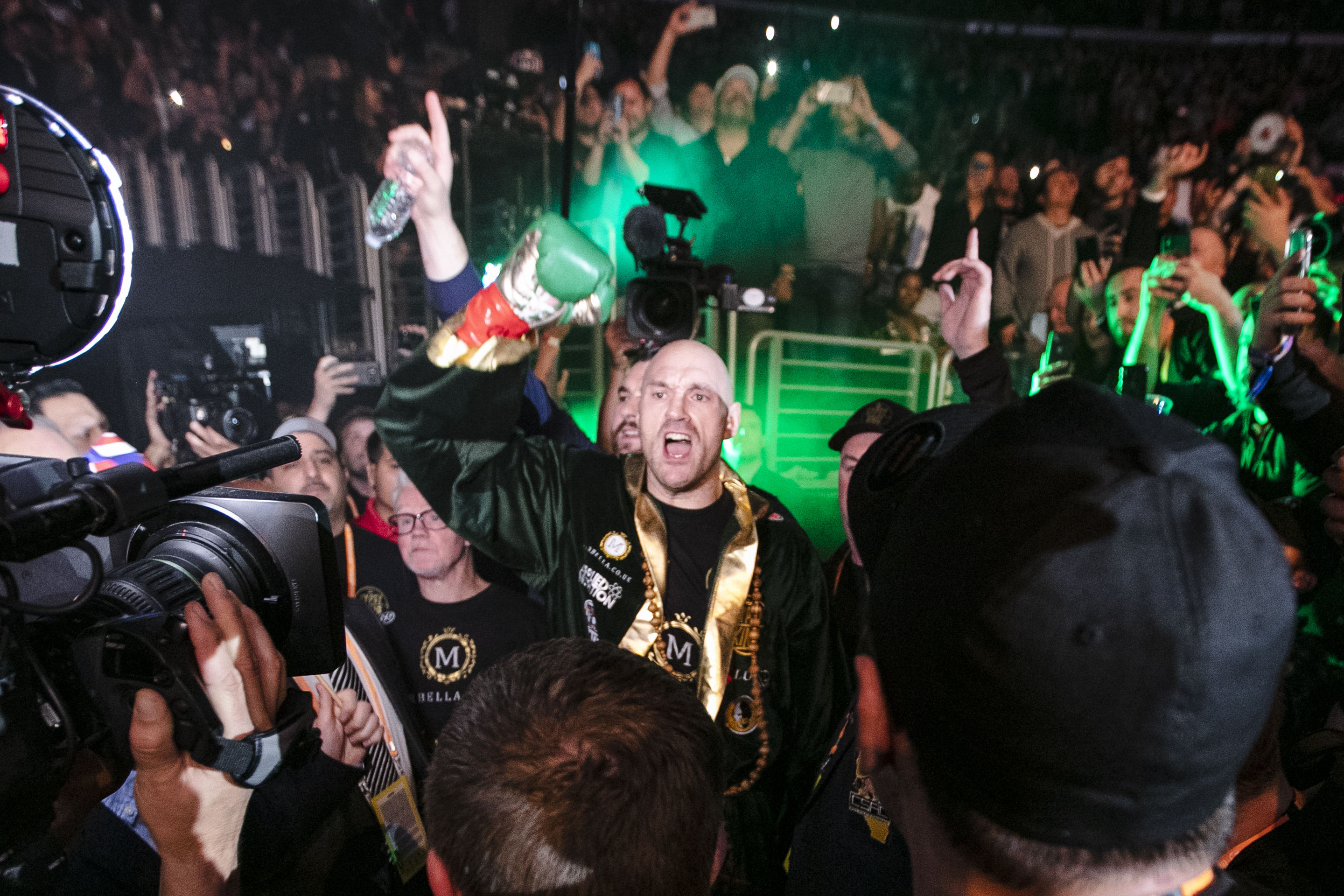 It was just last week when we were talking about a rematch between Deontay Wilder and Tyson Fury coming to fruition. The promotors involved, having heated discussions for months, looked like they were finally coming to an understanding. And just like that, it all came crashing down.

A few days ago, Tyson Fury inked a deal to become the exclusive fighter of ESPN and Top Rank. Per the agreement, Fury (27-0-1) will be working to have two fights a year under the ESPN banner. The goal is for the Lineal Champion to make a name for himself inside the United States.

“I’m delighted that Frank and Queensberry Promotions have teamed up with Top Rank to promote my fights in America,” Fury stated in a press release. “With ESPN and BT Sport behind me, the biggest sports platforms in the world are now linked up with the best heavyweight in the world!”

In case you forgot, Fury and Wilder (40-0-1) engaged in a wild affair back in December, which resulted in a split decision draw. During the bout, Wilder knocked down Fury twice, but the latter rose up like the Undertaker each time. It was a fairly even bout that some thought should have been given to Fury.

Where does this ESPN deal leave Deontay Wilder?

Wilder is reportedly a free agent, but has not come close to any talks with Top Rank or anywhere else. He is a man without a home, and a true opponent. Originally penciled to face Anthony Joshua, the undisputed Heavyweight Champion is busy with Jarrell Miller. There is a chance he can join Eddie Hearn’s Matchroom, where DAZN would pay him a ton of money.

There is also the chance that Showtime can secure the heavy-punching Wilder and give him a tuneup fight to prepare for whatever is truly next.

SOURCES: Deontay Wilder is likely to defend his heavyweight title on May 18 at Barclays Center on Showtime. The probable opponent is longtime mandatory Dominic Breazeale, but the WBC still must rule on the situation

If Joshua were to beat Miller, a bout with Wilder wouldn’t be off the table. Where would that leave Fury, however? His new deal stunned the boxing world. Heavyweight boxing has a lot of drama going on right now, and it is not all Wilder’s fault.

It looks like a Fury rematch could be in the fall, but can Wilder wait that long between bouts? In 2019, boxing is starting to get some major momentum back. How long they can keep it, especially with this recent snafu, is up in the air.