Your Morning Dump... Where the Celtics are not playing together 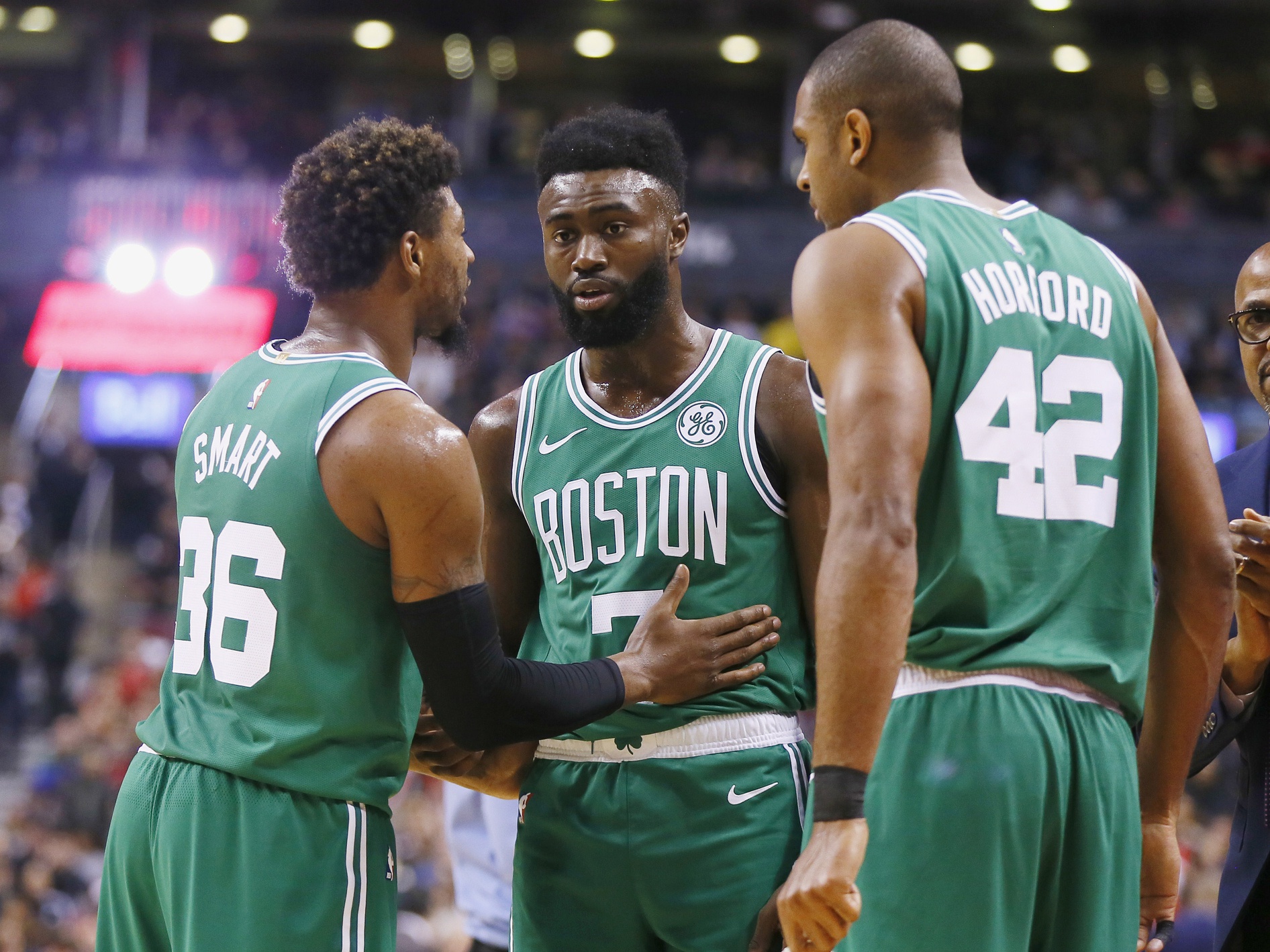 Your Morning Dump... Where the Celtics are not playing together

“What are the main ingredients to those collapses? Not being together,” Smart said. “And that’s it. We’re just not together. Plain and simple. That’s it. Because if we were together, that wouldn’t happen. We’re all talking and linking up, but like I said, it’s something we’re going through, and it’s something we’re going to have to continue to work at and figure it out.”

“That’s the thing about this game,” Smart said. “You’ve got to have a short memory. This game’s over with, and we’ve gotta focus on tomorrow and get ready to come out and play.”

Smart said that despite the slower timetable, he had reason to believe the Celtics could mold themselves into a cohesive unit in time for the postseason.

“Because everybody here’s professional,” he said. “Everybody here plays basketball, and everybody is really talented on this team. And I know the potential that we all have. So, it’s just a matter of time.”

The Celtics played cohesive team basketball for one quarter, so that’s something, right? Marcus is right, though. When things get rough, the team crumbles.

Brad Stevens said the team looks for “shortcuts” after the game and it took me a while to get what he meant. My best guess is that he sees the team trying to dig themselves out of a hole by circumventing the system they have in place, trying to get cheap baskets in a hurry instead of working hard to claw their way back. Taking a deep three early in the shot clock, for example, is a pretty clear ploy to get points on the board quickly without having to work for them. Sure, a pair of three-point bombs to conjure six points out of thin air would cut the deficit pretty quickly, but trying to hit home runs when you need to string some singles together isn’t the Celtic way. At least, it shouldn’t be.

Mechanical errors can be fixed. Mental weakness is another story, and it’s hard to get a read on where the Celtics stand in that regard. I can only hope for the best.

Marcus Morris wants to move past loss quickly: “It is what it is. We play tomorrow.”

Al Horford on the difference this year: “For some reason, we’re not fighting.”

Kyrie Irving and Danny Ainge sitting at Kyrie’s locker and chatting as the locker room is opened to the media.

Finally… the Trail Blazers were stuck in an elevator in Boston

When it rains, it pours. The Celtics are slumping, the elevators are broken, we’re getting hurricane wind in February… I’m ready for July.

MassLive: Why are the Celtics failing to meet expectations? There is no simple answer | John Karalis

ESPN: Where Celtics and Lakers can look for inspiration