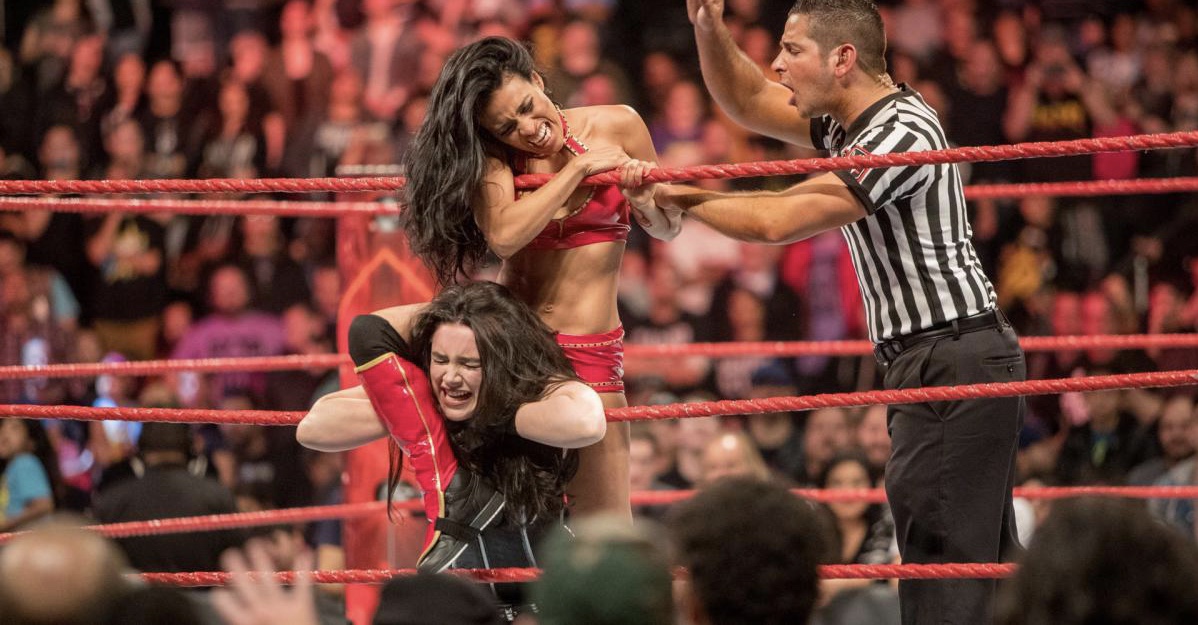 The hit WWE film, “Fighting With My Family”, has received favorable reviews since its release recently. Following Paige’s career, the movie highlights her trials and triumphs to become a WWE Superstar.

Fans who follow the first NXT Women’s Champion know all too well about her main roster debut with WWE. Coming in as the rookie underdog, Paige would upset Divas Champion AJ Lee the night after WrestleMania 30.

One of the more prolific feuds in the last several years, Paige and Lee would battle back and forth for the Divas Championship that summer before teaming up at WrestleMania 31 to take on the Bella Twins. After Lee’s appearance on the following Monday Night Raw, the pint-size diva announced her retirement from the ring.

Lee was a big part at the start of Paige’s main roster run in the company. To this day it remains one of Paige’s most memorable feuds in her short-lived career. So it was only right to find someone who could fill Lee’s Chuck Taylors.

Zelina Vega would be chosen for the role, revealing to WWE’s Kayla Braxton that The Rock had her in mind for the part.

In the interview with WWE, Vega recounted being at a crossroads between wrestling and acting. That was what led her to call the WWE icon.  With the promise to call her back, The Rock followed through with a huge opportunity to cast her in the film.

“I was like, OK, sweet.  I’ll probably just get a little scene in the background and it’ll be great!”  Vega joked.

But the joke was on her when The Rock told her that he wanted her to be his Champion.

“He believed in me from the start.”  Vega added.

Vega and actress Florence Pugh filmed the match sequence in front of a live crowd in Los Angeles versus the original crowd in New Orleans. From there, Vega’s in-ring career went full speed ahead. Prior to the film, Vega only had tryout matches on NXT before making her official debut for the developmental brand in 2017.