Ben Simmons could see some action at Center against OKC 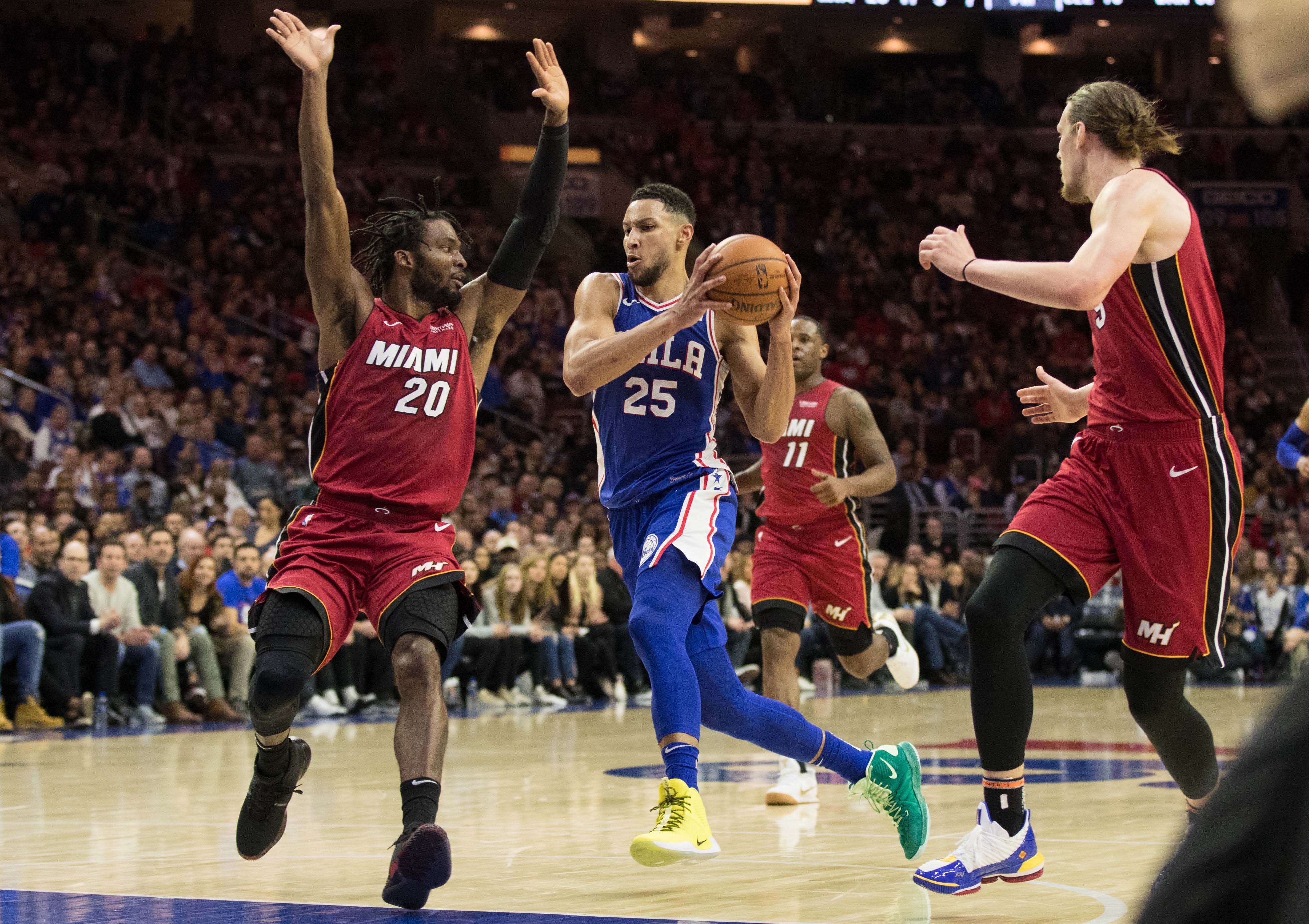 Ben Simmons could see some action at Center against OKC

The Philadelphia 76ers plan to get creative with Ben Simmons on Thursday night against OKC.

What do you do when you’re missing so many key players? You get creative and try something different. These last few weeks have been questionable for Philadelphia 76ers’ head coach Brett Brown.

When it comes to who’s playing where, and who’s playing with who, many have been complaining about Brown’s decision-making. Whether you like it or not though, Brett Brown merely is just trying to do new things, and figure out what’s going to work best when playoff time rolls around.

It’s not easy to operate with new players midway through the season. You never know what you got until you try everything. Sure, the Sixers have their struggles, thanks to the experimental experience they’ve got going on, but at the end of the day, they won’t miss the playoffs over it.

Right now, the Sixers are short-staffed. Joel Embiid, Boban Marjanovic, and Justin Patton are all out. Jonah Bolden is decent when called upon but surely has his struggles. Amir Johnson, well, he’s a solid veteran presence, and we’ll leave it at that.

It’s no secret that the Sixers are weak at the Center position. Hence the reason why Brett Brown wants to make an exciting adjustment for Thursday night’s game against the Oklahoma City Thunder. According to Sixers reporter Keith Pompey, Johnson and Bolden won’t be the only guys seeing some action at Center on Thursday.

A new look for the Sixers?

The #Sixers plan to play Ben Simmons or Mike Scott at center when #Thunder backup center @NerlensNoel3 comes into the game tonight. Amir Johnson and Jonah Bolden will be the centers who will play against OKC starting center Steven Adams.

When the Thunder’s backup center and former Sixers’ center, Nerlens Noel checks in, the Sixers will roll with Ben Simmons or Mike Scott at Center on Thursday. Very interesting move by Brett Brown. I know it sounds crazy since Simmons’ is positioned at guard, but many forget just how big Simmons is sometimes. Listed at 6-foot-10-inches, Simmons is just one inch shorter than Noel.

The Sixers haven’t experimented with Simmons size like this yet, but with some significant players out, why not try it now? Brown is obviously open to trying whatever it takes to snatch a win from the Thunder. And when your best player is out, you can’t just stick to what you know and hope for the best. Be aggressive, and make some changes.