Can the 76ers finally defeat the Oklahoma City Thunder while short-staffed? 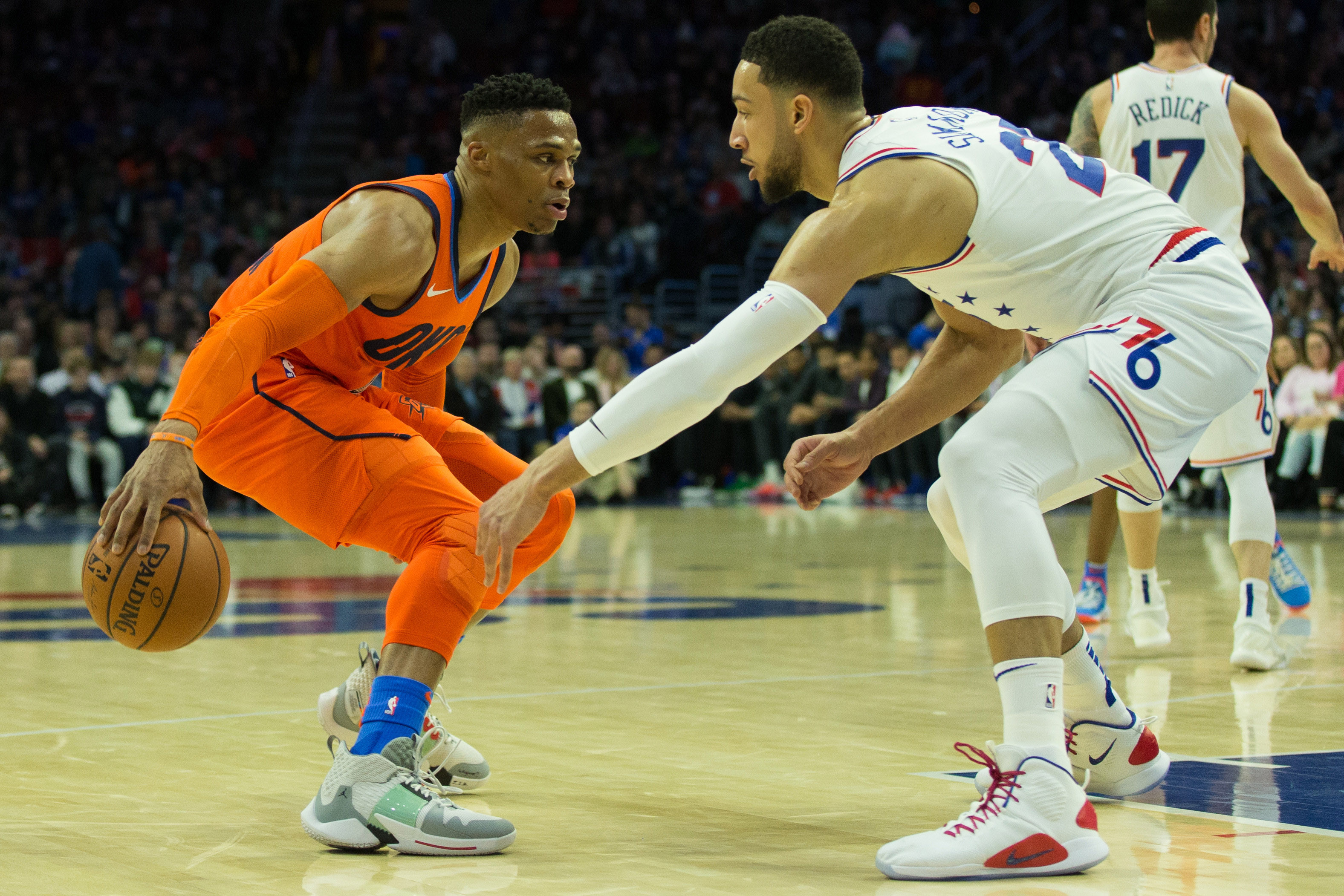 Can the 76ers finally defeat the Oklahoma City Thunder while short-staffed?

Will the Philadelphia 76ers finally defeat the OKC Thunder with thin depth at center?

How many times are the Philadelphia 76ers going to fall short to the Oklahoma City Thunder? With a loss on Thursday, the Sixers would drop to 20 straight losses from the Thunder (yikes). Clearly, not an ideal situation for Philly. Although the Sixers are doing excellent against Western Conference teams this season, the Thunder are one of a few teams the Sixers simply cannot defeat. Full strength or short-staffed, they will struggle.

Sixers’ All-Star center Joel Embiid will be out on Thursday night, along with his big man backup, Boban Marjanovic. Right then and there, the Sixers are down to playing Jonah Bolden, Amir Johnson, and the newly acquired, Justin Patton. No Embiid and Boban is clearly not an ideal situation for Philly. But at least the on-court rivalry between Russell Westbrook and Embiid won’t be in effect, which will avoid any hostile distractions during the game.

That’s not to say the Sixers are better off without it, but a refreshing change could be good for the Sixers. The last time the Sixers and the Thunder met, it was back in Philly before the significant change, when the Sixers acquire Tobias Harris. Maybe Harris’ presence will help the Sixers out this time around. Regardless of who’s here or who’s not, the Sixers need to finally win.

This streak is getting out of hand

Last time the 76ers beat the Thunder was back on Nov. 15, 2008. The Thunder's 10th game since moving to OKC. Westbrook came off the bench to score 13 points for the Thunder, while current GM Elton Brand scored 15 points for the Sixers.

The last time the Sixers defeated the Thunder, their current General Manager was still lacing up his sneakers and playing. At that point, ‘The Process’ hasn’t even fully begun. And the Thunder’s star, Russell Westbrook was coming off of the bench. Nowadays, the Sixers can go toe-to-toe with some of the best and come away with a win, but the Thunder always finds a way to break Philly.

There’s some good news for the Sixers on Thursday though. Thunder guard, Paul George will miss the game with a shoulder injury. So there’s that. However, it’s kind of hard to bet on the Sixers right now. Especially after they just barely squeaked out two wins against Miami and New Orleans. I wouldn’t count on the Sixers coming out on top, but crazier things have happened in the past. Let’s break the streak, Sixers.