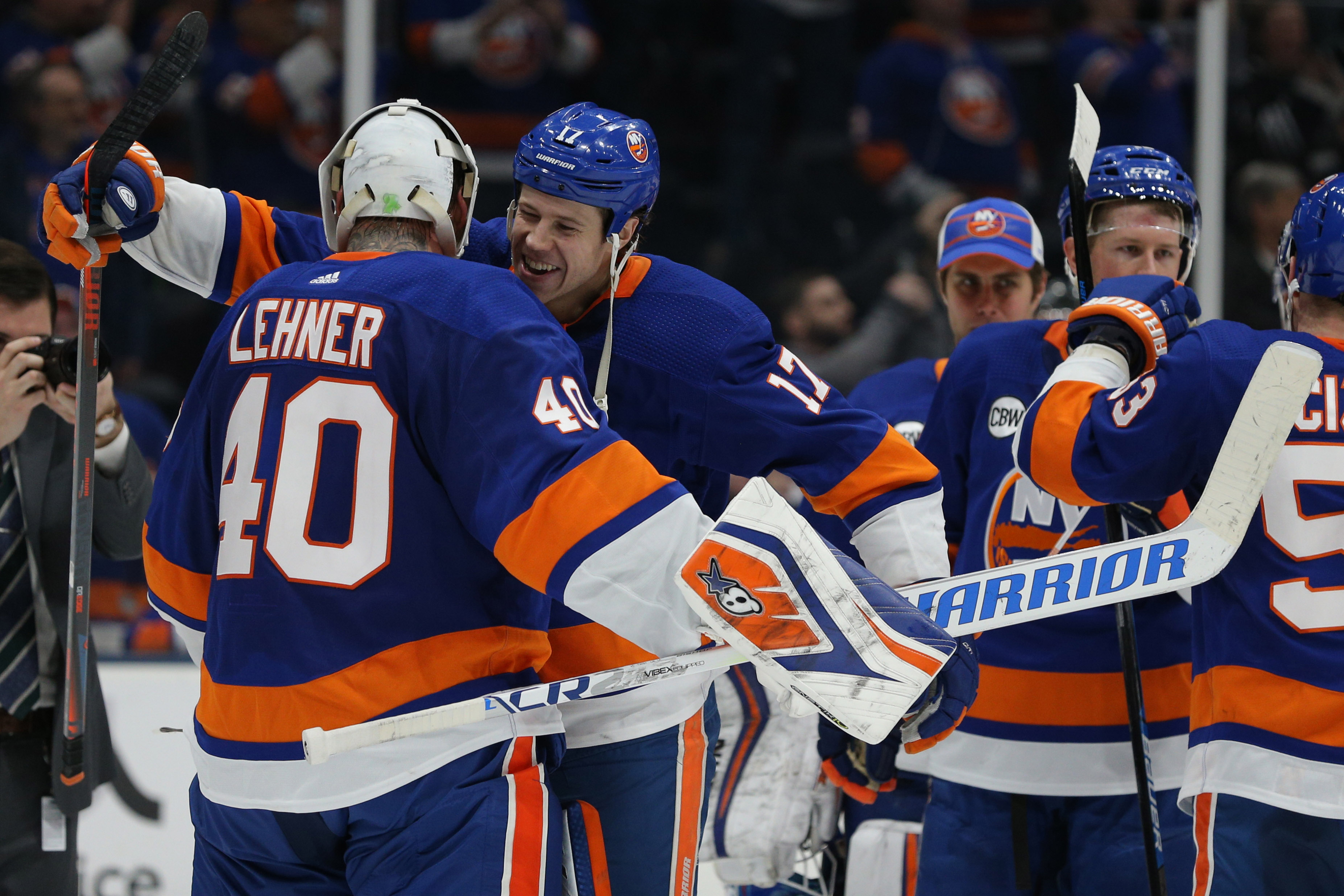 UNIONDALE, N.Y. — In a game the Islanders needed to win against an opponent their fans wanted to see them beat, the orange and blue came through on Thursday Night at Nassau Coliseum.

The Islanders defeated their former captain John Tavares and the Toronto Maple Leafs 6-1 in an emotionally charged atmosphere. The boos rained down on Tavares and the chants never stopped during the 60-minute affair on Long Island, Tavares’ first time back since he left the Islanders via free agency in July.

The hype had been building up for the weeks and days leading up to Thursday night’s game. Fans arrived hours in advance to the game and made the Nassau Coliseum a very unfriendly place for the visiting Maple Leafs.

Despite allowing the first goal of the game, the Islanders put up a solid effort in the first period to contain a dangerous Leafs team. The opening 20 minutes was the only period the Islanders were outshot in the game.

The Islanders outshot Toronto 27-22 in the final 40 minutes of Thursday’s contest.

“Just the way we came out and played, I’m really happy about that,” said Robin Lehner, who made 34 saves in the win. “I think the first two periods were both ways and we played hard. We played to our system. We did it shift after shift, and good teams are going to get chances anyway, but we kept going. What a win.”

The circumstances surrounding the game certainly made it a unique situation for players in both locker rooms. Anger and animosity over the way that Tavares had left the Islanders in July had not died down and the crowd was expected to make their feelings felt when he finally returned.

Tavares was booed loudly when he stepped onto the ice for warmups and each time he stepped on the ice or touched the puck during the game. Fans had been seen burning Tavares jerseys and running over them with vehicles in the parking lot before the game.

“Obviously I expected it was coming,” Tavares said about the fan reception. “No one has walked in my shoes. I know that and I just tried to be open and honest. Obviously, no one has to like my decision, but I just tried to explain what it is and how I got to that point. It is what it is.”

John Tavares and the #Leafs hit the ice for warmups #Isles pic.twitter.com/rivzFG2fBl

The Islanders did play a tribute video for Tavares during the first stoppage of play in the first period. The roughly 90-second video was serenaded with boos the entire time from the fans.

A situation that was somewhat disappointing to Isles forward Cal Clutterbuck.

“Maybe during the tribute, they could have maybe given them a round of applause,” Clutterbuck said. “He put everything he had into winning here. But I understand both sides.”

There had been plenty of chatter about how the game would play out on Thursday, but the players and coaching staff said that the noise outside never made it into the locker room.

“You guys were talking about it. We’re not talking about it,” Lehner said, referring to the media. “That’s all you guys. We’ve moved on from all of this. This was for the fans. They can think whatever they want. It’s not my judgment. I don’t judge anyone. But we’re not worried about any of that stuff. We don’t listen to it. It’s all you guys.”

Zach Hyman opened the scoring on Thursday night at 13:33 of the first period to put the visiting Leafs up 1-0. The lead was short lived with Anthony Beauvillier scoring at 16:16 to even the score at one.

The Islanders took the lead in the opening minutes of the second period. Anders Lee finished off a feed from Brock Nelson for his 22nd goal of the year. The Islanders dodged a potentially game-changing bullet when the officials waved off a goal by Hyman.

The Islanders took full advantage of the situation, extending their lead to 3-1 in the middle of the second period of a Cizikas shorthanded goal. Valtteri Filppula scored to male it 4-1 with a minute left in the middle frame and Nick Leddy scored 33 seconds into the third to make it a 5-1 contest.

Nelson scored his 20th goal of the season at the 8:41 mark of the third period.