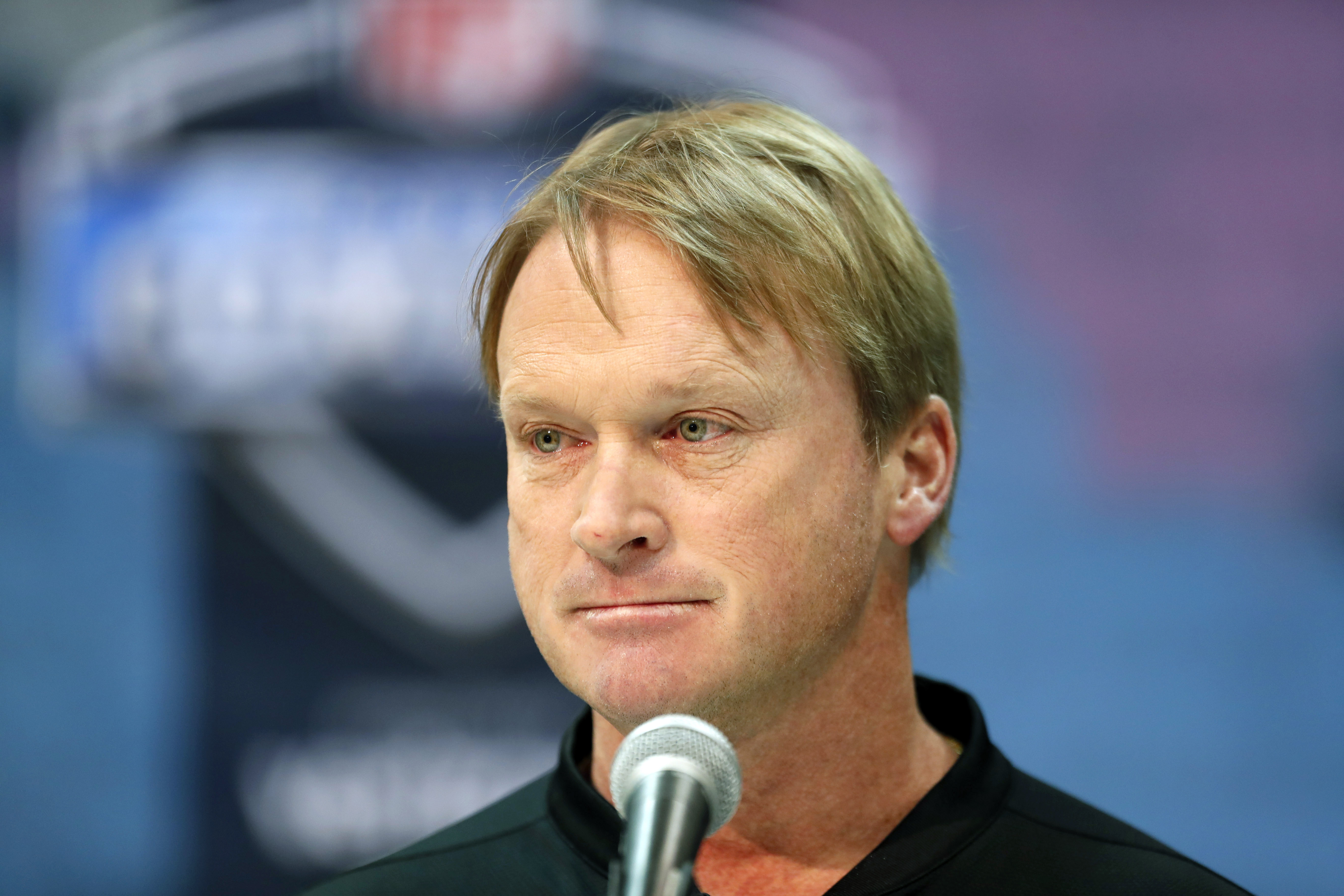 rRaiders head coach Jon Gruden took a lot of criticism for his decision to trade otherworldly pass-rusher Khalil Mack, and understandably so.

Mack is a generational player, and is already one of the best defensive players in this era. He’s disruptive every time he lines up to rush the passer, and has shown the ability to beat double — sometimes even triple teams (if you count being chipped as a blocker).

Gruden, however, is now moving on from it, which he made very clear in October, getting testy with the media over questions about it. He’ll now have his chance to use one of the first-round draft picks he acquired to potentially draft Mack’s replacement, which will need to happen, given that the Raiders recorded only 13 sacks last season, while giving up a whopping 52 themselves.

As such, it wasn’t surprising that Gruden was asked about the trade at the Scouting Combine on Thursday. And, sure enough, he was not happy with the question.

Gruden asked about getting 2019 picks from Mack trade: "I'm getting tired of you bringing that up, Khalil Mack. We made the trade for a lot of reasons, whether it's popular or not … for the fans that aren't happy about that, we're really sorry about that."

Gruden on Mack: "It's hard to replace a guy like that. It's sensitive. I'm still sensitive about it … I do know this: my brother didn't get anything for Kirk Cousins except a compensatory pick. At least we got some picks. We got a chance to do something with them."

Comparing Kirk Cousins’ situation to Mack’s is like comparing apples to oranges, and is flawed logic. It’s possible that he’s insinuating there was no chance the team was going to be able to re-sign Mack, but whatever the reason, it didn’t seem like there was much effort by the Raiders to possibly work out a long-term deal.