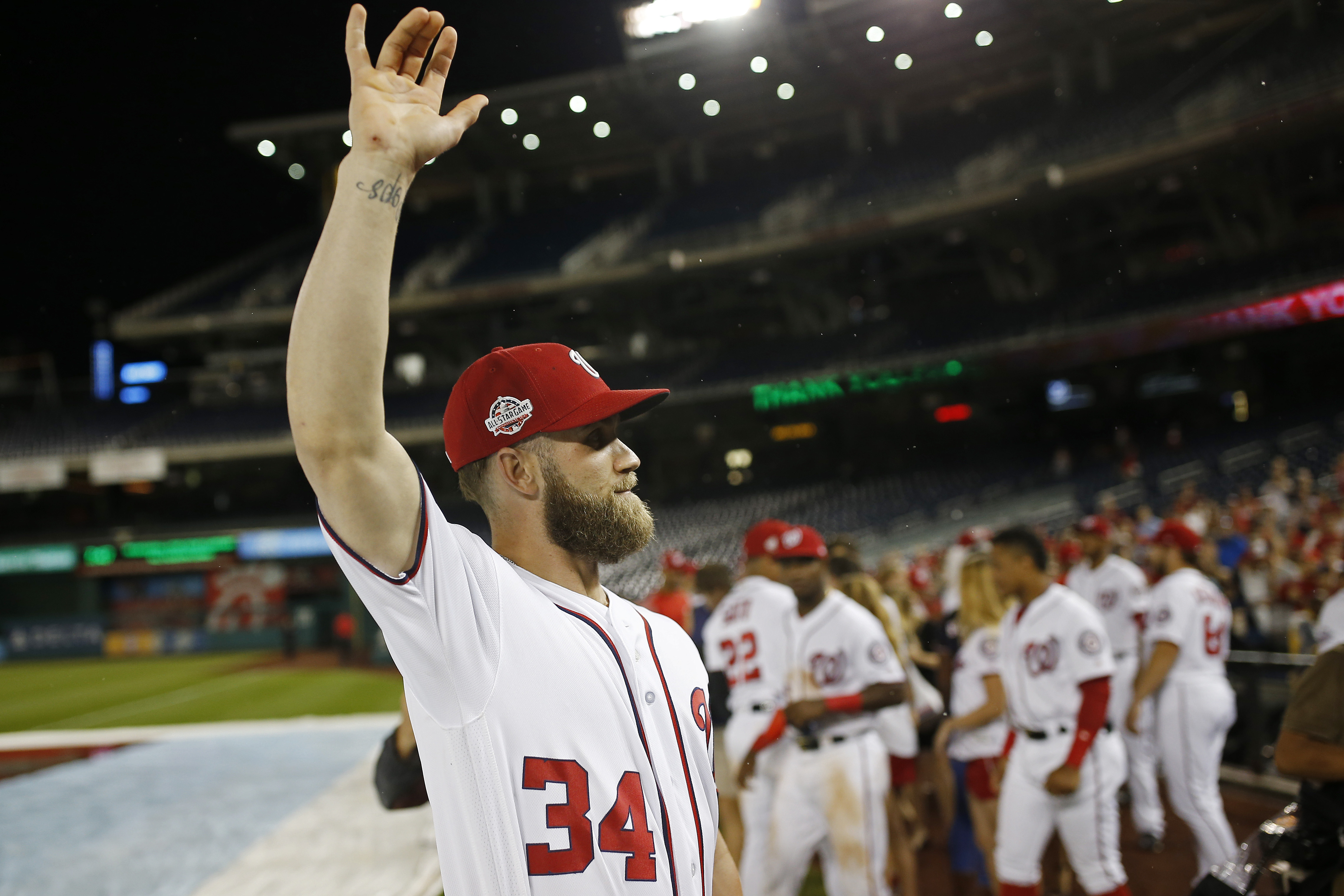 Superstar slugger Bryce Harper remains a free agent, even though spring training games have been taking place for nearly a week now, which speaks to the power superagent Scott Boras has, and the lack of urgency from teams.

A number of other free agents — including Dallas Keuchel, Craig Kimbrel and other stars — remain on the market, but all eyes are on Harper, and where he might land. His slugging prowess can transform a playoff team into a legitimate World Series contender, especially if he’s hitting in front of another solid hitter in the lineup.

Apparently, three MLB teams are in the mix for his services, with the Nationals and White Sox having dropped out. It’s now down to the Phillies and Giants — both of which offered long-term deals — and the Dodgers, who are rumored to have offered something considerably shorter.

Phillies, #SFGiants and Dodgers all appear to remain strongly in Harper mix, and barring something unforeseen, it appears Harper will pick one of those 3 teams. Philly is in for 10 years, SF is too (via @PavlovicNBCS), LA is viewed as desirable locale tho term offered unknown.

The Giants and Phillies are both attractive destinations for the long run, as they’re first-class organizations with both young and veteran talent on the roster. As for the Dodgers, they’ve made it to back-to-back World Series, and they could return again this upcoming season — giving Harper the best chance to win now. Not only that, Los Angeles is only four years from Las Vegas — where Harper lives, and was raised.

It will be interesting to see where he lands, as it appears his decision could finally be coming soon, possibly by the end of this weekend, so stay tuned.