Otto Porter reflects on time with Wizards, while embracing Bulls 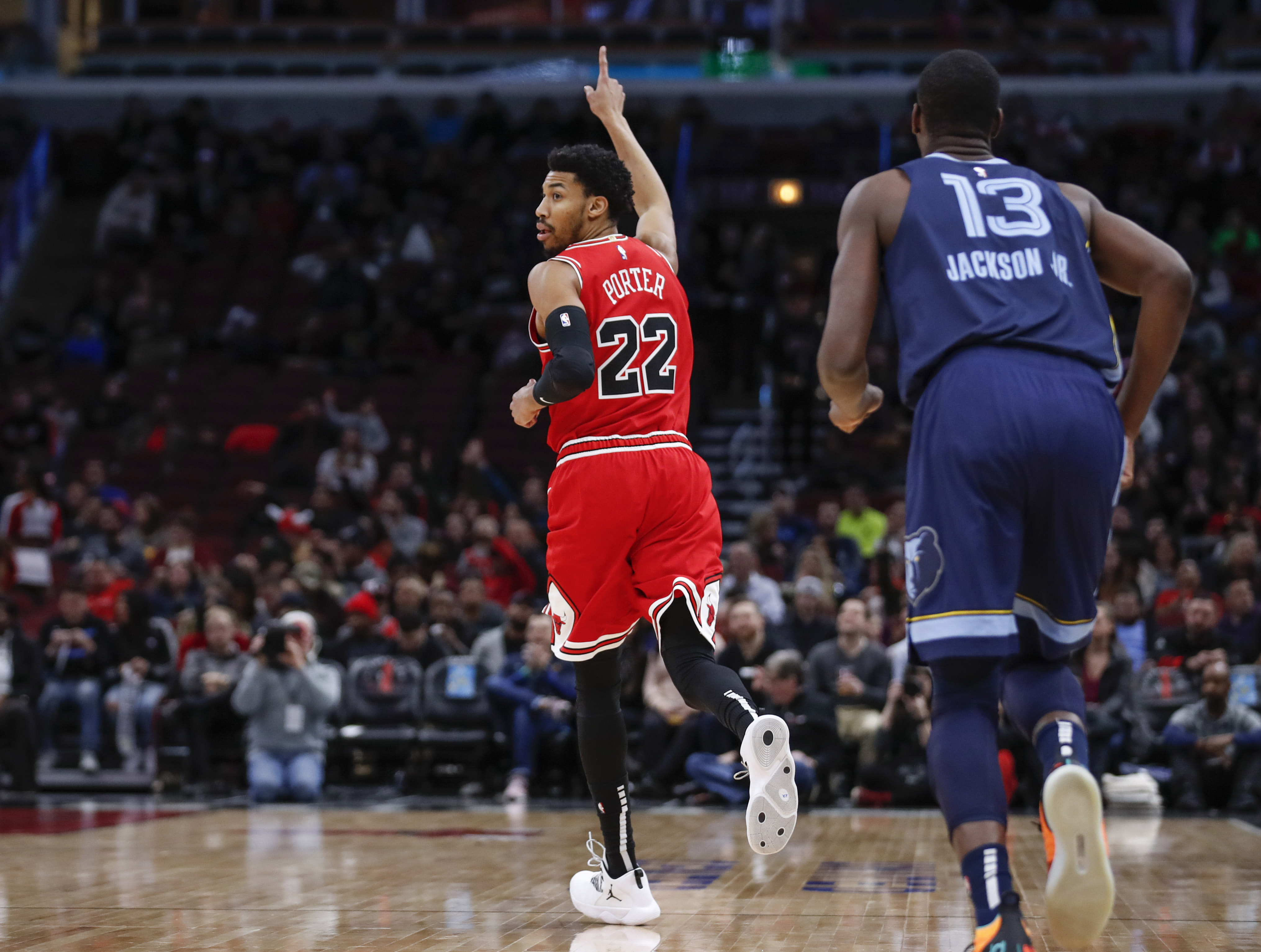 Otto Porter reflects on time with Wizards, while embracing Bulls

MEMPHIS — There is no question that this season did not go as plan for the Washington Wizards. Granted, that could be said about years prior, too, but the 2018-19 season brought more adversity than the usual self-inflicting woes. Fans have become accustomed to it, but it was still not any less frustrating: playing down to their competition, selfish play, and turmoil within the locker room that Porter was a role in.

The Wizards lost their five-time All-Star point guard, again. This time for the foreseeable future as John Wall ruptured his left Achilles tendon, which will keep him out until January 2020 at the earliest. More likely is that Wall does not play a meaningful game until the 2020-21 season. Before the rupture and with the expectation that Wall would return for the 2019-20 season, forward Otto Porter Jr. was told by ownership and the front office that he would not be dealt despite the trade deadline looming.

That all changed on February 6 less than an hour before tip-off against the Bucks in Milwaukee, Porter was traded to the Chicago Bulls ending his five years playing for Washington. He said things changed so quickly, he was not able to process it all.

Porter recalls the conversation he had with management about not being on the trading block, but then said things changed once news of Wall’s injury surfaced. Nevertheless, he mentioned that he understood that this is a business and the Wizards’ front office had to make decisions based on what was going on at the time.

During his stint in Washington, many would agree that Porter never played up to his full potential. The 6-foot-8, forward, was picked third overall in the 2013 draft and recently signed a four-year, $106.5 million contract prior to last season. He averaged 14.7 points that year, and while wearing a Wizards jersey, he and his team never got past the second round of the playoffs. Despite the highs and lows, Porter said he enjoyed and appreciated his time in Washington, especially during his time at Georgetown.

“Just an amazing time in D.C.,” Porter said. “Growing a lot and learned a lot. It’s home for me. That’s like my second home. I pretty much grew up and became the person I am today, D.C. influenced. My college is still there. Just the city, they showed me so much love. D.C. is an all-around great city, great fans, and a great location to be at.”

One of the biggest gripes people had with this Wizards team is their defense or lack thereof. Porter agrees that not locking up their opponents night in and night out as well as failing to play team basketball were their biggest flaws.

“The defense, just [not playing] the playoff defense [in the regular season] and just being consistent,” Porter said. “Learning the concepts and just playing for each other.”

Since being traded, Porter said he has not spoken with the team brass, but has kept in touch with former teammates like Jeff Green, Ian Mahinmi, and Tomas Satoransky. He won’t openly say it but he seems happier to no longer clash with Wall as multiple people have told Hoop District of mutual distaste between the two. With a fresh start in Chicago, Porter is focusing on his own growth and bonding with his new teammates.

“I don’t think nobody’s is happy when they get traded,” Porter said. “But you definitely have to move on. You have to move on from that situation and look forward to the new opportunities. It’s business, so you can’t hold too much of a personal grudge or anything like that. But right now, when you get traded, you got to look at it as a new opportunity to improve yourself, the game, and your team.”

Porter is doing just that. On Tuesday night, he had 20 points in the win against the Grizzlies. It is also worth noting that he is averaging 18.1 points so far since playing in Chicago in seven games. During that short time, he has already set a new career-high with 37 points. He was embraced by Bulls’ guard Zach Lavine after the win in Memphis as Lavine joked that their success is steaming from Porter’s presence. The Bulls have won five of their last eight games and even Chicago’s head coach Jim Boylen praised Porter for his leadership.

“Another thing I said to the team [after the game], is he settles us down,” Boylen said. “He’s poised. He makes the big shot when we need it. … So, we’re thankful for him.”