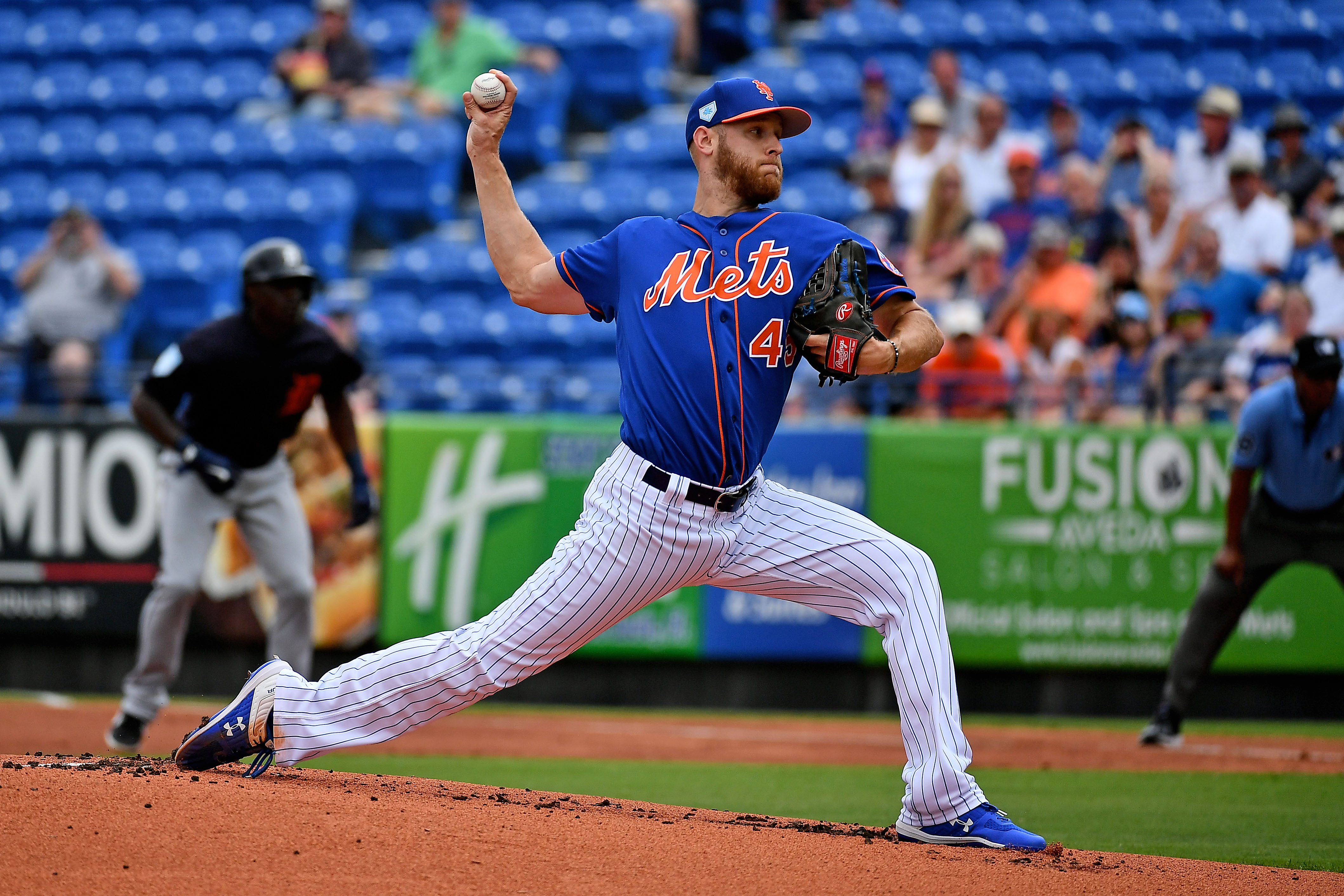 While most of the attention surrounding the New York Mets has been focused on potential contract extensions for Jacob deGrom and perhaps Noah Syndergaard, its worth noting that neither pitcher can be a free agent until at least 2020. The one guy who can hit free agency after this season is righty Zack Wheeler, who has indicated previously that he is open to a contract extension. Wheeler isn’t as open to any kind of hometown discount at this point, baseball insider John Harper reports for SNY, meaning the Mets would have to make it worth the righty’s while to stick around.

Wheeler, who went 12-7 with a 3.31 ERA for the Mets in 2018, was one of baseball’s most dominant pitchers in the second half. That stretch included a 9-1 record with a 1.68 ERA in 13 starts, a period where Wheeler was even better than deGrom, who went on to win the Cy Young award. The tricky situation for the Mets is that this is the healthiest and most productive Wheeler has been with the team, making a long term deal risky business. When asked about his views on free agency, Wheeler said:

“I’m pretty close to free agency so obviously it would have to be right on my end. You’re this close, this is what you work for, to get to free agency.”

In other words, Wheeler knows that he is about to get paid handsomely on the open market, so he would rather bet on himself than give the Mets a discount. If Wheeler is able to come close to repeating his overall numbers from 2018, he would be one of the top prizes on the free agent market. Lefty Patrick Corbin, who is the same age as Wheeler and has a similar injury history, received a six year deal worth $140 million from the Washington Nationals this winter. Wheeler surely must believe that he can beat Corbin’s contract with a strong year, so his motivation to give the Mets a team friendly deal is non-existent.

This is the risk the Mets have run by refusing to extend their players, and it is a dance they could have to deal with if they don’t lock deGrom up by Opening Day. The closer a player gets to free agency the more tempting it is to just bet on themselves and see what the open market has to offer. This approach means that Wheeler is pretty much a goner after the season, and if the Mets aren’t careful deGrom could walk right out the door behind him in 2020.