Dwayne Haskins 'dreams' of being drafted by New York Giants 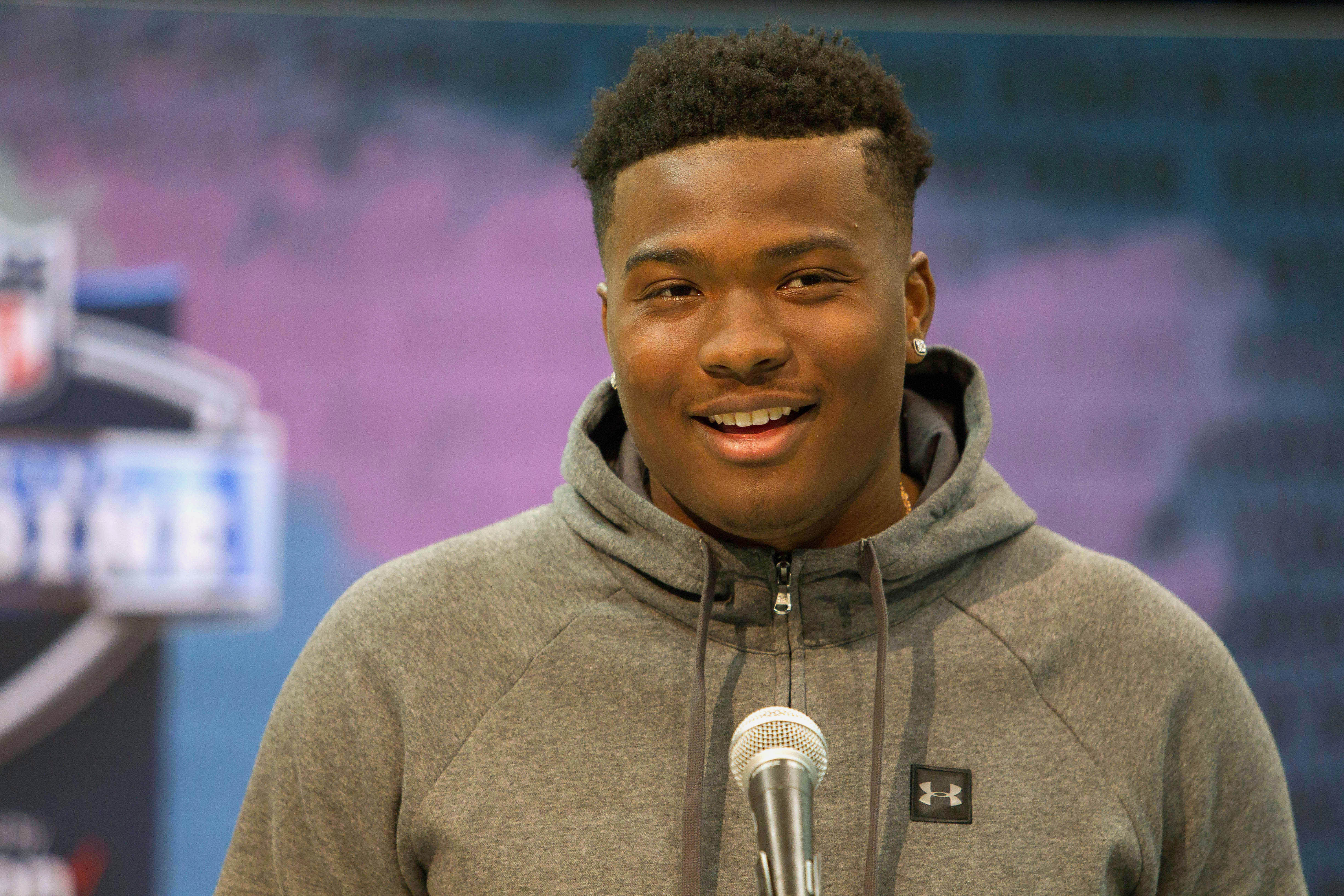 Dwayne Haskins 'dreams' of being drafted by New York Giants

The New York Giants elected to pass on drafting a quarterback last season, but it appears likely that they’ll do exactly that this year, especially given that they have the sixth overall pick.

Being in that position may not allow the Giants to target Kyler Murray, who is starting to look like a top-3 pick, but it leaves the door wide open to draft someone like Ohio State product Dwayne Haskins, who, depending on who you ask, is ranked as the top overall signal-caller in the 2019 class.

Haskins, on paper, looks like a great fit in the Giants’ offense. He’s mobile and also has a strong arm — allowing him to make all the flows. The Giants’ offense, could actually become dynamic again, given the playmakers they have, such as Odell Beckham Jr., Saquon Barkley, Sterling Shepard and Evan Engram.

Not only that, Haskins was born and raised in Highland Park, New Jersey, so it makes sense to bring him back home. He appears to want that to happen.

“I mean, growing up in New Jersey, I grew up a Giants fan, so it would be a dream come true as far as being able to go back home where my family is and play for that franchise,” Haskins said during his combine press conference, via NFL.com. “(They have) a lot of really great skill players. Either way, when it happens throughout this process, I’m just going to be excited to be in the NFL. Of course New York would be a great spot for me.”

We agree with him. The Giants look like a great fit, and it’s starting to look more and more likely that they’ll take him if he’s available at No. 6.