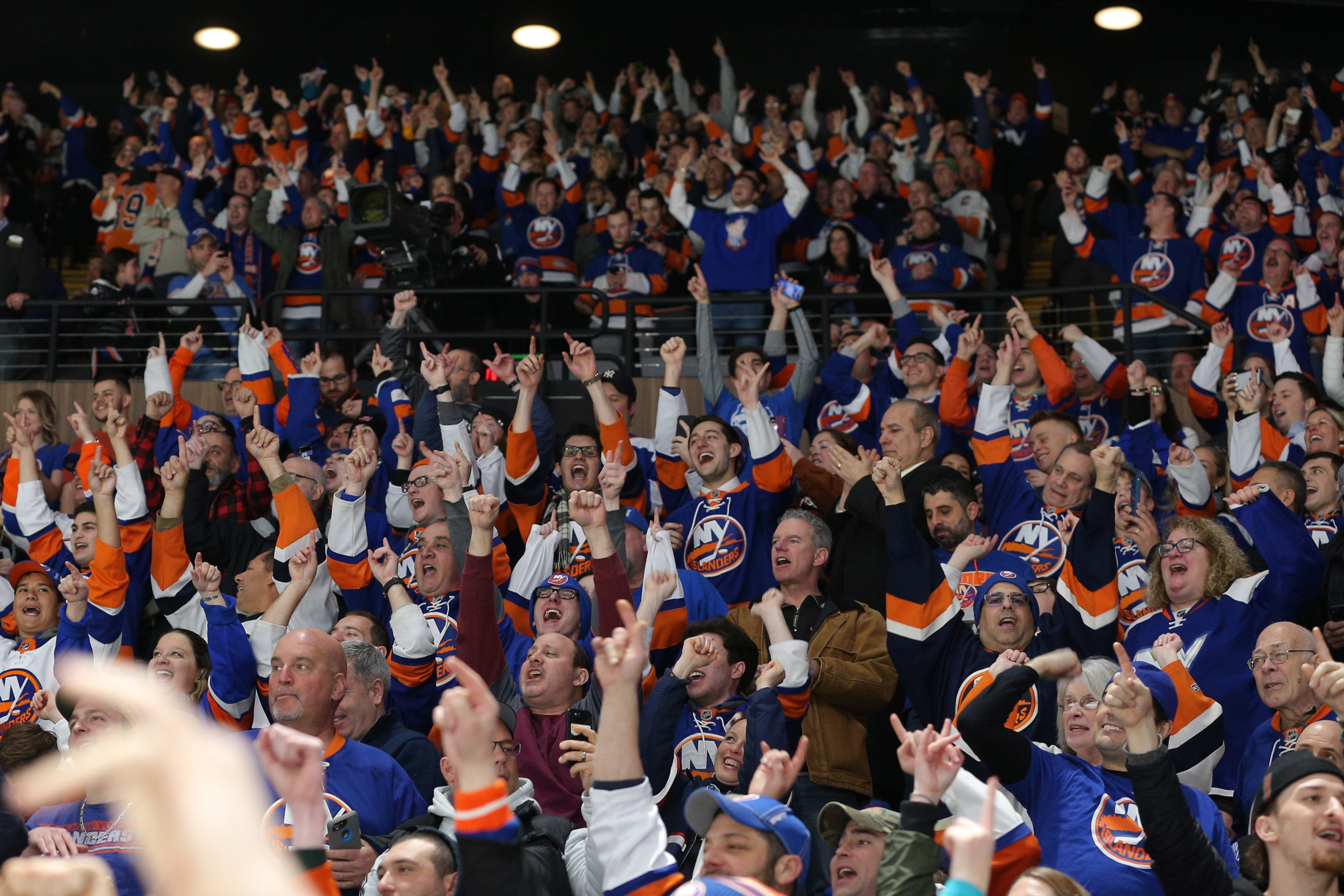 UNIONDALE, N.Y. — It’s not too often that something as hyped up as Thursday night’s game against the Toronto Maple Leafs actually lives up to that hype. Well, the Islanders showdown with their former captain John Tavares and his new team bucked the trend and did just that.

It’s hard to truly convey just what it was like to be in the Nassau Coliseum for that game. Perhaps it was like being in the stands for a Duke-North Carolina game at Cameron Indoor Stadium or watching a soccer game from the stands of Old Trafford.

Ther boos never stopped — not even for a tribute video the Islanders played for Tavares during the first stoppage of play. The chants never stopped.

“It was special in some ways,” Islanders coach Barry Trotz said about the atmosphere and situation surrounding the highly anticipated matchup. “To me, it was that playoff atmosphere. You had two teams that had a little emotion in the game. Had some skin in the game and I thought we responded pretty well after they scored the first goal.”

For three-plus hours on Thursday night, Nassau Coliseum was the most hostile building in all of the National Hockey League.

Fans burned Tavares jerseys in the parking lot, wore their pajamas to mock the photo that the former captain had tweeted minutes after signing with the Maple Leafs in July (technically they were Maple Leaf bedsheets in that picture) and creatively chanted their way through the 6-1 win.

No one can deny chanting “Past Your Bedtime” or “Where’s Your Jammies” is nothing short of impressive.

First chant of the night for Tavares is anatomical (parental warning). Followed by, “We don’t need him.” #Isles pic.twitter.com/ribZ0H6ONz

The expectation from some had been that Thursday would be an ugly scene. Islander fans anger over Tavares’ decision to leave has not subsided and the fear that items would be thrown on the ice during play was there.

Sure, there were a few knuckleheads that launched rubber snakes onto the ice during warmups and someone attempted to hit Tavares with a jersey as he left the ice. However, that fear never became a reality and the game was something unlike anything many people had seen for a regular season hockey game.

“They did a great job,” Casey Cizikas said about the fans. “It’s never easy coming into this building when they’re in full force like that and that’s why you have home ice. For reasons like that.”

A day later, the takes are still rolling in about Tavares’ return to Long Island. Some people enjoyed what they saw, others did not, but Thursday’s game wasn’t about them.

It was about the Islander fan finally being able to say their peace. And that’s exactly what they did on Thursday night.