Kevin Durant appears to question future with Warriors in interview 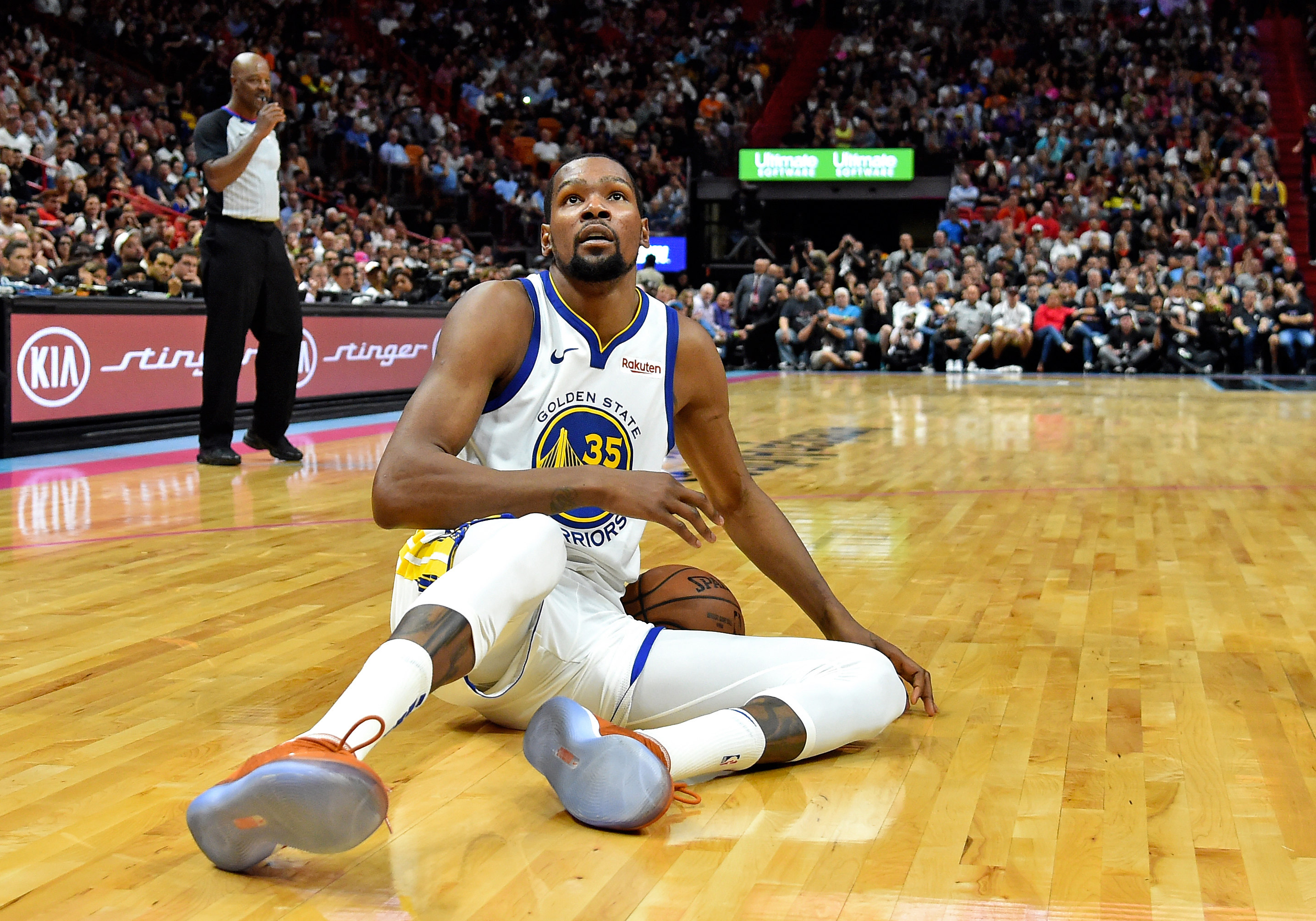 Kevin Durant appears to question future with Warriors in interview

The Warriors are struggling a bit right now, which is sparking talk about the future of the franchise, given that both Kevin Durant and Klay Thompson will become free agents this summer.

Thompson has made it clear that he wants to remain in Golden State, although how this season ends could possibly could his mind, as could the money. Still, it appears more likely than not, at this time, that Klay will return to the Warriors.

But Durant is a different story.

His personality suggests that he’d be inclined to go to a big-market team where he could be “the guy.” Durant has made it clear that he likes to be the center of attention, which anyone who follows him on social media knows. The Knicks have the cap room to make a play for two max players this summer, and KD is No. 1 on their recruiting list. As such, he’s been asked about his impending free agency multiple times, but this particular instance produced an interesting answer. Check out what he told NBC Sports in this exclusive interview with Kerith Burke.

What do you want in free agency? How does legacy play into your next step?

Just the small stuff that I try to [think about], to make sure I have everything covered so I can be the best I can be on the court.”

The fact that Durant posed questions, rather than answering them, does appear to look as if he’s questioning his future with the Warriors, so this summer will be interesting.