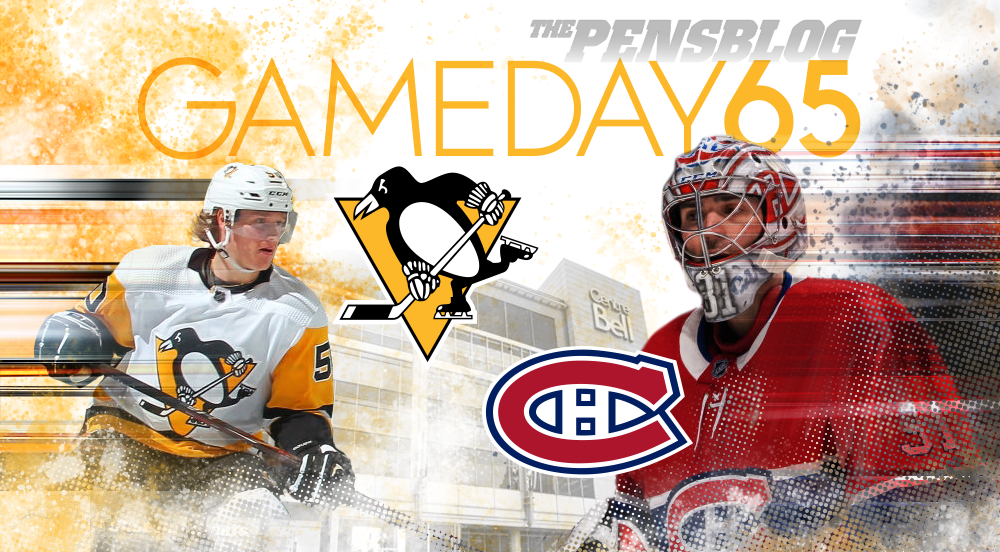 In the second half of this back-to-back on the road, the Pens head from Buffalo to Montreal to wrap up this 3 game road trip.

The Penguins come into this matchup having taken 4 points from their last 3 games, going 1-0-2 across those three games.  Both overtime losses have come from blown leads, with the most recent coming last night in a 4-3 OTL to the Sabres.

These blown leads have become a cause for concern.  Even more concerning is that, despite the Pens being on a point streak, they are no closer to being in a playoff spot.

If the Eastern Conference were anymore of a bloodbath, it’d be an episode of Game of Thrones.

Pens back 2 points from the Habs with a game in hand.  The importance of tonight speaks for itself.  The times, they are a desperate.

Can’t imagine any line changes from last night’s lineup, mostly because there are literally no healthy bodies on this team to come in.  Would guess DeSmith gets the nod in the back-to-back situation, but given the near must-win nature of the game, you wouldn’t fault HCMS to go back to Murr.

Habs come into this also in the 2nd of a back-to-back and are coming off a 4-2 win at Madison Square Garden last night.  Price got the start there, making 28 saves on 30 shots, while Joel Armia scored himself a hat trick.

Would also not be surprising to see Claude Julien go back to the well with Price, though Niemi (8-4-1, .913 SV%) has somehow had more success against the Penguins than Price (12-12-4, .907 SV%) has in spite of the fact that Antti Niemi actually sucks ass.

Somehow, Max Domi leads this team with 59 points from 63 games despite the fact that this slimeball looks like one of the aliens from Mars Attacks got its face smashed in with a shovel.

What to watch for

Ain’t nothing left to say.  Get the two points.  Get back into a playoff spot.  Hold on.

Knock out the Habs.