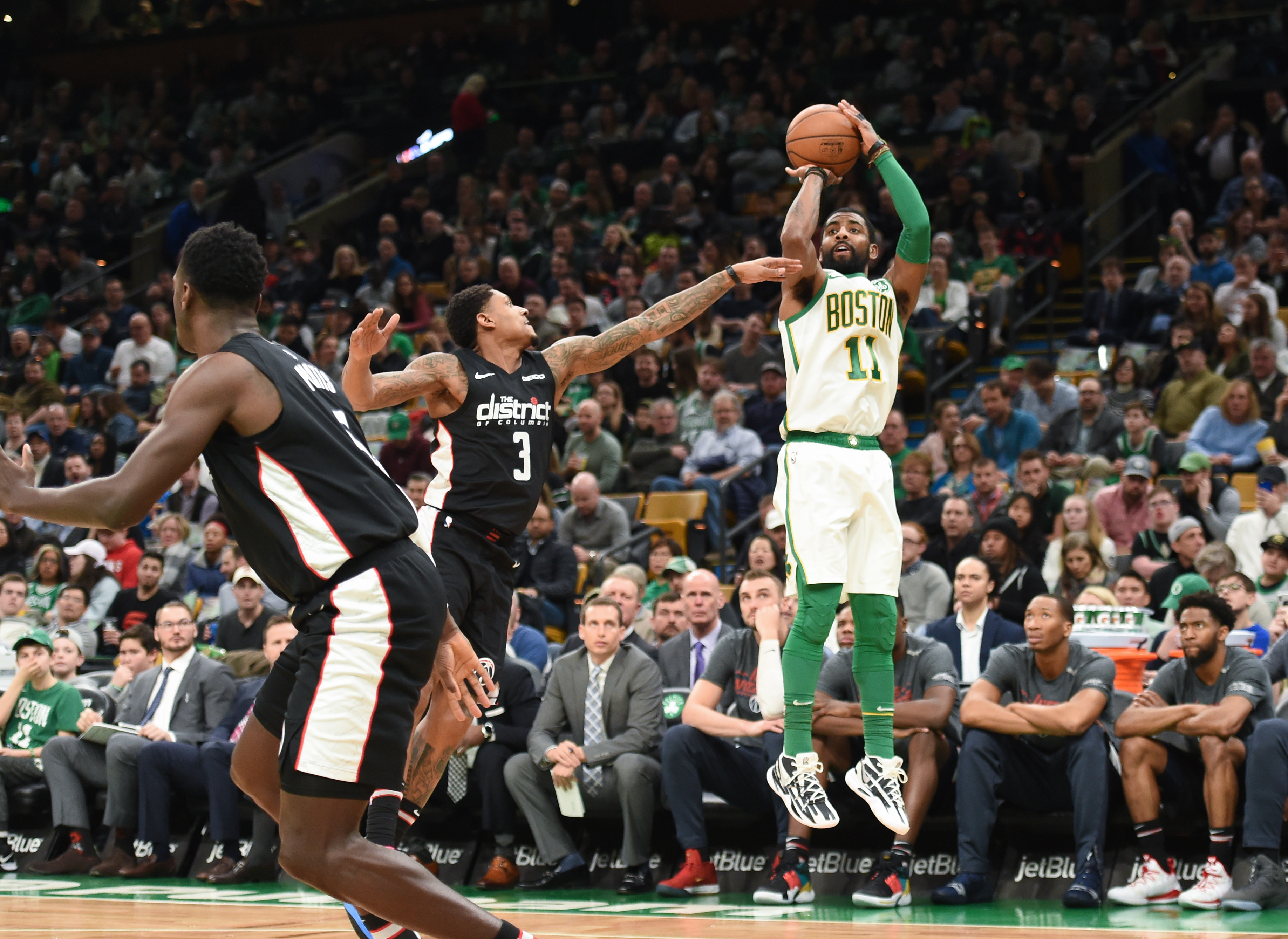 BOSTON – The Washington Wizards entered TD Garden facing a familiar foe in the Boston Celtics on Friday night. When the Wizards battled the 17-time world champions, two years ago it was the best Washington had played in nearly four decades. Presently, the two teams are also in similar positions because they are both having underwhelming seasons.

Boston has some of the Eastern Conference’s top-tier talent in Kyrie Irving, Jayson Tatum, Gordon Hayward, and Jalen Brown, but is just the No. 5 seed, the worst of the East’s truly competing teams. Washington was hoping to rebound to their 2016-17 heights with a revamped roster that John Wall thought might be his best ever. Despite the thematic similarities to this season, the two teams are still in vastly different points.

The Celtics have been pushing through their tumultuous season in hopes that the elite talent will find their way to playoff success. Part of that is because they still hope to make a run at Anthony Davis this summer and will need to keep their assets of Tatum, Brown, and others together, for now, to do so. If anything, Boston deconstructed their roster when they were on the come up and not desperately grasping to hold onto relevancy. The Wizards, on the other hand, have entirely blown their roster to shambles. Only four players remain from last season’s team: John Wall, Bradley Beal, Tomas Satoransky, and Ian Mahinmi.

Bradley Beal: "I feel like this is the fourth team I've been on in a year." pic.twitter.com/YVeCuBvG7e

Otto Porter was sent out in a salary dump for a flyer on restricted free agent Bobby Portis and unrestricted free agent Jabari Parker when his $20 million team option is declined. Markieff Morris was also dumped to get under the luxury tax. Marcin Gortat was shipped out for Austin Rivers to help the locker room, but the latter in addition to Kelly Oubre were flipped for old friend Trevor Ariza. Before the All-Star break, Beal was playing without any of last year’s teammates because of Wall’s Achilles rupture, Satoransky going on paternity leave, and Mahinmi racking up DNP-CDs.

Bradley Beal realizing he is not playing with anybody from last season like pic.twitter.com/yGcSHcaD9h

Kyrie Irving and company snapped a four-game losing streak against Bradley Beal and a bunch of guys named Joe. Boston still has a chance to accomplish everything they wanted this season. They have made their path more difficult with a likely matchup with the Philadelphia 76ers in the first round, but Irving still believes championship aspirations are plausible since he does not see anybody beating them in a seven-game series. Washington is four games out of the No. 8 seed that will eventually get dominated by the Milwaukee Bucks or Toronto Raptors.

Both teams have All-NBA caliber players in Irving and Beal. Apart from that their organization construction is very different. The Celtics have a shrewd general manager that seemingly always gets the better of other teams, while the Wizards have a president that moonlights as an arsonist and firefighter. Brad Stevens is one of the smartest coaches in the NBA, while Scott Brooks has questionable attachments to players that should not be in the rotation (re: Marcus Thornton, Trey Burke, Ian Mahinmi, Jodie Meeks, and most recently Wesley Johnson).

Boston has a deep group of players that also includes Al Horford, Marcus Morris, Marcus Smart, and Terry Rozier in addition to their aforementioned headliners. In a series between the two teams right now, Washington would not have more than one player of the team’s collective 10 best. Tomas Satoransky, Trevor Ariza, or Thomas Bryant may be considered the team’s second best player right now and none of them are better than the nine players named from the Celtics.

The two teams have gone in different directions since playing so evenly less than two years ago. Now the only thing they have in common is falling short of expectations behind a franchise caliber player. Everything else is in Boston’s favor relative to Washington, which should signal to the latter that NBA purgatory is not worthwhile. It is malpractice to give up the chance of the No. 7 overall draft pick for the No. 15 just to get swept by the No. 1 seed in the playoffs. Publically, the Wizards’ organization top priority is still to make the postseason behind the misconception that truly anything can happen in the playoffs.