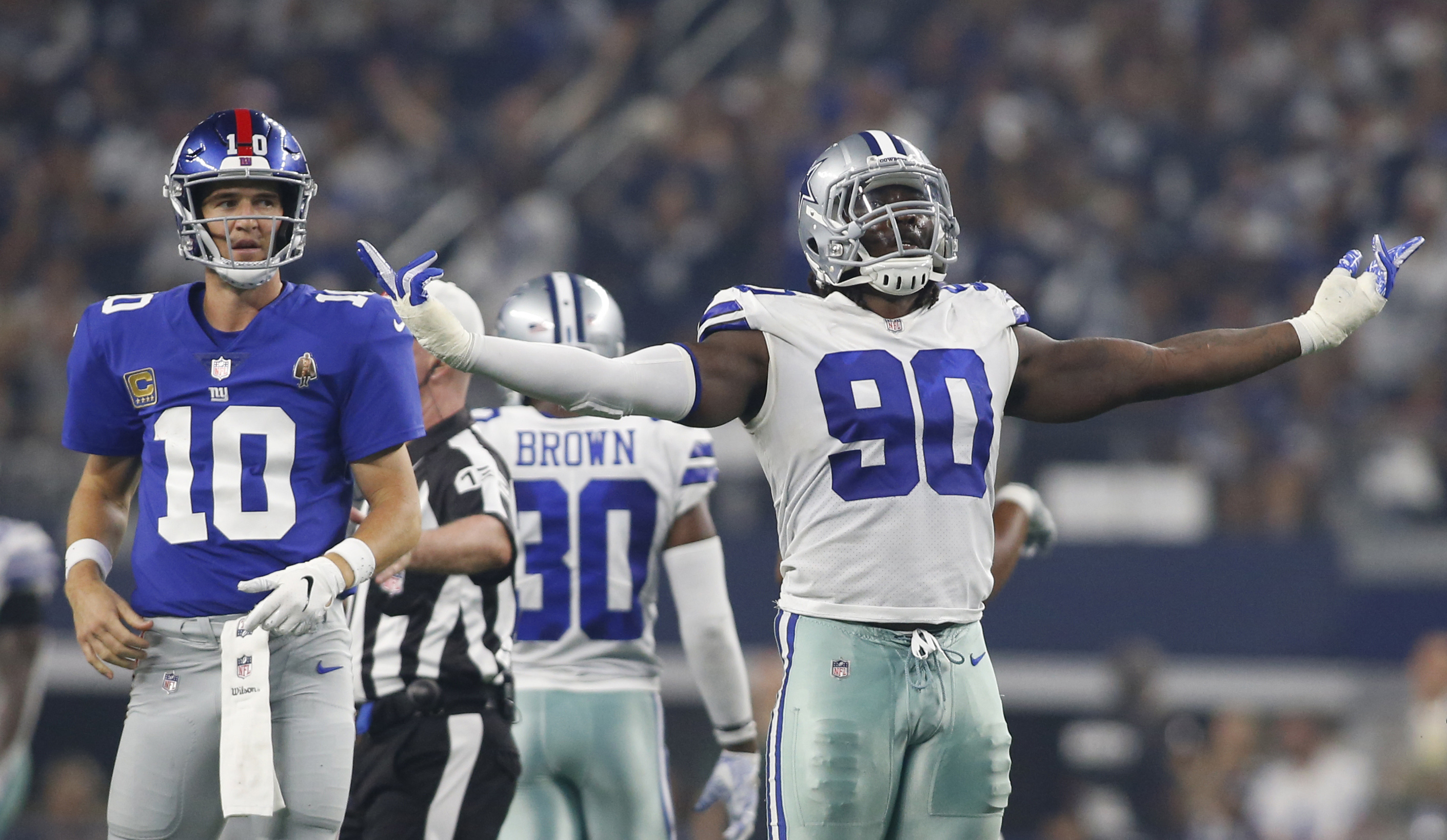 The Dallas Cowboys want to re-sign DeMarcus Lawrence but apparently, he’s not happy with any offers currently.

I’m not exactly sure why it took this long for the Dallas Cowboys to try and lock in DeMarcus Lawrence long-term, but it did, and it’s hurting their chances of retaining him. Last season, Lawrence solidified himself as one of the best pass rushers in the league.

He wanted to get paid the big bucks, but the Cowboys wanted one more solid year out of him before they offered him something long-term. Sure enough, Lawrence delivered all year long.

Now, he doesn’t want a franchise tag. He officially wants to be locked in long-term. He would like it to be with Dallas, but to no surprise, Lawrence will walk if he feels like he’s being shorted by Dallas’ front office.

Just this past week, Stephen Jones made it public knowledge that the Cowboys have officially submitted an offer to Lawrence. He also followed that news up by claiming he’s very confident that they can get a deal done before the league new year.

However, they might have to decide on tagging Lawrence once again before March 5th if a deal doesn’t place. If not, then Lawrence will test the open market and seek offers from other teams. Right now, it’s not looking good for Dallas. Word on the road is that a deal is still far away.

Dallas is paying for waiting

The Cowboys are not close with DeMarcus Lawrence. Don't expect a deal by March 5, barring unexpected miracle offer

According to Cowboys reporter Clarence Hill Jr., the Cowboys have to either send a ‘miracle offer’ or throw the franchise tag at Lawrence once again just to buy themselves some time. It sounds like Dallas will do everything that they can to retain Lawrence, but the issue is that they have to start thinking about their future financial situation as well.

With Dak Prescott’s rookie deal ending next year, Dallas wants to lock him in now. Also, there’s Ezekiel Elliott who’s going to want top running back money, while Amari Cooper has proven that he could turn Dallas’ offense around. Cooper will also be looking for more money next year.

Right now though, the Cowboys have their focus on Lawrence, but it’s not as easy as they made it sound. They have two days to complete a deal and avoid the tagging situation, which Lawrence made very clear that he won’t sign. So it’s big deal or bust for Dallas. Right now, it’s not looking so great.